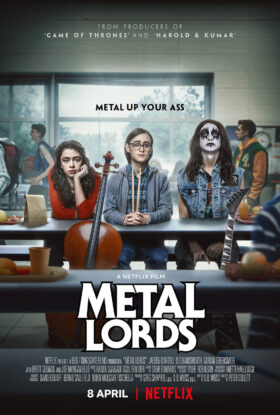 Tagline: Metal Up Your Ass

Hunter: Metal is commitment, Kevin. It’s dedication, sacrifice, mortification of the flesh and all that shit. It’s serious.

Kevin: I am talking to a girl. I’m not even afraid of her. Beer is amazing.

Hunter: Who are you to stop a man who strives with gods?

Kevin: Metal is commitment AND speaking truth to power AND sticking it to the man AND speed. Metal is taking the wheel.

Courtesy is the password to safety.
The path of life shall lead upwards for you.
Let’s finish this up now, someone is waiting for you on that.
More Fortunes >