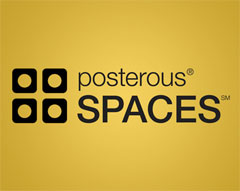 On the morning of March 13th, 2012 I learned that Twitter had purchased Posterous. It’s very big news in the world of microblogging and social media because Twitter is a powerhouse in social media and Posterous is a player in microblogging, a rival or Tumblr.

I mention the date of March, 13th 2012 because as a Posterous user, I received an email from them telling me of the acquisition by Twitter on March 19th.

Look forward to great fortune and a new lease on life!
To let another into your heart, first let yourself in.
The path of life shall lead upwards for you.
More Fortunes >