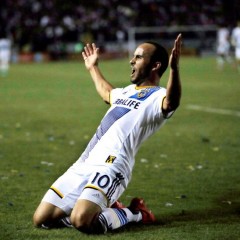 So if Chris had been watching as much soccer as I was, he’d know that “DONOVAN!” was something to be expected, so long as he was on the pitch.

Donovan’s playing days are now behind him, but before his legendary shoes are filled by the equally talented former England and Liverpool captain Steven Gerrard, let’s take a look back at what makes Donovan the subject of admiration. The numbers tell the tale. 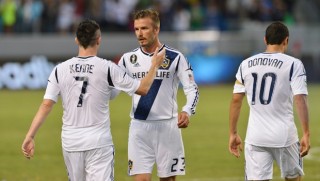 Keane, Beckham and Donovan were a Three-Headed Monster

Donovan is the all-time leader in Major League Soccer (MLS) with 144 goals and 136 assists. He amassed those numbers in 334 games played, starting in 313 of them. In all of those games over his 14 year career in MLS, he only received 51 Yellow Cards and not one single Red Card.

He spent all but three seasons playing in the postseason and those three seasons from 2006 – 2008, included two years with David Beckham. And all those appearances led to a record six MLS Cups.

For the United States Men’s National Team (USMNT), he is the career leaders in goals with 57, with an impressive 24.5% scored in the last 15 minutes which, is in a word, clutch! 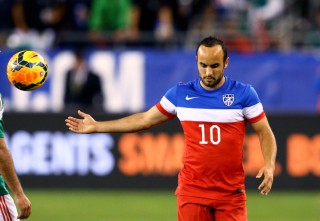 Donovan is also the USMNT leader in assists (58) and minutes played (12,813). That’s approximately nine days worth of pitch time.

Records are one thing, but he also has a ton of trophies both for Club and Country. A few months after his retirement MLS renamed their Most Valuable Player award after the one player who was the face of the league for almost his entire career. You guessed it – the MVP award will now officially be the Landon Donovan MVP Award.

But he wasn’t just the face of MLS. He was also the face of the USMNT and basically of American soccer during the biggest growth period in the sport in recent history in America. Not bad for a guy who maxes out at 5’8″ in height.

His presence will be missed by not just the Los Angeles Galaxy, but also by Major League Soccer and United States Soccer as a whole. He was a titan of the sport who through his skills and accomplishments has made soccer a more mainstream sport in America.

Landon Donovan’s ultimate legacy is unknown. For years to come, future soccer stars born in the United States, playing here and abroad, will have grown up watching Donovan, pointing to him as the reason they continued in the sport. That’s the kind of legacy that doesn’t end when you hang up your cleats.

I watched his last appearance for the USMNT and it was something to see. At that time, at 32 years of age he was still playing at such high quality that you wondered why he was hanging up his kit. The same goes for his performance in his last MLS game, MLS Cup 2014, which his team, the LA Galaxy won.

Beckham went on top, just like former teammate David Beckham did, and on top is where he shall remain. In American sport, where controversy follows talent around like a bad shadow, Landon Donovan was a true hero and class act all around, both on and off the pitch. 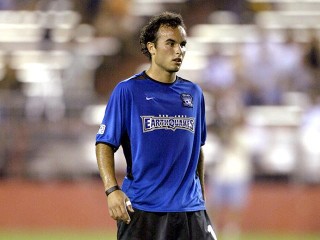 Donovan’s MLS debut was for the San Jose Earthquakes

And he was as honest as the day is long. After being snubbed from the 2014 USMNT roster for the World Cup in Brazil, he stated, “I’ll be completely honest, watching them play Azerbaijan, inside, part of me was thinking, I hope the game doesn’t go very well today … In my heart of hearts, I thought, if we get a 1-0 win and the team doesn’t perform well, that would feel good.” That’s not something you hear very often, but his honestly endeared him to a country still in shock that he wasn’t going to Brazil!

Donovan was asked a question and he answered it. He didn’t say “no comment,” he didn’t duck the question or change the dialogue, or even end the interview. He just told the truth, which is what he was feeling at that time. He is a true man of sport, worth looking up to and remembering, which is something that can’t be said for most of the stars of other major sport leagues here and abroad.

He has helped put both the MLS and USMNT on an upward trajectory. Who knows how far that will take those organizations? Wherever or whenever it ends, their rise to prominence rests squarely on the shoulders of #10. 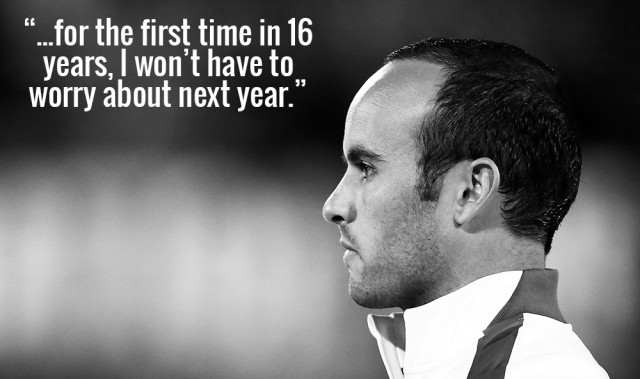 Landon Donovan on his Retirement from Professional Soccer

The path of life shall lead upwards for you.
Look forward to great fortune and a new lease on life!
Even a broken clock is right two times a day.
More Fortunes >