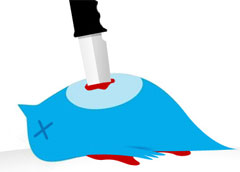 It’s a really simple equation that most people just don’t seem to understand; twitter ≠ facebook. How hard is that to comprehend? Most people can understand that 8 ≠ 2, but twitter and facebook they confuse. It’s not apples and apples, it’s not even apples and oranges, it’s apples and plastic.

I understand that they are both social mediums and forms of communication. But the similarities stop there. On facebook, it’s a two way street. In order to become your friend, you in turn become my friend. So in twitter terms, I can’t follow you, unless you in turn follow me. I understand facebook created a feature similar to this, but it’s just a cheap twitter ripoff. It’s supposed to cut into the market share that twitter has, but it’s not the way to use facebook.

What brings this all about? Why am I ranting in such a way? Because, I am using twitter correctly. I’m following who I want to follow for news, networking or entertainment purposes and in turn I expect that twitter users will follow me for the same reasons. That’s how twitter is supposed to be used. 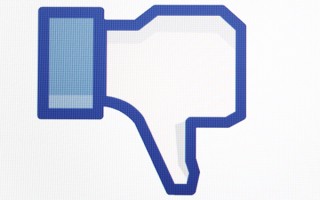 There remains a large portion of twitter users that don’t grasp this concept. They are of the you follow me I follow you or I follow you and you follow me mindset. I know this because for the last month, I’ve been hovering around 40 followers. People who I don’t interact with and with whom I have no connection as well as businesses follow me for a few days and when I don’t follow them back they unfollow me.

Stop it people. I follow 170 people and it’s hard to keep up. Don’t tell me that Mr. 16,000 followers who is following 16,000 people can keep up with his or her feed. I don’t by it. I never will. I subscribe to the notion that if you’re going to use a tool, you use it correctly. Now that I’ve got that off my chest I feel much, much better.