Mr. Zuckerberg I Salute you and your Hoodie 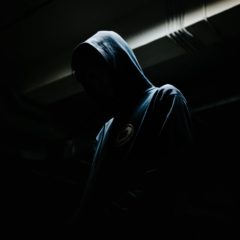 I don’t claim to know all there is about investing and investors and companies going public.  I do, however, know a lot about business and supply and demand. And as for all of this hullabaloo around Marck Zuckerberg and his hoodie, I completely understand… But as for the news outlets that are just reporting the surface facts, they are completely missing the point.

Mark Zuckerberg, like him or not, created facebook. He and his vision for the social network have made our world smaller and it’s arguable whether that’s for better or for worse. His little college side project has taken on a life of it’s own. But along the way, through the good and the bad, it’s been Zuckerberg at the helm. It’s always been his vision, he’s always been in charge. Facebook isn’t a car with a navigator it’s a motorcycle with Zuckerberg at the helm.

He has raised facebook to a level that I doubt any one else could have. And as such, he is facebook. His wearing a hoodie to an IPO meeting with investors, should have given the investors confidence, not the feeling that he is “immature.” He gave them the ultimate in faith and they rejected it.

Faith? Yes, faith. In the face of going public, the face of Facebook, Mark Zuckerberg, isn’t going to change and for Facebook, the social network, and for its investors and consumers, that is not a good thing, it’s a great thing.

The knowledge that Facebook’s leader is firmly in place is an assurance of Facebook’s continued success. The story that should have been written was why didn’t the investors wear hoodies? It seems the attire should be defined by the industry. Chef’s wear aprons, baseball players wear jerseys and hackers wear hoodies. It’s a simple as that.

Things are turning for the bright side.
Look forward to great fortune and a new lease on life!
Good clothes open many doors. Go Shopping.
More Fortunes >