Only a few people in the world are cool enough to call Dr. Seuss “Ted,” and one of them is Ralph Bakshi. Their connection is through The Butter Battle Book, which Dr. Seuss wrote and which Bakshi helped bring to life as an animated television special. 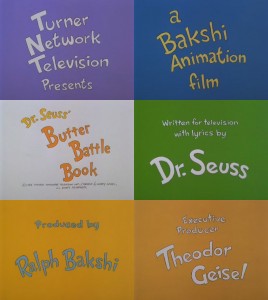 The Butter Battle Book written by Dr. Seuss a.k.a. Theodor Seuss Geisel was published on January 12, 1984. Almost six years later on November 12, 1989, the animated television special aired on TNT. It was produced and directed by Ralph Bakshi.

“Ted called me personally. He wanted me to do it. I jumped at the chance to work with him… I think Seuss thought that Butter Battle would appeal [to me] which is why he called me,” Bakshi disclosed in an email. And the timing of this project couldn’t have been better: The opportunity happened after the success of “This Ain’t Bebop,” and the controversy surrounding the end of his New Adventures of Mighty Mouse run, which also saw the cancellation of a series for Nickelodeon called “Junktown” that was only aired as a special called “Christmas in Tattertown.”

Why did Seuss call? He’d never truly been satisfied with any previous screen versions of his books. Bakshi wanted to produce a faithful adaptation and with Seuss doing the storyboards himself, both were happy with the final product.

How great an influence Bakshi had on Seuss’ vision for the animated piece remains to be seen beyond the storyboards, but they were both on the same page with the same goal in mind. “We had meetings at his house,” Bakshi wrote. “Going over storyboards, and his art collection. And we ate pizza with margaritas.” 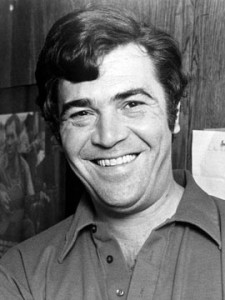 Although Bakshi had done children’s animation before with the now cancelled New Adventures of Mighty Mouse, his work at Terrytoons, and his contributions to the 1967 Spider-Man television series, it was an unlikely pairing at the time, but it worked. These two industry giants may have come together in a relaxed atmosphere, as outlined by Bakshi, but they put together a masterpiece the likes of which we are unlikely to see again.

The book and the animation are, in fact, very similar to each other. Bakshi told me via email “adapting Seuss to animation isn’t really adapting at all. He worked in animation and knew what his drawings would look like on the screen as did I. My job was to get his drawings to move in his style.” But there’s more to this masterpiece than just getting static drawings to move.

Under Bakshi’s direction with Seuss’ hands all over, this animated special feels like a director’s cut of the book, with extra musical numbers and dialogue added or subtracted in parts, while the music and military drum beat fill out the piece as a whole. 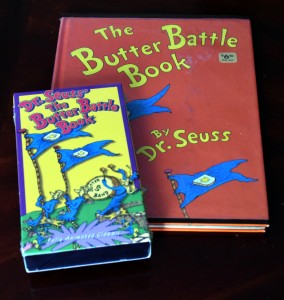 The sort of director’s cut I spoke of comes in the form of the added songs, added quips from the Yooks and Zooks in the background, and a wonderful little piece of action inside the Utterly Sputter, where Granddad, the Yook in control, checks the oil. And one of the background characters even mutters, “It’s acrimonious,” which I found to be hilarious. And the scenes of invention over the course of the arms race are well done, despite being completely foreign to the book from which the story came from.

Each side has a musical theme, strung throughout the songs and into the background score as the special progresses. And that score behind the dialogue is upbeat, but not too upbeat given the nature of the central theme in both the book and animation.

The end of the animation is unlike the book, because shortly after the words “The End” appear on the screen, the word “maybe” appears underneath them in parenthesis. This is poignant and eerily haunting at the same time, especially watching it now as an adult. I can’t help now but to think of the military drums beating, and how I equate them with the drum use in Dr. Strangelove. And like Dr. Strangelove, and even WarGames to an extent, this children’s Cold War parable gives us the same lesson. To quote WarGames, “the only winning move is not to play.”

The fact that the television special is not just a word for word copy of the book put into motion makes it more poignant.

Bakshi said “I personally loved all his books. It would have been a pleasure to do any one of them.” And I really would have liked to see him do more. Truth be told, if I had to choose one, this was the one I’d choose and I’m happy it was even done at all. 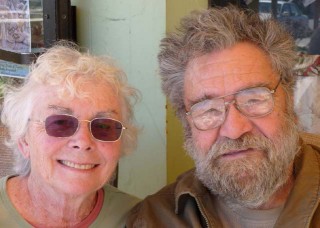 Bakshi wasn’t a stranger to Seuss when the two paired up. “As a young child I took The 500 Hats of Bartholomew Cubbins out of the library in Brooklyn. My wife Elisabeth read all the Seuss books to my kids before I worked with him. And I’m happy she did that.”

This was a perfect match, Seuss and Bakshi. This was something of a dream team. Was it a better dream team than Fire and Ice backed by Frank Frazetta and Bakshi? That’s not for me to say. But Bakshi has no qualms about working with a fellow genius, and he proved that again with The Butter Battle Book.

As of this moment, The Butter Battle Book television special has proved to be the last children’s project audio visual product Bakshi has worked on, but I wouldn’t put it past him to give it another go, should he want to. But for what he created here with Dr. Seuss, this was a masterpiece of a book come to life. And what more could you have asked for.

Look forward to great fortune and a new lease on life!
Nothing in the world can take the place of persistence.
Your moods signal a period of change.
More Fortunes >