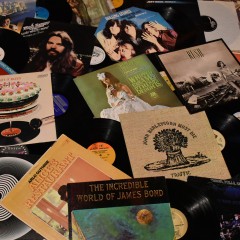 When I’m doing research or writing post drafts “old school” with pen and paper, I listen to vinyl records on a turntable in the basement of my house.

I don’t exclusively listen to vinyl, mind you. It’s just something different. I also don’t consider myself a hipster, either. So I wonder from time to time, not only why I do it, but why there is a cult-like movement that occurred to bring it back?

Vinyl was first introduced by RCA Victor back in 1930 as a 12″ record playing at 33½ rpm. Then Columbia Records improved on RCA’s design in 1939, creating the LP as we know it today. RCA struck back with a 7″ 45 rpm version, which we now refer to as 45’s. Even though the LP won out over 45’s for the most part, that wasn’t the end of the story.

8-tracks were introduced in the mid-1960’s and their popularity lasted through the 1970’s. Meanwhile the first cassette tape was created in 1963 and was ultimately marketed as “hi fi” listening until 1979 when the Sony Walkman was introduced to the public.

This signaled the death knell for 8-tracks, but vinyl remained a stalwart portion of the market despite a lack of portability now only available on the cassette. The other advancement for consumers was the blank cassette, allowing us to create our own mixed tapes. 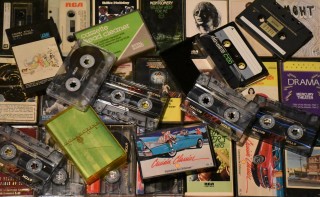 I’m going to stop the histrionics for a moment and tell you that while I agree mixed tapes were the precursor to today’s playlists the two are vastly different. A playlist isn’t limited by anything remotely close to the two 45 minute sides of the longest blank cassette. For those of us, of a certain age, we remember trying to squeeze as much onto one 45 minute side as possible without having a song end prematurely.

We of that certain age, also remember mixed tapes fondly as things we gave to our girlfriends at the time to express our feelings and to our friends to expand their musical knowledge and horizons.

Anyway, the cassette with all of its added uses still existed in the marketplace with vinyl. And then in 1982 or 1983 (depending on who you ask or where you look) the Compact Disc (CD) was released.

The CD was at first hampered by price as early CD players cost a small fortune, unlike when 8-tracks and cassettes were first released. But as the player prices came down and the portable players came out, the CD rose to prominence to become the industry standard.

And with the rise of the CD came the fall of the cassette tape. It eventually died out as vinyl, amazingly, still remained. They didn’t get the new releases as often or in as great quantities as their counterparts, but the collectors and their collections got traded around and sold as the vinyl public went underground to little record shops. 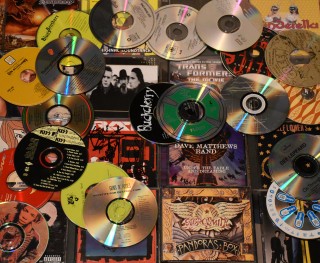 As we know, the CD has essentially come and gone, replaced by digital music in one form or another, be it MP3 or your preferred file format. What gained prominence and started a revolution of sorts with Napster has given birth to the portable MP3 player, iTunes, Pandora, Spotify, Apple Music, and a litany of many other digital formats and streaming services.

And so the CD continues to fade away, losing most of its market share to digital music. But vinyl was primed for a comeback, and I think I know why.

For those of us who came of age having the options to buy our albums as vinyl, cassette, or CD (yes, they all overlapped) there is (or was) a physical bond that we once shared with our music.

And it’s NOT just holding it in our hands. We remember album art that we could put on our walls and liner notes with lyrics and messages. We remember showing our friends our vast collections of music in many mediums as we proudly collected it. These are things you just can’t do with digital music.

We also remember, and some of us still love, the album! Vinyl, cassette tapes, and CD’s (not on “shuffle mode”) were listened to as the artists and musicians who put them together intended. And there was knowledge to be had with that concept as well. 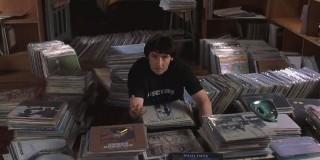 Rob Gordon with his huge collection of vinyl in High Fidelity

Watch Diner where Daniel Stern’s character, Robert “Boogie” Sheftell can name the B-side to almost any 45. And the insane memory on John Cusack as Rob Gordon with his huge collection of vinyl in High Fidelity.

And both characters had a compulsion to keep their collections in order, which they did with pride. You don’t get that pride by clicking a button or by collecting nothing but singles on iTunes, because it means you’re missing the album experience.

I never got agitated flipping vinyl from side one to two, nor with a cassette. It was just part of the process. And the process is returning as vinyl fans and their evangelical love of the medium spreads.

Vinyl is back. It has outlasted the 8-track and the cassette. It has weathered the storm of CDs and digital music and come out on the flip side.

I do listen to digital music, but there is just something different about vinyl – and to the same extent CD’s – that for me will never go away.

For me it was while writing the first draft of this post… For you, I hope it wasn’t so long ago that you can’t remember. 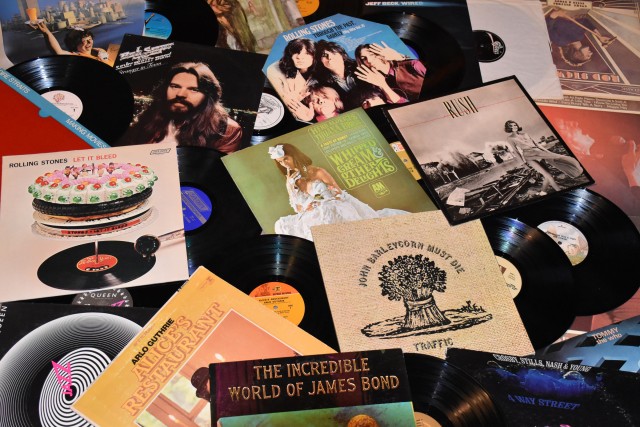 Some of Agent Palmer’s Vinyl Collection

Fame and fortune are coming your way.
Today it’s okay to make a few choices by going with your instincts.
Courtesy is the password to safety.
More Fortunes >