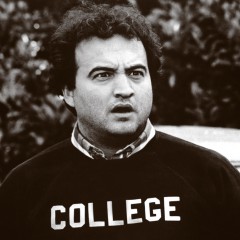 As a regular listener of Reasons Are Several podcast, I was excited to hear Episode 84 where Matt and Scott ranked their Top 10 High School Movies. After the episode, I tweeted and asked when they were going to do their Top 10 College Movies? Next week wasn’t the answer, so I have decided to write this post in the hopes of giving them a third list to compare with their own lists, when they get to their college movies list.

Although this is not a podcast, but a blog, I will keep with their format, listing honorable mentions first, and then talking a little bit about each pick on the way from 10 down to one. So without further ado, here are my Top Ten College Movies, starting with a few honorable mentions.

I didn’t include any sports movies, although there are some good ones, Rudy, We Are Marshall, The Waterboy, Blue Chips, The Junction Boys, Glory Road, that’s a whole different list. Instead I focused on the more “scholarly” movies, leaving off the athletic ones…

So the other honorable mentions that aren’t sports related are With Honors, Son-In-Law, Wonder Boys, and The Social Network. I also feel like I have to mention Old School, but I never got into it, so I’m just covering my bases with all of you out there who think everything Will Ferrell has ever done is brilliant.

And now, let’s get to the main event, the list itself! 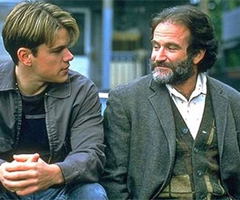 Genius M.I.T janitor Will Hunting (Matt Damon), needs help from a psychologist (Robin Williams) to find direction in his life. The screenplay written by Matt Damon and Ben Affleck is hauntingly brilliant. It won two Oscars and as such is the only Oscar-winning film on this list.

Best Quote: “You’ll have bad times, but it’ll always wake you up to the good stuff you weren’t paying attention to.” 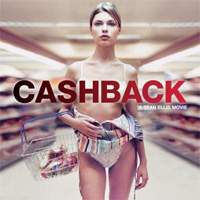 A serious movie with nudity for “arts” sake. The take away here is that if you have insomnia, use it to your advantage. Based on a short made two years earlier by the same name, this European film is a serious look at what happens when Ben develops insomnia after a painful breakup. Written and directed by Sean Ellis, Ben takes a late night shift at a supermarket and lets his artistic imagination go wild. This is probably the second most serious film on the list, the first being Good Will Hunting.

Best Quote: “Once upon a time, I wanted to know what love was. Love is there if you want it to be. You just have to see that it’s wrapped in beauty and hidden away in between the seconds of your life. If you don’t stop for a minute, you might miss it.” 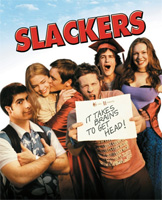 When you couple an amazing cast, with an intriguing plot about scamming the higher educational system you get Slackers. With stars like Jason Segel, Michael C. Maronna, Jason Schwartzman, Jaime King, Laura Prepon and more, this collegiate blackmail film was released to compete with American Pie.

Best Quote: “Look, I’m pretty sure I’m in the wrong class but I got to say that was beautiful.” 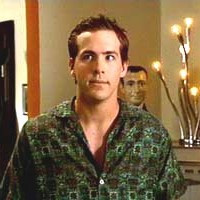 Ryan Reynolds in casting perfection as the perpetual student at Coolidge College and the Big Man On Campus complete with an assistant (Kal Penn).

Reynolds channels his best versions of a few characters from Animal House in portraying Van Wilder. And his father is Animal House Alum Tim Matheson (Eric “Otter” Stratton). When he falls for a journalist (Tara Reid), he finally comes to the realization that it’s time to graduate.

Best Quote: “If you’re always thinking about the future, then you kinda forget about the present.” 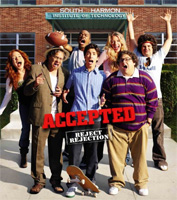 A high school slacker (Justin Long) attempts to create his own collegiate experience by starting the South Harmon Institute of Technology. With another great ensemble cast, and great writing, this movie is wonderful. But do you know what pushes this move past Van Wilder? Dean Lewis Black, playing Uncle Ben, but basically being himself as a washed up professor and Dean of the fake college. Priceless.

Best Quote: “You know a lot of people say that college is a time when young men and women expand the way that they look at their world when they open their mind to new ideas and experiences and when they begin that long journey from the innocence of Youth, to the responsibilities of Adulthood… now isn’t that a load of horse shit! AHAHAHAHA!” 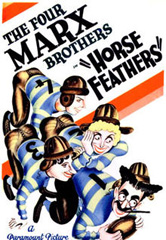 Not quite about college life, as far as the student perspective, this has all the classic Marx brothers comedy you’re looking for in the world of collegiate academia and college sports. After all the premise of the movie is that Quincy Adams Wagstaff (Groucho Marx), new president of Huxley University, wants to win the big football game. Of course to win the game he hires Pinky (Harpo) and Baravelli (Chico), what could possibly go wrong? 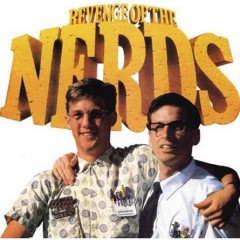 Revenge of the Nerds

“They’ve been laughed at, picked on and put down. But now it’s time for the odd to get even.” That tagline says it all. The freshmen nerds picked on and put down by the football team, strike back, with technology, panty raids and other classic collegiate pranks. It’s comedy and towards the end, even a bit touching. As classic college movies go, this is one of the fathers of the genre. 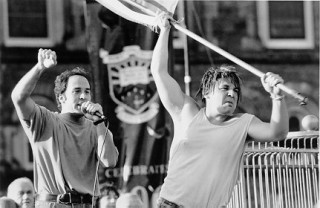 The quintessential college movie for how we went from Animal House and Revenge of the Nerds to today’s ridiculously politically correct culture.

When a pre-frosh (high school senior) visits Port Chester University, he’s in for quite a weekend, meeting all the groups and leaders from the campus like Droz (Jeremy Piven) and Gutter (Jon Favreau) from The Pit, Right Wing Rebel Rand McPherson (David Spade) and a host of others.

The movie also teaches us that from the 1990’s on the beauty of college is that you can major in anything.

Best Quote: “What’s this? You’re wearing the shirt of the band you’re going to see? Don’t be that guy.” 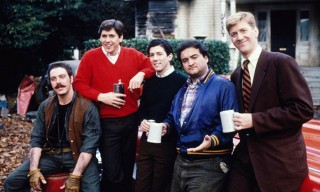 This movie is perfect in all the right places. And on any list where it was the Top 10 and not my Top 10, this would be the number one, but it’s only two here, because number one is one of my all time favorites. That being said, this movie is highly quotable and amazing holds up very well.

With the right mix of writing and casting, plus more than one villain depending on how you look at it, this cast of characters set the tone for every college movie to follow. Every comedy on this list save for Horse Feathers has been compared to this movie. It is perfect in every way.

Best Quote: “Bluto’s right. Psychotic… but absolutely right. We gotta take these bastards. Now we could do it with conventional weapons, but that could take years and cost millions of lives. No, I think we have to go all out. I think that this situation absolutely requires a really futile and stupid gesture be done on somebody’s part!” 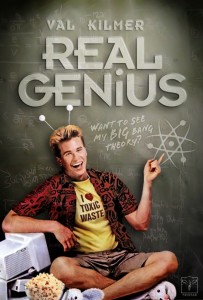 This is one of my favorite movies… Ever.

Just as Ryan Reynolds is a perfect Van Wilder and Belushi is a perfect Bluto, Val Kilmer is superb in this movie as Chris Knight. It’s yet another 80’s movie with a William Atherton bad guy, this time Professor Jerry Hathaway, and the cast of geeks, nerds and outcasts are much more realistic. I don’t know why I have a soft spot for this movie but I do.

And let us not forget to mention the ending with a house blown to bits overflowing with popcorn and the overture of Tears for Fears “Everybody Wants to Rule the World.” For me, putting this movie on top was a “moral imperative.”

Best Quote: “Jerry, if you think that by threatening me you can get me to be your slave… Well, that’s where you’re right. But – and I am only saying this because I care – there are a lot of decaffeinated brands on the market today that are just as tasty as the real thing.”

That’s my list. Have a listen to Reason Are Several Episode 86 and see how my list compares to theirs. While you’re at it, how do our lists compare to yours? And don’t forget to bring the conversation to us on twitter by mentioning @ReasonsAre and @AgentPalmer.

To let another into your heart, first let yourself in.
Things are turning for the bright side.
Even a broken clock is right two times a day.
More Fortunes >