Why Die Hard is a Great Christmas Movie and Action Thriller, All-in-One 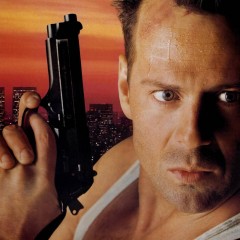 “Twelve terrorists. One Cop. The odds are against John McClane… That’s just the way he likes it.”

Many may think it odd that an action movie would be classified as a Christmas movie. A trend apparent when seeing Die Hard appear on top Christmas movie lists. But it takes place on Christmas Eve, has a seasonal soundtrack, and even appears to have a Grinch parable.

So I, for one, do not think it is odd. I think it is a brilliant Christmas movie, even if it is wrapped in an R-rated shell, sprinkled with brief nudity, vulgar language, and violence.

From the beginning, John McClane learns from a fellow passenger the “secret to surviving air travel.” It’s a secret we can all appreciate.

Businessman: You wanna know the secret to surviving air travel? After you get where you’re going, take off your shoes and your socks then walk around on the rug bare foot and make fists with your toes.
John McClane: Fists with your toes?
Businessman: I know, I know, it sounds crazy. Trust me, I’ve been doing it for nine years. Yes sir, better than a shower and a hot cup of coffee. 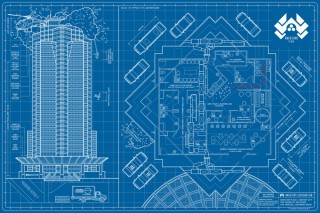 While I haven’t tried it myself, it seems crazy enough to work, and McClane certainly takes it to heart. For the sake of argument, I would think that this would apply to any travel, especially around the holidays, but that’s just speculation.

Speaking of travel, McClane smokes at the airport in the baggage claim terminal. At the time, it just seemed like something he, as a smoker, would do but now, it does something else; it dates the movie. Now, in an era where smoking is eradicated from anywhere besides your personal home and certain designated areas outdoors, anytime McClane or one of the bad guys lights up, it further dates the movie.

From the airport, McClane is delivered by his limo driver, Argyle, to the Nakatomi Plaza building for a company Christmas party. While the movie really starts to take off once he meets his wife and attempts the “secret to surviving air travel,” it is not just the date in the movie being Christmas Eve that starts the holiday vibe, but Argyle, who cranks up “Christmas in Hollis,” by Run-D.M.C. en route from the airport.

Gruber and his team take the building under the pretenses of terrorism. SPOILER ALERT: They’re just thieves, something that isn’t revealed until the end. But it’s important to know now, because Gruber also adds to the holiday theme. When talking to Theo, his technical assistant the following exchange takes place;

Hans Gruber: Theo, are we on schedule?
Theo: One more to go then it’s up to you. And you better be right, because it looks like this last one is going to take a miracle.
Hans Gruber: It’s Christmas, Theo. It’s the time of miracles. So be of good cheer… and call me when you hit the last lock. 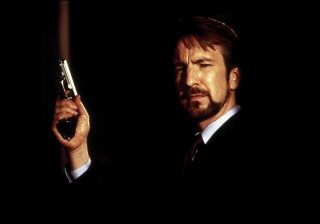 At this point, McClane is terrorizing the terrorists and Hans, despite this “fly in the ointment,” is still in the holiday spirit. But McClane is more than just an ordinary action hero. It’s the very reason the character has been replicated, but never duplicated.

McClane can be funny, saying things like, “Now I know what a TV dinner feels like,” and writing, “Now I have a machine gun. Ho-Ho-Ho.” He can be extroverted, “Yippee Ki-yay Mother Fucker,” and he can also be introspective: “Why the fuck didn’t you stop ’em, John? ‘Cause then you’d be dead, too, asshole.”

And it is that introspection that leads him to a Grinch parable in the third act, or what I’m calling the third act, where, when talking to his buddy on the ground, Sergeant Al Powell, he says “Look… I’m getting a bad feeling up here… I’d like you to do something for me. Look up my wife… and tell her… tell her… I’ve been a jerk. When things panned out for her, I should have been behind her all the way… We had something great going until I screwed it up. She was the best thing that ever happened to a bum like me. She’s heard me say ‘I Love You’ a thousand times, but she never got to hear this… Honey, I’m sorry.”

And then John McClane’s heart grew three sizes and, ever the cowboy, he saves the day.

So the next time you hear someone say that Die Hard is their favorite Christmas movie, or read that it has made it to or near the top of a similar list, don’t discount it. Believe it.

Even Hans Gruber believed in miracles.

Read the Secret File of technical information and quotes from Die Hard.

Now I Have A Machine Gun – Die Hard

Now I know what a TV dinner feels like – John McClane

Welcome to the Party – Die Hard

The path of life shall lead upwards for you.
Let’s finish this up now, someone is waiting for you on that.
To let another into your heart, first let yourself in.
More Fortunes >