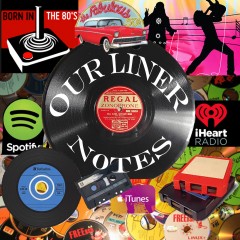 I know, you’re not thinking, “Palmer was on another podcast,” but “what do Kiss, They Might Be Giants, and The Strokes have in common?”

Our Liner Notes is a podcast album not just music, but albums, a format that isn’t as prevalent today, as it was in years past. The title comes from the long forgotten “liner notes” that used to accompany vinyl LPs, cassette tapes, and compact discs (CDs). Each week, the hosts and sometimes a guest, choose some songs from an album correlating to a theme.

They alternate between each other, playing the songs, while talking about the band and the songs, both sonically and lyrically. However, it’s not just about the music, but the stories that are associated with each song or album that make this a special podcast, that I was happy to be a part of.

Rod Stewart may have said that “Every Picture Tells a Story,” and that is true enough, but every song contains a story or two as well, and not just behind the scenes for what went into it, but in the memories of those who listen to those songs. 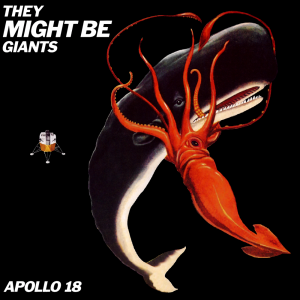 For my part, I chose Apollo 18 by They Might Be Giants, one of many albums, that I sincerely love to listen through. Paul chose Love Gun by Kiss, while Chris chose Is This It by The Strokes. For our stories and our song selections, you’ll have to listen to the show.

So, now to answer the other question you’re afraid to ask. “What is a geek like you doing on a music podcast?”

The answer is simple. I really love music. The long answer is that as a lapsed musician, on guitar, bass, drums and tenor saxophone, I really enjoy listening to the music that has become the soundtrack of my life.

Yes, I listen to and appear on a podcasts, but that doesn’t mean when my stylish Star Wars Rebel Alliance or Empire headphones, yes I’m bragging, that it’s always podcasts. Sometimes it is one of the many Spotify playlists I’ve curated.

Music is important to me, it inspires me, it calms me, and it contains within it powers of which I cannot understand, but I know they exist. Sure, I’m a lapsed musician, picking up my axe too little, but that doesn’t mean the passion isn’t there. It’s just redirected. And now back to the podcast.

I’m a bit like Chris, in being a music “snob,” although in my case it’s more like music “curmudgeon.” I’m an old soul, who prefers most music before the iPod revolution. I’ve known about this podcast since it’s inception, and was even one of the first to give Chris and Paul feedback on Episode 0. It was great, and don’t forget that every podcast requires an Episode 0. 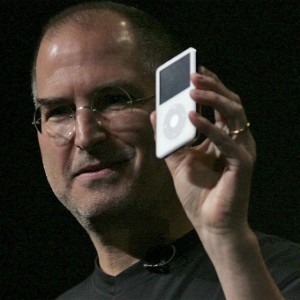 Steve Jobs with the Ipod

But more than that, this podcast excites me at the prospect of finding other people who still enjoy the album format. It’s something that Steve Jobs effectively destroyed when the music industry bet a winning hand on iTunes. And with that album sales behind something of a lost number, where now the downloads of one successful single mean more than full album downloads, the world has obviously changed.

But there are still those of us who have our collections of physical media; vinyl LPs, cassettes, CDs, and even 8-track tapes. And this podcast gives me hope that the album is still important to music, or at least music listeners. Maybe we’re all old, but we know what we like, and is that such a bad thing?

Listen and let us know where you stand on the albums we chose, or the album in general as a lost art.

Your moods signal a period of change.
The path of life shall lead upwards for you.
Let’s finish this up now, someone is waiting for you on that.
More Fortunes >