The Killing Joke: A Journey Into Madness through an R-rated Animated Movie 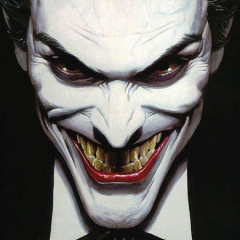 Anyone who has read The Killing Joke knows it’s gritty. It’s disturbing, yet oddly satisfying, as the horror of helplessness, madness, and darkness unfolds across the pages.

Written by Alan Moore, it is easily considered not only his greatest work, but one of DC’s most iconic aspects of Batman, Joker, and Oracle lore. Finally, 28 years after its conception, it is being made into an animated film.

For those uninitiated, the graphic novel dives into some intense themes and sexual violence that previously had not been explored in depth, especially in the Joker’s character development. A jokester and almost child-like in his humor in early years, it was almost shocking to see Joker pulling the trigger and releasing the bullet that severed Barbara Gordon’s spine. In a strange way, it seemed like a natural progression of insanity, but the humiliation of Barbara (who later became Oracle) in the nude and bleeding vulnerability, became a powerful reminder for many that graphic novels and comics can sometimes imitate facets of real life, uncomfortably so. Batman, a general force for good, is even helpless to assist Barbara, which causes the reader to ask themselves: “When is good not enough?” 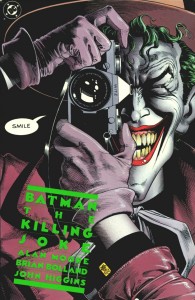 Even though it will be animated, the film, which will be released sometime this year, has been approved for an historic “R” rating. To date, no DC animated films have been deemed worthy of a “R” rating, making The Killing Joke brutal enough to merit such a title. Rightly so, say many fans, and I emphatically agree.

To translate the nature and pain of the graphic novel, one needs to be able to have license to trek into the blackness of the human psyche and pull out the gory bits. Frankly, although James Tucker (the producer) and Sam Liu (the director) claim they are not sure if the film will receive a solid “R” rating, it would be a huge disservice to the story, the characters, and the fans if they try to squeak by with less.

Although many are looking forward to the translation of the story onto the big screen, there are some who are less than enthused. This is mostly because of the adult themes and the explicit sexual assault, not to mention how Barbara’s ordeal is used as fodder at an attempt to drive her father, Commissioner Gordon, crazy. However, despite her experience, Barbara rises above and becomes one of Batman’s greatest allies. To me, this is the epitome of strength and persevering through incredible odds.

In March 2015, a variant cover depicting Batgirl terrified at the hands of Joker brought this tension to a boil, and many called for the cover’s retraction, even though similar, or worse, fates such as Robin’s countless deaths remained unmentioned in the outcry. In short, this calls to question censorship, artistic integrity, and gender favoritism. Why should a story, that while dark and vicious, be censored when it adds such depth and complexity to an established, rich environment? 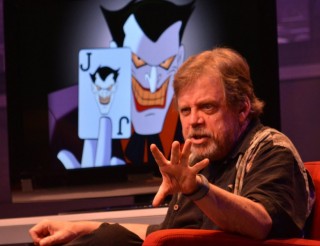 To me, this presents the beginning of a very slippery slope for altering original content simply because it may make some uncomfortable: but I ask, isn’t that the point of The Killing Joke?

Sanity and insanity are meant to be uncomfortable, because as the Joker points out, it can only take “one bad day” and your reality is altered forever. The human mind is a fragile entity, and Joker begs us to consider that maybe we aren’t so different from him, after all.

It will certainly be a treat to hear Mark Hamill’s iconic Joker voice ring out during the famous monologue:

“Remembering’s dangerous. I find the past such a worrying, anxious place. “The Past Tense,” I suppose you’d call it. Memory’s so treacherous. One moment you’re lost in a carnival of delights, with poignant childhood aromas, the flashing neon of puberty, all that sentimental candy-floss… the next, it leads you somewhere you don’t want to go. Somewhere dark and cold, filled with the damp ambiguous shapes of things you’d hoped were forgotten. Memories can be vile, repulsive little brutes. Like children I suppose. But can we live without them? Memories are what our reason is based upon. If we can’t face them, we deny reason itself! Although, why not? We aren’t contractually tied down to rationality! There is no sanity clause! So when you find yourself locked onto an unpleasant train of thought, heading for the places in your past where the screaming is unbearable, remember there’s always madness. Madness is the emergency exit… you can just step outside, and close the door on all those dreadful things that happened. You can lock them away… forever.”

I have chills already.

Agent Ellipsis is a writer, techie, and wife. She’s currently on a top-secret mission in Fayetteville, NC with her husband and their Yorkie, Rowdy. You can follow her mission log on Twitter @BinaryBombshell, or at ParalyticProcess.deviantart.com.

Read the Secret File of technical information and quotes from Batman: The Killing Joke.

Even a broken clock is right two times a day.
Nothing in the world can take the place of persistence.
Things are turning for the bright side.
More Fortunes >