Thanks to Barry Levinson, We’ll Always Have ‘Diner’ 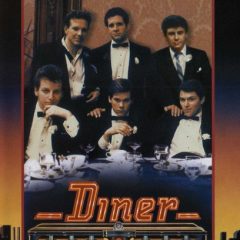 What makes for a better movie experience than relatable characters and their relationships? To that effect, what makes a better movie than Barry Levinson’s Diner, where there’s a way to find a portion of yourself in each character on the screen.

The movie starts at a Christmas Dance in Baltimore 1959. The music, the cards, the cinematography, and of course the setting all make this a period piece, but not every film that can stand the test of time is a blockbuster. This one does for me, not because of the money it did or didn’t make, but because of those characters and their relationships.

So let’s look at this.

Eddie (Steve Guttenberg) is the Colts fanatic who is making his fiance take a football quiz before they can get married. He’s more than a kid at heart; he’s more like a kid inside and out. He relies heavily on his friends to direct him in life. We all know an Eddie, or perhaps at one time we all were an Eddie. He’s that someone who doesn’t seem to grow up with the rest of us and looks to everyone else for his own decision making.

Shrevie (Daniel Stern) is the married one. He’s the one who got married first and he’s extremely practical. He took that step and it might not be going exactly to plan, but he means well. He’s also the music lover of the bunch. His record collection and music trivia knowledge for what’s on the “B-side” are manifestations of his OCD. And even if it’s not for music, we’ve all been there. We all have our little things that are ours. 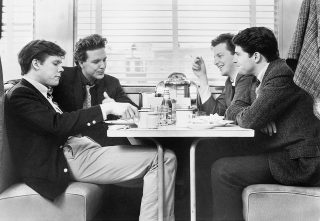 Fenwick, Boog, Shrevie, and Billy at the Diner

Boogie (Mickey Rourke) is the schemer, the gambler, and the suave ladies man. He’s the guy eating straight sugar with a Coke chaser. Always out for a quick buck and always the dreamer, he doesn’t want to settle for anything less than what we expects he deserves, which is always more than he’s working for.

Billy (Tim Daly) is the older brother to them all. He’s not necessarily a father figure, but they all look up to him because he got out and went to school and appears to have some direction in his life. Not everything is coming up roses for Billy, but he’s making the best of it. He’s also the most mature of the bunch which doesn’t mean he’s always “on.” After all, any guy who’s holding onto a grudge to punch all nine players from a baseball game fiasco from years ago still has a way to go before he completely lets the past be the past.

Fenwick (Kevin Bacon) is the irresponsible one. He’s too smart for his own good, he’s unmotivated in life, and he’s always looking for a laugh. He longs for the good times and he’s always on the lookout for that next moment. Whether it’s getting drunk and punching wise men or rolling his car for a laugh, he’s always looking for it. But when not in a group, he can be as mature as he wants to be. The group dynamic brings out his joker more than any other circumstance. If you don’t know a Fenwick, you just might be the Fenwick in your group.

And lastly Modell (Paul Reiser) is the guy who is perpetually looking for a conversation to be had, while always beating around the bush. He’s also the moocher of the group, looking for freebies and favors without actually having to ask for them. 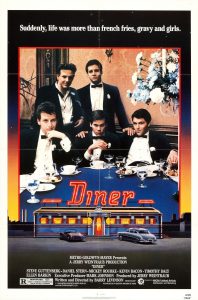 The group dynamic they have isn’t unique to the writing or acting in this film. It’s something that every single one of us can relate to. And of course, we can also all relate to all the “real” conversation that is had which is all based around wonderfully written dialogue, although in some behind-the-scenes documentaries the cast has explained that they were encouraged to do some improvisation with these well-written characters. And honestly, without having the script in front of you, you can’t tell what was written and what wasn’t.

And to me, those conversations are what make this movie a very real reflection of my own relationships with friends in a group dynamic. We go on about with similar discussion like “Mathis vs. Sinatra” and invariable someone will always answer the question as Boogie does, by saying “Presley” adding yet another component to the argument.

And yet with all the fantastic dialogue and performances, this film almost never made it to release. Pauline Kael wrote a great review of the film in The New Yorker among a few other stellar reviews in other papers that were out before the film was released. And it was this kind of press and critical response that pushed the studio to release the film. The studio executives didn’t really know what to do with the film, but positive reviews have that kind of power.

I, for one, am sincerely happy the critics liked it as much as I do. So what are my favorite parts of this all-around completely enthralling piece of cinema?

Almost everything Modell says is great. For example: “You know what word I’m not comfortable with? Nuance. It’s not a real word. Like gesture. Gesture’s a real word. With gesture you know where you stand. But nuance? I don’t know. Maybe I’m wrong.” 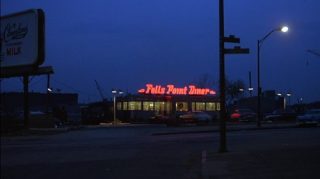 And of course, the roast beef “you gonna finish that?” conversation that he and Eddie have is brilliant. And then there’s Earl eating the whole left side of the menu, the Colts marching theme and blue and white wedding theme, and the concept of the football quiz itself.

There’s Fenwick schooling the scholastic bowl while watching it on television and his most apt observation to Boogie when he says, “You ever get the feeling there’s something going on we don’t know about?”

And dreamer Boogie who, when responding to Bagel saying, “Always a dreamer, eh Boog?,” with “If you don’t have good dreams, you’ve got nightmares.”

I could probably go on and on, but take it from me, you’ll enjoy the film. Barry Levinson did what he did and it’s all wonderful. I’m not sure there is anything I would have wanted from the film that I didn’t get, except maybe a look at the other takes with and without the improvised dialogue. This was a cast that Barry tricked into showing up for shooting early, so that they could get an off-screen chemistry together before shooting began, and it worked marvelously.

So go on out and find yourself a copy of this wonderful film. Because “we’ll always have the diner.” 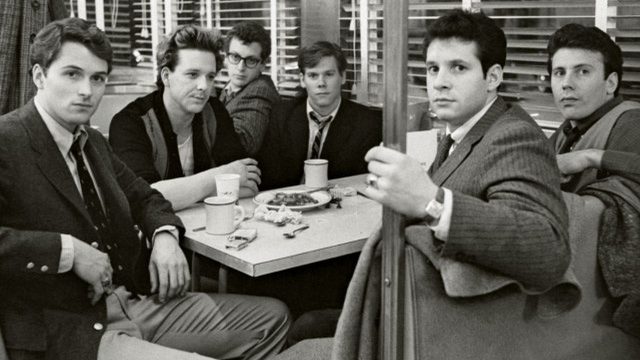 Read the Secret File of technical information and quotes from Diner.

Look forward to great fortune and a new lease on life!
You are interested in higher education, whether material or spiritual.
Courtesy is the password to safety.
More Fortunes >