Welcome Back NBA! A few reasons it’s good for us, too! 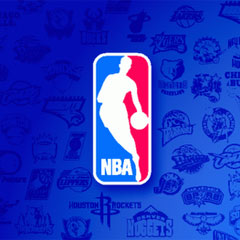 Yes, you’re thinking that for the past few months you’ve been hearing about wealthy vs. wealthy in an argument over millions and that is partly true. But the NBA, like the other big sports, MLB, NFL, NHL and even NASCAR, are all good when they’re going. So why is it good to have the NBA back?

First off, their are a few cities (regions if you will) that are economically tied to their sports franchises. In this case, they may have lost some revenue, but they won’t be losing a full year’s salary. Local Governments rely on taxes from home games and so on. It does effect even the non basketball fans.

On a personal note, I’ve signed up to be in two fantasy leagues this year. Why two? I learned my lesson a couple years back when I joined one and they never had enough players to make a go of it. This year though, I hope both of my leagues are going to be active as I’m trying something new. I’m an avid fantasy player and usually I tweak the autodraft. This time around, for this basketball season, I’m going to go with the Yahoo! Default rankings.

So, if all goes well by Christmas Eve, I’ll have two teams that having been tweaked by me their owner on the free agent market should be ready to compete in their respective leagues. I am a little nervous letting Yahoo do the heavy lifting as usually, I tend to draft players I like, as I don’t have a favorite team and much prefer to watch NCAA Basketball.