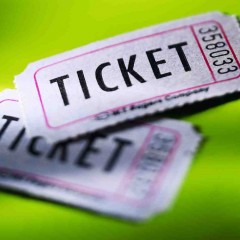 Recently, I appeared as a guest on the Geek Up and Go podcast for their June Movie Preview episode, and I did a little excess homework.

We discussed all the big releases; Teenage Mutant Ninja Turtles: Out of the Shadows, Warcraft, Finding Dory, Independence Day Resurgence, etc, but I took the time to watch all the independent trailers I could as well, so I’ve decided to share my thoughts on ten of them.

Now, I can’t guarantee I’ll be seeing these in the theater, that’s based upon what comes to the independent cinemas near me, but I will be keeping an eye on them for their streaming releases. And you should too. There is something for everyone on this list, so you have no excuse not to see at least one of these, even if you wait for it to stream on your favorite service.

I like a good space movie, but this one doesn’t appear to follow the normal space exploration formula… Normally, the smart science convention says you don’t do a solo mission to Mars. You go at least in pairs, but based on the trailer, that removes all of the plot, so I am intrigued that they’ve taken a different approach. Released June 3rd, 2016.

This seems like a solid movie… I enjoy the action and choreography of the trailer. In fact, those two things both remind me a bit of one of my favorites Legend of Drunken Master. Now that is probably where the similarities between the two films end, but it’s also the reason it’s on my to-watch list. Released June 3rd, 2016.

The Music of Strangers: Yo-Yo Ma and the Silk Road Ensemble

This one is simple, if you’re not in because of Yo Yo Ma and the quote about it being “the Manhattan Project of music,” then you’ll be missing out. Released June 10th, 2016.

A movie about writing, editing, and work/life balance? This one speaks to me on many levels, so if the trailer doesn’t get you interested, there’s nothing more I can say. Released June 10th, 2016.

I like movies, I like history, I’m sure I’ll enjoy this. This looks to be one of the most real documentaries about Hollywood and why wouldn’t it be? Brian De Palma doesn’t hold back… ever! Released September 30, 2015, but getting a wider release in June 2016.

No Stranger Than Love

It’s quirky, it original… I’m in… I mean, there’s a dude down a hole! It’s like a Looney Tunes character threw a black dot down on the ground for him to fall through. How can you not be intrigued? Released June 17th, 2016.

Henry Rollins as a serial killer? That should be all you need to know. Released June 17th, 2016.

There isn’t really much to add after you’ve seen the trailer other than it has been pushed back from a June release to be released July 1st, 2016.

Hunt for the Wilderpeople

This is what trailers should be. Enough to get you hooked without giving it all away. Released June 24th, 2016.

Eat that question: Frank Zappa In His Own Words

This appears to be Frank Zappa real and uncensored. It’s truly a must for anyone who isn’t asking themselves “Who is Frank Zappa?” Released June 24th, 2016.

Let’s finish this up now, someone is waiting for you on that.
You are interested in higher education, whether material or spiritual.
Today it’s okay to make a few choices by going with your instincts.
More Fortunes >