Clearing out the clutter of my mind 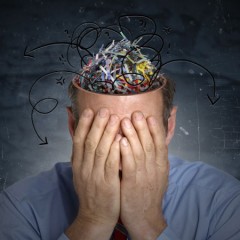 I’m not sure if I’ll do this again, or if so, how often, but I’ve a lot going on in my head and just want to unload some it. Consider this a “take out the trash” post, if you will.

Some of these things will be connected, some will surely not. This just happens to be where I am at right now, so please don’t look any further into connecting these things than necessary. In all likelihood, there is no connection.

I enjoy all sports, but lately due to two very important tournaments straddling the Atlantic, it’s been all Footie all the time! That’s soccer for those of you who probably don’t care, and you should probably skip to the next section anyway.

Anyway, the Copa America Centenario just wrapped up with Argentina once again losing to Chile in the final on penalties!

Meanwhile, the EUROs still chug along. There were plenty of days in the past weeks when the two overlapped! It is then that you realize that despite it being the same sport, the Americas and the European Nations very much have different styles of play. 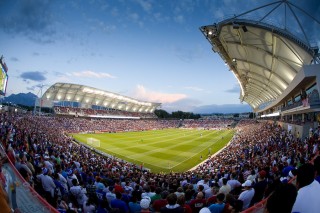 Anyway, once the EUROs finish, I’ll be back to watching whatever I can catch of MLS and whatever Univision decides to put on until the Premiere League starts up this fall.

Maybe there will be a longer post dedicated to this, but it’s been on my mind. No matter how much I enjoy a podcast, how much I may learn from or laugh from it, my mood is never as vastly improved as when I have tunes running through my headphones.

Now, this could be because of the podcast overload I have been on recently, but I would think it could have something to do with the music choices, too. I do think I’ll dig further into this, but when it’s not podcasts, I’ve lately been listening to Dropkick Murphys, Blink-182, Third Eye Blind, Jimmy Barnes, The Wallflowers, Duff McKagan, Hunters & Collectors, and some selected soundtracks, to name a few…

What is it that makes a good friend? Well, time and experience have a lot to do with some of it, but common interest will do a lot to speed up the process.

Do you know why I’ve got quite the number of podcasters and fellow bloggers that have become friends through the internet? Because they don’t judge me for staying in to write that post or work on this project or that.

Surrounding myself with more “creative” people has been one of the best things I have done in a long time for myself, and it was all happenstance. And so long as they either keep picking up the phone when I call or keep calling me back, I’ll be happy with that.

I’m not saying I don’t read comics, because that would be a lie. But I am saying that it had been a while since I had faithfully sat down to read through a run, series, or anything like that. 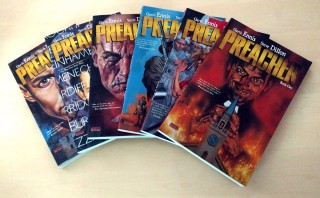 And then Preacher happened, which I have already written about.

This is not that. This is about how I now have two “to read” stacks; one of books and one of comic books. I think I’ll be alternating between the two, so look forward to more comics in the near future.

However, like everything else I do, there will be a mixture of new and old, because I am a very nostalgic person, as readers of this very blog can surely vouch!

I have a pretty clean house, as anyone who listened to that episode of Wicked Theory where Bill goes on about how uncomfortable he felt in such a clean house can attest.

But clean and organized don’t always go hand in hand. It’s something I’ve been trying to figure out how to attack. Most of the attempts I’ve had at organization in the recent past start with me making a mess and end with me having less space for the stuff I was working with to begin with.

So, to start with a “liquidation” of sorts would be good. First make room, then organize what remains, but I’m a geek. We don’t just “get rid of” anything. It all has sentimental value. There isn’t a book on my shelves that I would lend to someone… well, it would have to be someone special, but that’s not giving it away as it is lending it with the intention of having it returned.

I don’t know how or when it will all work out, but I do want to organize myself a bit better.

Well, that was cathartic.

So what did you think? It’s not a lot but it’s definitely some of the things that I have been thinking about, or at least the thoughts I’m willing to share at this time.

Let me know what you think. Like it? Hate it? Want more of this or kill it with fire? You can be honest, I can handle it!

You are interested in higher education, whether material or spiritual.
Today it’s okay to make a few choices by going with your instincts.
Look forward to great fortune and a new lease on life!
More Fortunes >