Engineering my return to Fantasy Football through Proxycasting 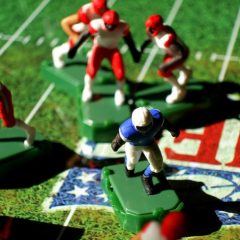 Are you ready for some Fantasy Football? I know I am!

This year, I am participating in the Couple Things Podcast Fantasy Football League. The draft happened just days ago, and the season is upon us…

While I am ready (kind of), my draft wasn’t what you would call brilliant. I am stacked at Running Back and I have solid Wide Receiver options, but my starting Quarterback after the draft was Ryan Tannehill, and my backup is going to be Jay Cutler when he clears waivers.

With all of that, I’m not worried at all. I’m feeling confident, and I’ll tell you why. This isn’t a Rotisserie League, it’s a Head-to-Head League. I don’t have to be better than 13 other teams, just one team at a time, from week to week.

Additionally, this league is split into Divisions; East and West (normal names, unlike the Big Ten and their Legends and Leaders divisions). This means I just have to work on staying near the top of my division… The more I dig into this the easier it seems.

It has been a while since I’ve participated in any kind of Fantasy sport of any kind. For a while, I was addicted. Now, I’m back but I’m going to limit myself and my moves.

Don’t get me wrong. That doesn’t mean I don’t want to win; I do.

But as someone who has been down the well of comparing statistics for picking up a guy on waivers who probably won’t see the field unless there’s two injuries in front of him, I’m certain that I’m not going that deep this time, or ever again for that matter. 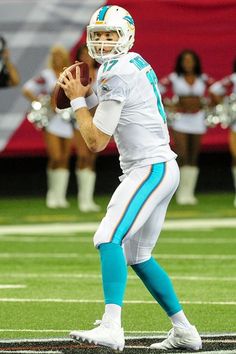 I’m in this for the fun, for the trash talk, and for the competition. Did I mention that I am just as comfortable winning the league as I am beating someone late in the season to knock them out of the playoffs or ruin their matchups? Yeah, I’m going to find a way to make this fun for me, no matter my record.

Then I sent Bruce Ellington to Waivers and picked up Jay Cutler for my Bench.

And what about pride in having a winning record? Nope… Fun is the most important, because in a league with Couple Things Podcast AND Meow Lizette, the trash talk will be well worth the price of admission – even if I walk out of this with a winless season!

Bring it on… I may have come out of fantasy football retirement for this league, but my trash talk game is still pretty sharp!

Courtesy is the password to safety.
Fame and fortune are coming your way.
The path of life shall lead upwards for you.
More Fortunes >