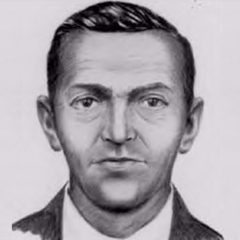 D.B. Cooper continues to remain in the public consciousness. As the only unsolved case of commercial air piracy, the public is still enthralled enough with the mystery that any new news related to Cooper’s case or identity is quickly and widely circulated, almost fifty years later.

This says a lot about the case of D.B. Cooper, who hijacked that Boeing 727 back on November 24, 1971 taking with him the $200,000 in ransom he extorted before parachuting out of the plane.

While the arguments from conspiracy theorists range from his jump being unsuccessful to his living to old age, and many more theories, what is most interesting is that there is so much we just don’t know. We still don’t know who he really is (was?). We still don’t really have a motive. We still don’t know enough to gather the whole picture and that allows for speculation. The mystery of him, his story and his whereabouts is why it’s still in the public consciousness.

But there’s no fun in what we don’t know, so let’s move on to something we do know. Podcasters will answer almost anything!

I recently challenged eight podcasts to come up with an actor who will play the role of D.B. Cooper in the eventual biopic of the events of November 24, 1971. Because, sooner or later, Hollywood is bound to make a movie of this tale.

With that in mind, I have compiled their answers below, and while some might seem “outside the box”, bare in mind that the opinions and conversations that each podcast had leading them to these actors is great (and very funny) entertainment! I urge you to listen to each of them…

Though some of the podcasters based their answer on the FBI composite drawing, others went with an actor who could do some justice to the role. Sure, there are no right or wrong answers, but these suggestions offer me little clarity – I still can’t help but wonder who would do it best?

The bottom line is that I could not come up with an answer, but I wanted to know what others were thinking. And of course, podcasts seemed like a natural fit. So, if you’re looking for more about why these were each chosen, I’ve included the timestamps above to get you closer to the sections, but don’t stop there on my account. Each of these shows is something different, which is why each of them had, not only different answers to the original question, but different conversations about the same topic.

Courtesy is the password to safety.
Even the greatest of whales is helpless in the middle of a desert.
Nothing in the world can take the place of persistence.
More Fortunes >