From Ted “Theodore” Logan to John Wick: Keanu Reeves has been Consistently Good 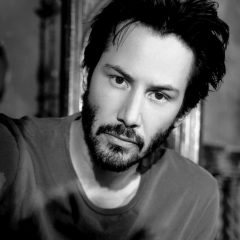 Keanu Reeves seems to split movie fans more than any other actor I know. I recently heard two people in my life that have never met say to me that he is “not a good actor” like a judge, jury, and executioner. And to me, two people is too many, though I believe there are usually no rules for how people feel about movies or actors, I usually let the hot air blown at me pass by and disappear.

Most times an actor is criticized this way, there is a lot of evidence to back it up. When people say it about Reeves, I don’t get the impression they put their full mind behind the statement. In my opinion, Reeves is one of the more consistent actors I can think of. Surely, he has had his shares of flops. Good luck finding actors working since 1984, even the Oscar winners, who haven’t bad films scattered in their filmography. I contend that not only is Reeves a good actor, he has as good a film-making track record as anyone else in Hollywood.

While you let my assertion sink it, let me tell you what I think a good actor is. A good actor is the equivalent of a B to B+ student. He picks good roles, prepares hard for them, can sometimes elevate the material, but at minimum doesn’t let the material down. This is why you remember names like Johnny Utah, Neo, and possibly even Shane Falco and Kevin Lomax. Reeves’ acting is clearly not in the same league as Philip Seymour Hoffman, but how many of Hoffman’s films are as re-watchable as Point Break, the Matrix, and John Wick?

Reeves physically and mentally prepares for his roles. According to legendary film fight coordinator, Yuen Woo-Ping, Reeves “was very hardworking and put in a great deal of effort.” You believed him when he said he didn’t believe in the Matrix, and you surely believed him when he began to. Reeves is a good actor by definition, and he’s been in too many good and re-watchable movies to believe otherwise. 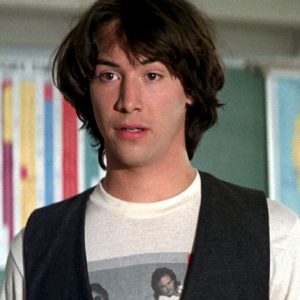 Reeves’ films are liked by fans. In an informal poll @agentpalmer poll, 74% of voters enjoyed five or more of Reeves’ films. That means 26% liked four or less. Let’s look at some of his more popular films, so we can show the haters why they need to re-vote:

Bill and Ted’s Excellent Adventure – This movie still holds up. It’s a fun and funny trip through history, and Reeves was good as Ted “Theodore” Logan. The catch phrases are still fun, and it’s no accident that some fans continue to clamor for a Bill and Ted 3. The sequel, Bill and Ted’s Bogus Journey, could also be on this list.

Speed was Reeves’s first popcorn film as a cop trying to stop a domestic terrorist. Dennis Hopper was a very good bad guy, and it was Sandra Bullock’s first big role. Reeves was certainly more than capable hunting Hopper, and it’s a good re-watch when it’s on. Reeves was also wise to say no to the sequel, Speed 2: Cruise Control.

The Matrix – Surprisingly, this was only the fifth highest-grossing film of 1999. Whether you take the red or blue pill, you accept the reality that this changed action sci-fi forever. With great performances by Reeves, Carrie-Ann Moss, and Laurence Fishburne, I usually stop what I’m doing and watch this whenever it’s on AMC. The next sequel, the Matrix Reloaded, has good enough action to be considered for this list. The Matrix Revolutions however, is a candidate for the cinematic garbage can. 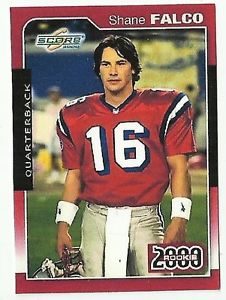 The Replacements – This may be just a guilty pleasure of mine, but this film attracted the legendary Gene Hackman to play the coach. Filled with talented character actors like Jon Favreau, Orlando Jones, Faizon Love, Rhys Ifans, and the lovely Brooke Langton; this film about overcoming failure through a story about replacement pro football players. The film is so re-watchable because of the good laughs and how fun and quirky it is. If you haven’t seen it, you should definitely take a flyer on this one.

Point Break – It still holds up, and it never should’ve been remade (except as the Fast and the Furious). Keanu! Swayze! Busey! Lori Petty as a surfer babe. Reeves overacted at times, but he was great as Johnny Utah. He played a fish out of water who had to choose between allegiances to his FBI brethren and Bodhi. This movie is totally re-watchable and should be a sure vote in the good Keanu films poll.

John Wick – Wick was the surprise of 2014. It had a simple premise and a good start to finish time in 1 hour and 41 minutes. We all rallied behind killing Iosef for killing the dog. The fight scenes were intense, and we all clamored for more. Alternating between martial arts and gunplay, John Wick was a constant barrage of action. John Wick 2 was also a solid film and belongs on the list.

You can also argue Street Kings, the Devil’s Advocate, Constantine, My Own Private Idaho, Parenthood, and Much Ado about Nothing belong on this list. 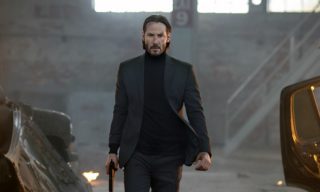 Saying Reeves has some bad films is not a reason to say he’s not a good actor. One thing I like about him is that he takes some risks. I think he’s comparable to Tom Cruise. Keanu wears many hats on his films. He’s interested in other aspects of film-making. He prepares like a madman for his action scenes. If anything, you remember Reeves’ character names faster than Cruise’s. You cannot be called a bad actor when you have as many re-watchable hits as Reeves does. He is sneaky good as an actor, and he deserves his due as a good actor.

Even the greatest of whales is helpless in the middle of a desert.
Courtesy is the password to safety.
Look forward to great fortune and a new lease on life!
More Fortunes >