Enjoy A Cup and a Quote: 95 Quotes About Coffee

You may be asking yourself “why 95?” That’s because, since these are all quotes about Coffee and the average 8oz cup of coffee contains 95mg of caffeine, it seemed like a good fit.

2. “My workday begins around 11 a.m., with a cup of black coffee in each hand. If I had more hands, there would be more coffee.” Aaron Levie

3. “How much better is silence; the coffee cup, the table. How much better to sit by myself like the solitary sea-bird that opens its wings on the stake. Let me sit here for ever with bare things, this coffee cup, this knife, this fork, things in themselves, myself being myself.” Virginia Woolf

4. “Actually, this seems to be the basic need of the human heart in nearly every great crisis — a good hot cup of coffee.” Alexander King

5. “If asked, ‘How do you take your coffee?’ I reply, ‘Seriously, very seriously.'” Unknown Author

6. “Good communication is just as stimulating as black coffee, and just as hard to sleep after.” Anne Morrow Lindbergh 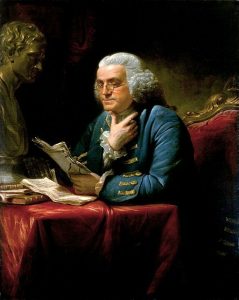 7. “What on earth could be more luxurious than a sofa, a book, and a cup of coffee?” Anthony Trollope

8. “Among the numerous luxuries of the table…coffee may be considered as one of the most valuable. It excites cheerfulness without intoxication; and the pleasing flow of spirits which it occasions…is never followed by sadness, languor or debility.” Benjamin Franklin

9. “The first cup is for the guest, the second for enjoyment, the third for the sword.” Arabic Saying

10. “Like everyone else who makes the mistake of getting older, I begin each day with coffee and obituaries.” Bill Cosby

11. “I judge a restaurant by the bread and the coffee.” Burt Lancaster

12. “A yawn is a silent scream for coffee.” Unknown Author

13. “The voodoo priest and all his powders were as nothing compared to espresso, cappuccino, and mocha, which are stronger than all the religions of the world combined, and perhaps stronger than the human soul itself.” Mark Helprin

14. “You can’t take the milk back from the coffee.” Jamaican Proverb

16. “I never wrote music or arranged songs or lyrics when I was under the influence of anything but coffee. That’s not gone away.” Chris Cornell

17. “I never laugh until I’ve had my coffee.” Clark Gable

18. “Coffee. My hot friend I was telling you about.” Unknown Author

19. “It is inhumane, in my opinion, to force people who have a genuine medical need for coffee to wait in line behind people who apparently view it as some kind of recreational activity.” Dave Barry

20. “If it wasn’t for the coffee, I’d have no identifiable personality whatsoever.” David Letterman

21. “Even bad coffee is better than no coffee at all.” David Lynch 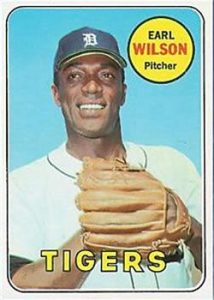 23. “Science may never come up with a better office communication system than the coffee break.” Earl Wilson

24. “Our culture runs on coffee and gasoline, the first often tasting like the second.” Edward Abbey

25. “I believe humans get a lot done, not because we’re smart, but because we have thumbs so we can make coffee.” Flash Rosenberg

26. “May the Coffee be with you.” Unknown Author

27. “Once you wake up and smell the coffee, it’s hard to go back to sleep.” Fran Drescher

28. “It does not matter where you are from or how you feel, there is always peace in a strong cup of coffee.” Gabriel Ba

29. “I never really drank coffee in college, but now I’m on my feet all day and out all night and can’t believe it hasn’t always been in my life. When morning comes I crave it.” Gail Simmons

30. “My favorite co-worker is the coffee machine.” Unknown Author

31. “I don’t know where my ideas come from. I will admit, however, that one key ingredient is caffeine. I get a couple cups of coffee into me and weird things just start to happen.” Gary Larson

32. “Coffee is a lot more than just a drink; it’s something happening. Not as in hip, but like an event, a place to be, but not like a location, but like somewhere within yourself. It gives you time, but not actual hours or minutes, but a chance to be, like be yourself, and have a second cup.” Gertrude Stein

33. “The muse holds no appointments. You can never call on it. I don’t understand people who get up at 9 o’clock in the morning, put on the coffee and sit down to write.” Glen Hansard

34. “Coffee makes us sever, and grave, and philosophical.” Jonathan Swift

35. “When traveling with someone, take large doses of patience and tolerance with your morning coffee.” Helen Hayes 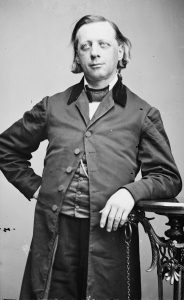 36. “A cup of coffee – real coffee – home-browned, home ground, home made, that comes to you dark as a hazel-eye, but changes to a golden bronze as you temper it with cream that never cheated, but was real cream from its birth, thick, tenderly yellow, perfectly sweet, neither lumpy nor frothing on the Java: such a cup of coffee is a match for twenty blue devils and will exorcise them all.” Henry Ward Beecher

37. “Water is the most essential element of life, without water you can’t make coffee. Unknown Author

38. “This coffee falls into your stomach, and straightway there is a general commotion. Ideas begin to move like the battalions of the Grand Army of the battlefield, and the battle takes place. Things remembered arrive at full gallop, ensuing to the wind. The light cavalry of comparisons deliver a magnificent deploying charge, the artillery of logic hurry up with their train and ammunition, the shafts of with start up like sharpshooters. Similes arise, the paper is covered with ink; for the struggle commences and is concluded with torrents of black water, just as a battle with powder.” Honoré de Balzac

39. “To me, the smell of fresh-made coffee is one of the greatest inventions.” Hugh Jackman

40. “Coffee is a beverage that puts one to sleep when not drank.” Alphonse Allais

42. “I am a coffee fanatic. Once you go to proper coffee, you can’t go back. You cannot go back.” Hugh Laurie

43. “Coffee is a language in itself.” Jackie Chan

44. “Although oil is a commodity, it’s still not a commodity like coffee, which, thank god, we will have with us always. At some point the oil will run out.” James Surowiecki

45. “Given enough coffee I could rule the world. Unknown Author

46. “A 41-inch bust and a lot of perseverance will get you more than a cup of coffee – a lot more.” Jayne Mansfield 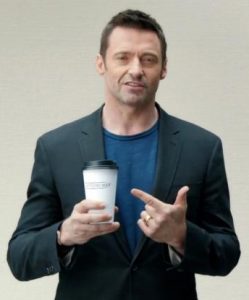 47. “Australians are coffee snobs. An influx of Italian immigrants after World War II ensured that – we probably had the word ‘cappuccino’ about 20 years before America. Cage culture is really big for Aussies. We like to work hard, but we take our leisure time seriously.” Hugh Jackman

48. “Do you know how helpless you feel if you have a full cup of coffee in your hand and you start to sneeze?” Jean Kerr

49. “A day without coffee is like… Just kidding. I have no idea.” Unknown Author

50. “I’m a morning person: if I don’t get up, put the coffee on and get to my desk by 8, the day has already lost a lot of its promise.” Jennifer Gilmore

51. “We want to do a lot of stuff; we’re not in great shape. We didn’t get a good night’s sleep. We’re a little depressed. Coffee solves all these problems in one delightful little cup.” Jerry Seinfeld

52. “You can’t buy happiness, but you can buy a coffee & that’s kind of the same thing.” Unknown Author

53. “Like most of the world’s population I’m into coffee, but in a properly big and important way. My perfect weekend would start with a pint of coffee.” Jimmy Carr

54. “Without my morning coffee I’m just like a dried up piece of roast goat.” Johann Sebastian Bach

55. “I force people to have coffee with me, just because I don’t trust that a friendship can be maintained without any other senses besides a computer or cellphone screen.” John Cusack

56. “With enough coffee nothing is impossible.” Unknown Author

57. “I think if I were a woman I’d wear coffee as a perfume.” John Van Druten

58. “Coffee is the answer, I don’t remember the question.” Unknown Author

60. “The best Maxim I know in this life is, to drink your Coffee when you can, and when you cannot to be easy without it.” Jonathan Swift 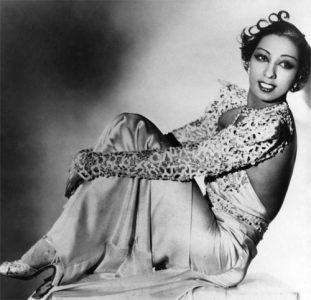 62. “I have walked into the palaces of kings and queens and into the houses of presidents. And much more. But I could not walk into a hotel in America and get a cup of coffee, and that made me mad.” Josephine Baker

63. “Very first thing in the morning, I spew some rough genius directly on to the laptop. Then I have coffee and rewrite for three hours.” Kevin Barry

64. “I never said I liked coffee better than sex. I said I’d had it more.” Kevin Sinnott

66. “Coffee is an essential part of my “responsible grown up” disguise.” Unknown Author

69. “If I asked for a cup of coffee, someone would search for the double meaning.” Mae West

70. “No one can understand the truth until he drinks of coffee’s frothy goodness.” Sheik Abd al-Qadir

72. “A morning coffee is my favorite way of starting the day, settling the nerves so that they don’t later fray.” Marcia Carrington

73. “Coffee has two virtues, it is wet and warm.” Dutch Saying

74. “I don’t know how people live without coffee, I really don’t.” Martha Quinn 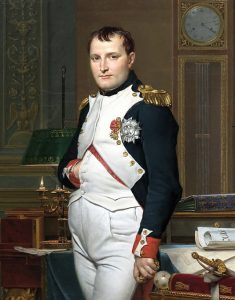 75. “Just so we’re clear, the only acceptable reason for you to touch my cup of coffee is to refill it. Don’t try to be a hero.” Nanea Hoffman

76. “I would rather suffer with coffee than be senseless.” Napolepon Bonaparte

77. “I will start working when my coffee does.” Unknown Author

78. “The morning cup of coffee has an exhilaration about it, which the cheering influence of the afternoon or evening cup of tea cannot be expected to reproduce.” Oliver Wendell Holmes, Sr.

80. “Coffee has given me unrealistic expectations of productivity.” Unknown Author

81. “A mathematician is a device for turning coffee into theorems.” Paul Erdos

82. “I never drink coffee at lunch. I find it keeps me awake for the afternoon.” Ronald Reagan

83. “I gave up coffee. It’s almost worse than giving up a lover.” Sandra Bullock

84. “Behind every successful person is a substantial amount of coffee.” Unknown Author

85. “Coffee is the common man’s gold, and like gold, it brings to every person the feeling of luxury and nobility.” Sheik Abd-al-Kadir

86. “The powers of a man’s mind are directly proportional to the quantity of coffee he drank.” Sir James MacKintosh

87. “I’m not one of those people who wakes up and thinks, ‘Bring on the day!’ I have to have about 7 pints of coffee before I’m even remotely awake.” Stacy London 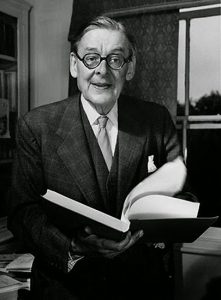 88. “You laugh, I laugh. You cry, I cry. You take my coffee, let God have mercy on your soul…” Unknown Author

89. “I put instant coffee in a microwave and almost went back in time.” Steven Wright

90. “I have measured out my life with coffee spoons.” T.S. Eliot

91. “Coffee is a way of stealing time which should by rights belong to your older self.” Terry Pratchett

92. “Coffee, the favorite drink of the civilized world.” Thomas Jefferson

93. “The key to a happy life is to drink coffee before work and avoid talking to morons.” Unknown Author

94. “Coffee should be black as hell, strong as death and sweet as love.” Turkish Proverb

95. “Coffee and love are best when they are hot.” German Proverb

Even the greatest of whales is helpless in the middle of a desert.
Nothing in the world can take the place of persistence.
To let another into your heart, first let yourself in.
More Fortunes >