A Google search for “coffee myths” returns about 14,200,000 results. And now, I will add to those results by debunking 13 of the most common myths.

Caffeine (which is in coffee is in fact a diuretic) in simple terms makes you go pee, and by itself that may dehydrate you. But coffee is a drink made with water, a drink that is by a large majority mostly water. The fact that you’re drinking your coffee means that the diuretic effect of caffeine is overwhelmed by the water the coffee is made of. Unless you’re not drinking your coffee, this is entirely false. In fact, the diuretic effect of the caffeine in your coffee is so slight, you can actually build up a tolerance to it. 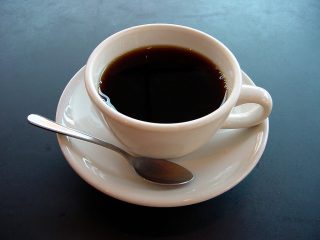 2. Coffee Sobers You Up: False

The idea that coffee sobers you up is a movie cliche and an unfounded one at that. Truthfully, coffee can make you more drunk. The alertness and awareness of caffeine’s effect can make you feel better than you actually are. This is a false feeling, which is probably where this myth started. You don’t have to take my word for it, the American Psychological Association.published an article titled Caffeine Doesn’t Reverse the Negative Cognitive Impact of Alcohol, Study Shows back in 2009.

This one is straight out of Mad Men. It’s a myth that comes directly of marketing from the turn of the century, likely originating when Postum (a coffee alternative made from roasted wheat bran, wheat, and molasses) started a smear campaign. And if those are the ingredients, I can imagine the only way to make people buy your product would be to attack their coffee, because I’m not sold otherwise. Despite many studies that have tried to corroborate this myth, none of them come up with enough evidence to prove this.

The boost you’re getting from your coffee is from the caffeine, which can take 15 minutes to metabolize. Any instant boost is purely in your head. The effects will last up to about an hour and be completely out of your system in about six hours.

6. Coffee Can Boost Your Workouts: Improbable 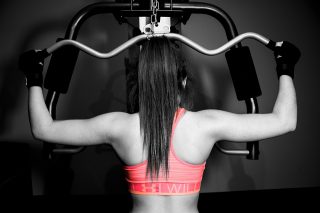 Math isn’t your friend here. We’ve already debunked the “instant boost” and while studies have shown that coffee can boost your short-term exercise, meaning for about five minutes, you have to consider your tolerance and how long it takes the caffeine to metabolize. All that timing considered, meaning there is no constant variable to be considered in the ability to metabolize coffee, your morning cup isn’t bound to be considered a performance enhancer anytime soon.

Here moderation is the key. It isn’t that pregnant women can’t drink coffee, it is that they should keep their daily intake to no more than two cups of coffee a day. Myth debunked. Just keep it in moderation.

This one is all about math. As I have stated earlier, studies have shown that caffeine should be completely out of your system six hours later. So just count back six hours from your bedtime to figure out when you should give up the cup. However, even a cup with dinner at 6pm would be gone by midnight. Which means, if you’re still up at 3 am, something else must be keeping you up.

9. The Effects of Coffee Are Lasting: False

Coffee can in fact delay your circadian rhythms. So why is it here as a debunked myth? In a study done to determine this, UK researchers found that caffeine delayed circadian rhythms by 40 minutes. 40 minutes! That means coffee is about as much to blame as that extra episode of whatever you’re currently binging on Netflix!

This is one you probably knew. Decaf coffee is not completely caffeine free, as it will typically contain about 10 to 20 percent of the caffeine in a regular cup of joe. 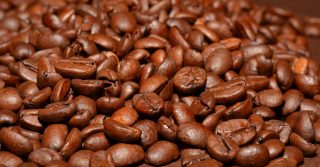 This one is slightly murky. While caffeine is a bit addictive and quitting it can lead to headaches, the effects of dropping coffee cold turkey will not last. Considering that caffeine withdrawal lasts a few days tops, it doesn’t have nearly the same hold as cigarettes, alcohol, or drugs.

While coffee can give you a boost in alertness and energy, it does not speed up your metabolism. So unless you’re drinking coffee while on the treadmill, coffee will not help you with weight loss. And in that case, it’s the treadmill that’s helping you not the coffee.

I’m not sure where this started, but coffee does not cause disease nor increase your risk of death. Some studies actually say that coffee can, in fact, reduce your risk of colon and breast cancer, Type-2 Diabetes, Alzheimer’s and Parkinson’s disease. It has also been proven to alleviate headaches and combat depression. Nominally, but moderation is still important, the science of today says it’s safe to drink about 400 mg of caffeine a day, which averages about four cups of coffee.

In conclusion, can we stop the perpetuation of these myths? I mean, for those of us who are coffee drinkers (and I can’t imagine you read this far if you aren’t), it would be nice not to get looks when we go to get an afternoon cup of coffee. Or experience the sensitive nature we’re handled with if a meeting prevents us from getting that second cup in the morning that we’re used to.

Go forth and drink up.

Sharing little joys offer great hope to others.
Courtesy is the password to safety.
Fame and fortune are coming your way.
More Fortunes >