September is a Sports Spectacular for Savvy Spectators 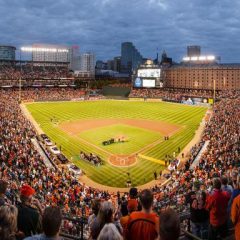 For those of us blessed to enjoy more than one sport, September is much more than back-to-school sales. In fact, it is a veritable cornucopia of sports. Our televisions, tablets, and mobile devices are continuously swimming in baseballs, footballs, soccer balls, pucks, and races.

So let’s take a look at what makes this such a wonderful sports month.

The playoff races are heating up on the diamond as Major League Baseball enters the last full month of the regular season. Your team is either making a playoff push or looking to spoil that of your division rivals.

Either way, all of the games are of at least some import. I can remember watching as my Orioles knocked the Yankees out of the playoffs not too long ago, and when you’re not heading to the playoffs that is something exciting to cheer for. If you are in the playoff race, you’re scoreboard watching to see what the teams around you are doing in the standings. There’s a lot more premium soccer to watch. The MLS playoff picture is coming into focus, but beyond the shores of North America where Liga MX is also in full swing, the big leagues of the English Premier League, Spanish La Liga, German Bundesliga, Italian Serie A, and French Ligue 1 are all back on the pitch. This is also accompanied by World Cup Qualifiers, so players are working double time for club and for country.

Combine that with the open transfer window, and you’re giving the pundits much more than game footage to discuss. And if the transfer window isn’t your cup of tea, I apologize, because this early in the season that’s what the pundits focus on.

We move from futbol to football as college football kicks off, followed shortly by its big brother – the NFL. Also, in states where high school football is still huge, that’s kicked off at the end of August and is full of Friday night highlights. And in the Great White North, the Canadian Football League (CFL) continues its season as the playoff picture becomes clearer. 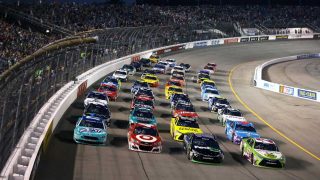 NASCAR is heading towards the Finish

With a week full of baseball and Saturdays and Sundays jammed with both types of football, that’s surely enough to keep your remote busy, right? Wrong, because there’s plenty of time to move to the ice as the NHL starts its regular season in September. While on the court in New York tennis celebrates their last Grand Slam of the year with the US Open.

But the sports with goals and balls aren’t the only ones with playoff pictures. NASCAR and F1 are heading into fifth gear, so you can add racing to your weekend watching. Meanwhile, on two wheels the professional road cyclists race in their last Grand Tour – the Vuelta a España, or Tour of Spain.

So, find a comfortable chair and give that remote the workout you’ve been practicing your whole life for. You won’t want to miss a minute of the action!

Today it’s okay to make a few choices by going with your instincts.
Nothing in the world can take the place of persistence.
Your moods signal a period of change.
More Fortunes >