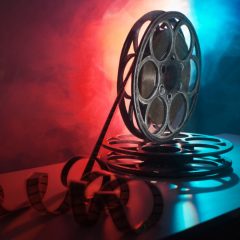 This could very well be the same list you’ve read a hundred times since the beginning of the year. Do I apologize for this? I do not. This is a geek blog and most of these movies are geek movies, it just so happens that geek has moved into and maintained its place within the mainstream.

That being said, this is my list of the 18 movies I’m most looking forward to in 2018. Enjoy, and pass the popcorn.

1. Black Panther (February 13)
The year will be starting with Marvel for me. After all the fun of Thor: Ragnarok, it’s time to get serious. “I have seen Gods fly. I’ve seen men build weapons that I couldn’t even imagine. I’ve seen aliens drop from the sky. But I have never seen anything like this.” The voiceover that starts the first official trailer for Black Panther sets it up all too well… We’re going to Wakanda… So, sit back and enjoy the ride. “The revolution will not be televised… The revolution will be live.”

2. Game Night (February 23)
I tend to stay away from looking forward to comedies, but there is just something about Game Night that seems much more intriguing than most. “Tonight we’re taking game night up a notch…” Sure, I’m game, let’s do this. A murder mystery where the players don’t know what’s real and what’s not? Plus, Rachel McAdams and Jason Bateman, Lamorne Morris and more. Who’s not up for a Game Night?

3. Red Sparrow (March 2)
Is Black Widow by any other name still Black Widow? It sure seems like it. And yet despite not actually being called Black Widow or starring Scarlett Johansson, I’m still looking forward to this. And that scene in the trailer with the platinum blonde hair, that is reminiscent of Charlize Theron in Atomic Blonde. So there’s that. 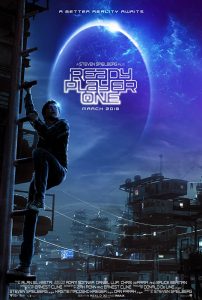 4. Ready Player One (March 30)
Ernest Cline’s masterpiece of a debut novel is coming to theaters and it’s being directed by Steven Spielberg. That’s all you need to know… Now, do yourself a favor and get a copy of the book, then read it before March 30th! You’ll want to be prepared and Ready for this one!

5. Avengers: Infinity War (May 4)
“In time, you will know what it’s like to lose.” But in this release, a culmination many years in the making… We all win! So get that man a shield and let’s go already!

6. Solo: A Star Wars Story (May 25)
You don’t need a trailer to be interested in this film if you’re a Star Wars fan. Just the simple knowledge that you’ll be seeing some of the exploits of the younger “stuck-up, half-witted, scruffy-looking nerf herder” and “scoundrel” should be enough. It is for me!

7. Deadpool 2 (June 1)
It’s Ryan Reynolds and another movie without a fourth wall. You want more of Deadpool, and you’re going to get it! This time with Cable!

8. Jurassic World: Fallen Kingdom (June 22)
“A rescue op? Save the dinosaurs from an island that’s about to explode?” Dinosaurs, Steven Spielberg, Chris Pratt, Bryce Dallas Howard, and Jeff Goldblum returning to the Jurassic Franchise!? How could I possibly resist? I know it’s not for everyone. But for those who enjoy this sort of thing, whether it is a rehash of Jurassic Park: The Lost World or not, it will be very entertaining to say the least… “Life cannot be contained. Life breaks free. Life… Finds a way.” 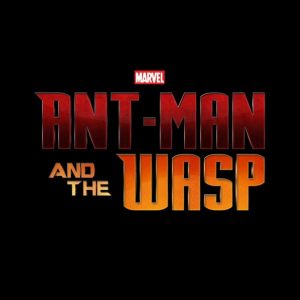 Ant-Man and the Wasp

9. Ant-Man and the Wasp (July 6)
Not only was Ant-Man a standout film that followed in the footprints of the superhero origin formula that Marvel created, and perfected with Iron Man and Captain America: The First Soldier, but with the use of Dr. Hank Pym played by Michael Douglas, we also got a glimpse into some of the history in the Marvel Cinematic Universe. This time around, with Dr. Pym’s lovely daughter Hope van Dyne taking up The Wasp mantle from her mother, it’s time to uncover secrets from their past!

10. Alita: Battle Angel (July 20)
I don’t always drink the James Cameron kool-aid, but Robert Rodriguez seems to be near the top of his game, and the two of these innovators collaborating in the making of Alita makes this worth watching. The trailer looks compelling and entertaining, without giving too much away.

11. Venom (September 5)
Starring Tom Hardy as Eddie Brock, the “host” of Venom, and coming to you from Marvel Entertainment and Sony Pictures. The only question that remains is if we will see Peter Parker or Spider-Man in this picture. But Marvel is getting good at keeping secrets, so you never know…

12. Robin Hood (September 21)
Taron Egerton or Eggsy from the Kingsman franchise is going to be playing Robin Hood, in this “gritty” retelling of the classic story. It wasn’t too long ago (2010) that Russell Crowe drew his bow as Robin to less than stellar results. But, with Egerton taking the lead, a solid performance could net a sequel. I’m always interested in a good theatrical version, but I’m not going to get my hopes up too high, still I am intrigued.

13. First Man (October 12)
This is the story of the life of astronaut Neil Armstrong and the mission that made him a household name. With Ryan Gosling as Neil Armstrong, Jon Bernthal as Dave Scott, Pablo Schreiber as Jim Lovell, Corey Stoll as Buzz Aldrin, Kyle Chandler as Deke Slayton, Cory Michael Smith as Roger Chaffee, and Lukas Haas as Mike Collins, this has the makings of an amazing film. With a stellar cast, the whole mission will ride on the writing of Josh Singer who adapted the screenplay from James R. Hansen’s book First Man: The Life of Neil A. Armstrong. 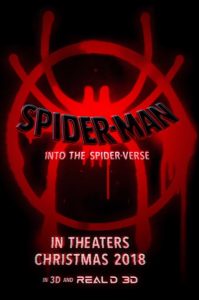 Spider-Man: Into the Spider-verse

I just wonder why this isn’t getting released in July, closer to the anniversary of Apollo 11’s momentous touchdown on the moon?

14. Spider-Man: Into the Spider-Verse (December 14)
As great as Spider-Man: Homecoming was, there is only so much you can do with a live-action Spidey. But in animation… Well… That’s another story. Introducing Miles Morales to the mainstream, this could be very interesting… And it already looks amazing!

15. Mortal Engines (December 14)
Producer Peter Jackson is taking a book series I’ve never heard of and he, along with Philippa Boyens and Fran Walsh have written the screenplay that will be bringing it to the big screen. Adapted the book by Philip Reeve, with a trailer that engages the imagination. This will be quite the holiday adventure. And yes, Elrond himself, Hugo Weaving is in it. That’s all you need to know.

16. Aquaman (December 21)
Despite all of DC’s blunders, Wonder Woman being an amazing exception, I still have hopes that they’ll figure it out. The movies that Marvel is producing are fantastic, but imagine just how much better they would be with some competition. Will Aquaman provide it? Perhaps not, but for a character that was just a comic punchline in comic stores, I hope the more serious take on the character leads somewhere interesting.

17. Bumblebee (December 21)
The Transformers franchise has ebbed and flowed over the years, but I’ve always maintained that Bumblebee should have been a Volkswagen Beetle, and now that will be realized on the big screen in his very own origin movie. If Bumblebee had yet again been a Camaro, this would not be on the list, but they’re finally doing it right. Will it be the best Transformers movie ever? In my mind, nothing will beat the 1986 animated classic, but as long as it’s enjoyable, I’ll be alright with it.

18. Bohemian Rhapsody (December 25)
Have you seen this side by side footage of Rami Malek performing the title track on a remade Live Aid stage? https://vimeo.com/233607326 Seriously, Rami’s got Freddie’s mannerisms down. And in some of the same bootleg footage with audio, the man may not be Freddie Mercury, but he sure can sing. This biopic should be more than a movie, and it seems to be shaping up more like an experience. 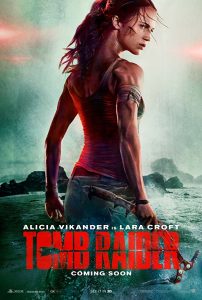 Now, before I go, I do have four other honorable mentions. Tomb Raider (March 16) which is only an honorable mention because no one seems to be able to get video game movies right, though this is promising, Ocean’s 8 (June 8), because I wonder just how the women will compare to the men, though I’m extremely attached to the original starring The Rat Pack, The Predator (August 3) returns, and that’s always something interesting to see, X-Men: Dark Phoenix (November 2) since the X-Men series is starting to slightly trend upwards, you might as well give it a chance, and then there is the holiday classic returning in its rightful animated form Dr Suess’ How the Grinch Stole Christmas (November 9) in which the title character will be voiced by the talented Benedict Cumberbatch.

Nothing in the world can take the place of persistence.
Fame and fortune are coming your way.
To let another into your heart, first let yourself in.
More Fortunes >