Over the course of 2017 I’ve consumed thousands of hours of podcasts. And for you, dear reader, I have collected some of the more transcendent quotes that hit me somewhere during those many hours.

To those who still don’t understand “podcasting,” I’d like to reference two quotes from a book by Marc Maron named Waiting for the Punch, before I start, which eloquently explain why podcasting is important.

As Marc writes, “I think the pastime of chatting or candidly talking to people about anything or nothing is fading away. People don’t even want to leave voice messages anymore, let alone talk. We keep distance from each other because we can. It’s odd and sad. Because just by talking to each other, we can put all the aspects and challenges and joys and horrors of life into perspective, even if that is not what we are talking about. It’s relieving, comforting, and enjoyable.”

And with the chatting part taken care of, Marc also has a well-written explanation of the passive listening end of podcasting, “The effect of listening to an uninterrupted, long-form conversation with emotional ups and downs, depth and lightness, humor and sadness, is an essentially human experience.”

I do not believe that any of these quotes require any more context than what is given, as that is what makes them transcendent. Of course, I reference the episodes they are from if you wish to know more. Some are just one-liners that don’t have much further context, others are points made at the end of a story. 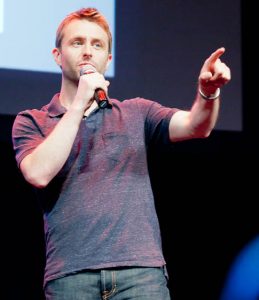 So with that in mind, here are the quotes that I pulled, which transcend their place within the conversations where they were stated.

“Sometimes you feel like shit.” – Chris Hardwick on Nerdist Podcast 867 with Dave Gahan

“It’s not so much about goal orientation other than gradual emancipation.” – Guy Ritchie on Nerdist Podcast 870 with Chris Hardwick

“The moment that I found my balance, because how can you walk without balance, we take everything for granted, we think that what we think is the truth, we only make it the truth it’s not necessarily the truth.” – Elliott Gould on WTF with Marc Maron 851

“Data is the death of quality.” – Jason Blum on Nerdist Podcast 909

“It starts with content but it continues with personality… It’s the truth. You can be light on content if you have good personalities.” – Henno Heitur on What’s Your Work 4.1

“My house is falling down, it’s falling apart. I gotta make a decision man. I gotta get out before the whole thing crumbles or do something, it’s a tiny house. I know this garage is mythic. I know this garage is where everything turned around and my life changed and it’s got its own, sort of, you know, reputation. But I think we gotta accept, we gotta accept that maybe, maybe I’m the component. Is that possible, that I’m the component that makes it good and not necessarily the structure that I’m in. Is that possible? Is it?” – Marc Maron on WTF with Marc Maron 862

“Politics is, if you’re going to get it generically, it is simply the anticipation of human beings.” – Lawrence O’Donnell on WTF with Marc Maron 864 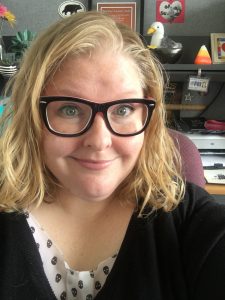 “Be as much yourself as possible because the more yourself you are the less like anyone else you are.” – Chris Hardwick with Dana Gould and Janet Varney on the Nerdist Podcast 920

“I’ve been trying to expand our scope just a little bit in this podcast so that we can cover contemporary companies and technologies as well as historical ones… Basically, I don’t want to have to wait for things to become ‘historical’ before getting a chance to analyze them here.” – Brian McCullough during the intro on The Internet History Podcast 155

“Someone once said to me, and I agree with it, ‘the internet is a sewer and swans don’t swim in sewers.’” – Joe Kenda on The Nerdist Podcast 922

“One of the things that it seems like no one in early computing, it never occurred to anyone that computers would be a great communication tool. And time and again on this show, in your book and other histories and things like that, it is always the communication that is what gets the mainstream users hooked.“ – Brian McCullough on The Internet History Podcast 159 with Brian Dear

“You know when you’re a writer, you know, of any kind, I think you never have any free time.” Steven Van Zandt on WTF with Marc Maron 873 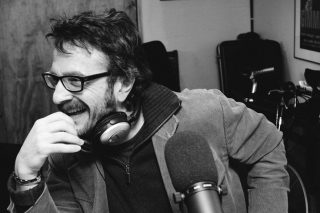 And lastly, one short conversation with Rory Scovel and Marc Maron on WTF with Marc Maron 834:

Marc: Was that the first time you had that moment, because like, when I go on the road sometimes I do the local TV and you walk into a space, it’s just this big empty space with a set, and you’re like this is it?

Rory: Yeah, the magic is… Immediately you go, so there is no magic, to anything, it’s just these cameras have sold us a lie our whole lives.

In conclusion, it’s been another amazing year in podcasting. I feel it’s proper to end as I began, again with the same Marc Maron quote you read at the top of this article. “The effect of listening to an uninterrupted, long-form conversation with emotional ups and downs, depth and lightness, humor and sadness, is an essentially human experience.”

Courtesy is the password to safety.
Today it’s okay to make a few choices by going with your instincts.
Whoever wants to reach a distant goal must take small steps.
More Fortunes >