In Defense of Distraction: Agent Palmer’s 2017 Year In Review 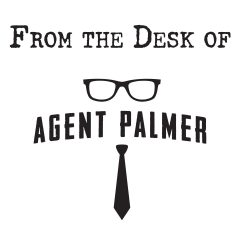 It’s been quite a year and as it comes to it’s inevitable end, as all years do, what now? What is there to say as I look back on the year as it was.

As you may have noticed, I don’t do politics. I write this blog to educate, to entertain, and to share. But I don’t want to be derisive, and I attempt not to be offensive.

I see this as a safe zone. Full of the things that have made life for geeks, like myself, enjoyable. Whether that is a new movie, old movie, new book, old book, list of fun things to jump start conversation, or a history lesson into something I personally want to know more about or to share with others my existing knowledge. You can see it all in what I’ve posted, in the past and over the course of 2017.

Sure, I could recap posts, like the Week of Coffee series, or the start of my A to Z posts, or A to Zed for my non-American friends. Or I could talk about the movies I wrote about like the second installment of Guardians of the Galaxy, Valerian, Atomic Blonde, Hitman’s Bodyguard, or even the movies I saw that I didn’t write about like Going In Style, Star Wars: The Last Jedi, Spider-man: Homecoming, Thor: Ragnarok, Wonder Woman, or Logan. (On a side note, that is a lot of movies with colons in the title, that I didn’t notice until now.)

There’s all the television I watched again, some that I wrote about like the second season of Stranger Things or all the Marvel Netflix series, or the stuff I didn’t write about like The Orville or Gotham. 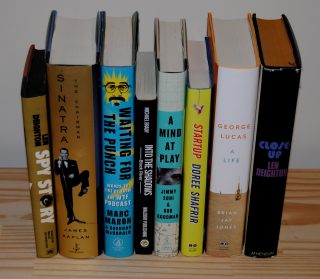 Selections from the Read in 2017 Library

Even all the books I read, including some new one’s actually released this year like Start-Up, Waiting for the Punch, A Mind At Play, Into the Shadows, and Atticus. Seriously, I don’t usually read contemporary stuff, so that was a change. Or the old one’s I dug into that were new to me, like my continuing to read through Len Deighton’s back catalog, or the biographies of Frank Sinatra, Joe Perry or George Lucas.

But I’m not going to do that any more than I just did. I know, I know, you were catching on!

Instead… I’m going to tell you that it is because of all those things that I had a wonderful 2017. I’ve not put my head in the sand, I do know what’s going on. It’s part of life, and some of it does have an impact on my life, but I voted, that’s how it works here in the United States, and that’s all I can really do. But that doesn’t mean, I have to be strapped in to the news cycle everyday, all the time. That’s no way to live.

Think of just the brief window of shameless self-promotion that started this post. Outside of the older books I mentioned, all of that stuff came out this year. It was yet another banner geek year, a “Bruce Banner” year, if I may be so bold.

And next year is shaping up in similar fashion. I know it’s cliche, but not all cliches’ are bad, and there is much more that brings us together than divides us. (To my friend, Bill: Sorry, I really tried to keep the maths out of this, but I needed to use the word “divide,” please don’t be offended.)

Anyway, I got through this year because of the geek I am. I stayed busy, I read a lot, I watched some amazing things, and I spoke to and collaborated with some amazing people. You can’t do much better than that, unless it is your day job! 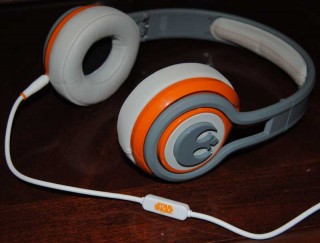 But it’s not my day job, and I still had an amazing year. I don’t presume to know what hardships your life takes, or how easy or hard your day to day is. But if you take at least a little time to enjoy yourself; go to the movies, watch a show you enjoy (I don’t recommend hate-watching anything because there’s too much great stuff that you’ll actually enjoy), pick up a good book, or even just listen to a podcast, any podcast, not just the ones I produce like Our Liner Notes, The Stranger Conversations, or The Wicked Theory Podcast, and not even just the ones I regularly associate with like Dark Angels & Pretty Freaks, Couple Things Podcast, Gotham Lights, Reasons Are Several, How Was Your Week, Honey?, or Spybrary, and not even just the ones I listen to beyond that like Nerdist, WTF with Marc Maron, The Internet History Podcast, or The West Wing Weekly. (Ok, I’m done with the self and semi-self promotion…)

Seriously, there is a podcast out there for you, many of them in fact, just as there are many movies, books, and television shows awaiting you too.

Consume the media of hardworking artists, and creators, its easy and oftentimes free. We live in a period of immense and at times overwhelming entertainment options. But they aren’t all expensive and they’re literally surrounding us at all times. If you’re reading this right now, you are on the internet, and I thank you for taking the time. While you’re at it, look around my site. I suggest books, movies, podcasts, and television shows aplenty. Some of which, outside of the podcasts, can even be found at your local library. 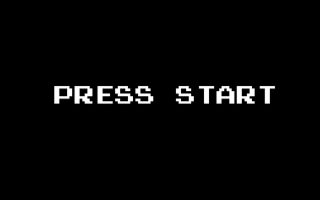 Press Start on Something in 2018

Why was 2017 so good for me? Well, I made some great choices in the entertainment that I did partake in. Some of that was luck, other times it was a suggestions from someone. But again, it’s up to you.

You too can stay informed without being overwhelmed by the news. Sometimes you just have to turn off the current events, not avoid it completely, but take a step away and open that book, press play on that movie, television show, or podcast.

If you’re interested in it, it can only entertain you. There’s too much negativity out there, for you to encounter. So everyone, even myself, could use more of the things we enjoy in life.

That is my advice to you. And if you’re going to, please binge responsibly. Happy New Year to all of you! Bring on 2018!

Your moods signal a period of change.
Sharing little joys offer great hope to others.
Fame and fortune are coming your way.
More Fortunes >