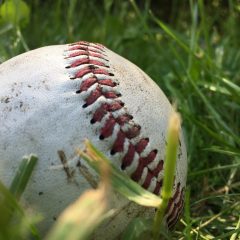 There are a lot of rock stars and musicians who want to be athletes, and baseball is a favorite sport of a lot of them, regardless of genre.

Because 27 is the number of outs needed for a perfect game, thus making this the perfect baseball playlist.

So with some short pitches and some lyrics from each song, here are the strikes.

Gathering Crowds – John Scott
It was the closing theme for “This Week in Baseball,” which often led into the Game of the Week. It is the only song on the list with no lyrics.

Baseball Song – Matt the Electrician
These opening lines are enough to get me ready to put on a jersey and go to a game.

On opening day no one will say the country has gone to hell in a handbasket
Cause if it’s just you and me, section 03, with beer and a bowl of sausage size of a buick
Don’t say its tired, don’t say its old

It doesn’t matter, sunshine or cold
There’s nothing wrong if the game goes long
I’m sticking around til the final innin’

It’s A Beautiful Day for a Ball Game – Frank Larez
This is a classic.

It’s a beau-ti-ful day for a home run,
But even a triple’s o-kay!
We’re gonna cheer and boo and raise a hulla-ba-loo
At the ball game today 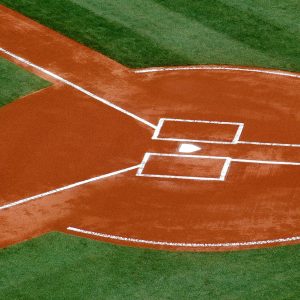 Centerfield – John Fogerty
Any list of baseball songs would be incomplete without Centerfield. Heck, they even use the ubiquitous claps from the beginning of the song when they’re bringing players up to bat!

Put me in coach, I’m ready to play today
Look at me, I can be centerfield

We’re talkin’ baseball!
Kluszewski, Campanella.
Talkin’ baseball!
The Man and Bobby Feller.
The Scooter, the Barber, and the Newc,
They knew ’em all from Boston to Dubuque.
Especially Willie, Mickey, and the Duke.

The Greatest – Kenny Rogers
We’ve all been that kid in the baseball hat.

Little boy in a baseball hat stands in the field with his ball and bat
Says, “I am the greatest player of them all”
Puts his bat in his shoulder and he tosses up his ball. 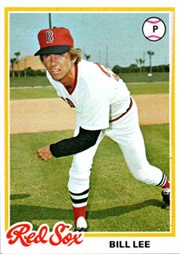 Bill Lee – Warren Zevon
A song about the Spaceman himself!

And sometimes I say things I shouldn’t

Used to work on Mr. Finley’s farm
But the old man wouldn’t pay
So he packed his glove and took his arm
An’ one day he just ran away.

Catfish, million-dollar-man,
Nobody can throw the ball like Catfish can.

Joe DiMaggio Done it Again – Billy Bragg and Wilco
DiMaggio is a legend for a reason.

Did You See Jackie Robinson Hit That Ball? – Count Basie
Jackie changed the game of baseball forever, so you can’t leave him out of the lineup. 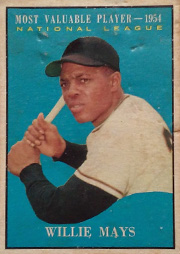 Say Hey – The Treniers
Willie Mays was one of the greats, he played “all fields!”

He runs the bases like a choo-choo train
Swings around second like an aeroplane
His cap flies off when he passes third
And he heads home like an eagle bird.

Love is Like a Baseball Game – The Intruders
And sometimes baseball is just like love, too. It’s reciprocal.

Dig in, girl,
You’re gonna get your hands dirty,
Swinging, from your heels.
Roundin’ third,
But baby, don’t worry,
I’ll show you how it feels.
‘Cause I camped out at home plate,
And girl I can’t hardly wait

A Dying Cub Fan’s Last Request – Steve Goodman
Though they won the World Series in 2016, this still holds true for other teams.

Do they still play the blues in Chicago
When baseball season rolls around?
When the snow melts away, do the Cubbies still play
In their ivy-covered burial ground? 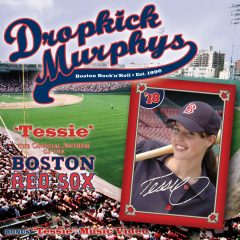 Land of Wrigley – Stormy Weather
Honestly, the Cubs have a more songs devoted to them than most clubs. Perhaps it was all those years of lovable losing?

It feels so good, when you’re home
Let’s hear it for the sunshine boys,
You can do no wrong
On the road they give you night and day
When they’re at home they play the natural way
Come on Cubbies well hey, hey, hey
Roll all day long

A World of Orioles Baseball – Jason Siemer
I love the Orioles, and since they’re my team, I couldn’t leave out a song about their history.

Moved along to ’92, out with the old in with the new
Found our way to Camden Yards and had our time amongst the stars
Still we boast some of our own in this now legendary home
Where the Iron Man has turned the key to baseball immortality
And Eddie’s blast has come at last, he hit it here, and I believe
That after all these years, it was somehow meant to be
And now we’re dreaming that the series will become reality
Until then, let’s all cheer the birds again

Glory Days – Bruce Springsteen
It’s no stretch to include this on the list. We’ve all looked back at our own Glory Days… 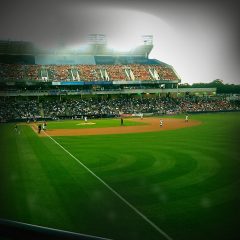 Right Field – Peter, Paul and Mary
This folk trio tells it like it is.

Playing right field can be lonely and dull
Little Leagues never have lefties that pull
I’d dream of the day they’d hit one my way
They never did, but still I would pray
That I’d make a fantastic catch on the run
And not lose the ball in the sun 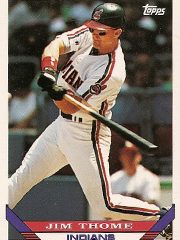 Thome at the Plate – The Whipkey Three
There’s a lot of songs about pitchers, but this song is all about Hall of Famer Jim Thome.

My heart’s been broke
The engine smokes
And every bill is late
But you know I won’t worry
When Thome’s at the plate.

Someday We’ll Go All The Way – Eddie Vedder
That “someday” was realized in 2016 and now Cub fans hope it’s not another 108 years.

Don’t let anyone say that it’s just a game
For I’ve seen other teams, and it’s never the same
When you’re born in Chicago, you’re blessed and you’re healed
The first time you walk into Wrigley Field

Orioles Magic – Perfect Pitch
The rally song of my team, my Orioles from back in the day.

Paradise by the Dashboard Light – Meatloaf
The unmistakable voice of Phil Rizzuto broadcasting a game breaks into this Meatloaf hit.

The suicide squeeze is on
Here he comes, squeeze play, it’s gonna be close
Here’s the throw, here’s the play at the plate
Holy cow, I think he’s gonna make it

Extra Inning of Love – The Baseball Project
It’s worth a mention that this all-star band of REM’s Peter Buck and Mike Mills, The Young Fresh Fellows’ Scott McCaughey, The Dream Syndicate’s Steve Wynn, and drummer Linda Pitmon does nothing but sing of the great American pastime, so they deserve a mention.

Songs Left in the Bullpen and on the Bench:

Fame and fortune are coming your way.
Today it’s okay to make a few choices by going with your instincts.
Courtesy is the password to safety.
More Fortunes >