Timing is Everything when we Examine our Favorite Films, Music, and More 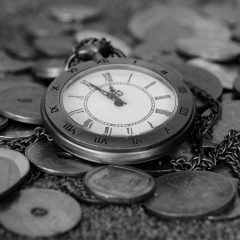 Not that long ago, I appeared on Our Liner Notes to argue with my friend and show host Chris Maier about the merits of both the movies and soundtracks for Heavy Metal vs. Rock ‘N Rule.

Despite our differences, we came to one very important conclusion. Since I had watched Heavy Metal in my early teens and only came to discover Rock ‘N Rule some 20 years later, while he had come to Rock ‘N Rule a bit earlier and then watched Heavy Metal recently, also about 20 years later, our opinions were extremely influenced by when we watched these films more than the films themselves.

Both of us had come to our favoring of Heavy Metal or Rock ‘N Rule because we had watched it in our formative years.

Though the merits of both films are not completely lost on us, for having first seen each film 20 years apart from each other, I don’t believe it is entirely based on our own nostalgic love that we favored one or the other.

Now, it’s not a cop-out to the argument we had. Clearly, we have an appreciation for our respective films, but a good portion of that appreciation is because of when we came to know them. So what exactly are the formative years? 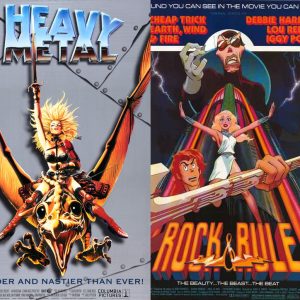 It all started on a podcast

Well, it’s pretty obvious, but it’s the part of your adolescence which has a strong influence on who you became and what you enjoy where you are now in life. Now, this also aligns with the onset of puberty and your growth from childhood to adulthood, and aside from the physical changes in your life, it’s the first time when you start to plant your own personal flag on your likes and dislikes that, for the most part, probably still remain to this day.

Yes, we all grow out of things, but if you go back to the movies or music you were enjoying in those formative years now, you’ll probably still enjoy them, regardless of whether it was actually good or not. There’s no shame in that, it is a part of what made you who you are.

I have come back to those things on this blog for reviews which are, I’ll admit, sometimes reviewed through rose-colored glasses. But that doesn’t mean that I’m alone. It just means that those films and those tunes will always be a part of my taste.

So the next time you’re arguing over the merits of a film you first watched way back when or a song you first heard what feels like ages ago, remember that there’s something inherited from consuming such art at a certain time.

It becomes a part of who you are, whether you admit it or not. Even if the film isn’t the best or the song is highly questionable to you now, there’s still something about it you can’t deny. 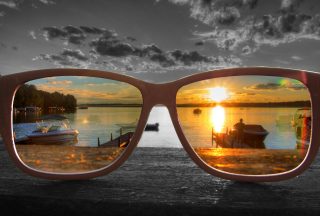 You liked it then, and you’ll still have a soft spot for it now.

So I’d like to challenge you… Start digging around for those old VHS copies you may still have in a box in your parents’ garage, look around for the shoebox full of cassettes in their attic, find those things that made you smile with a dedication verging on cultish enthusiasm from your youth. It may be hard to watch depending on your current age and how far movies have come and music has changed, but it will bring joy to your life.

And if you’re so bold, share them with me. Write about them, podcast about them, talk about them, and share them. For anyone of a similar age to you, it may be common ground you didn’t even know you had.

Today it’s okay to make a few choices by going with your instincts.
Your moods signal a period of change.
Even the greatest of whales is helpless in the middle of a desert.
More Fortunes >