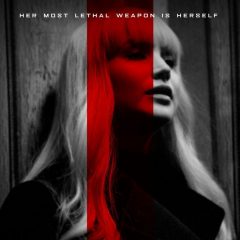 Red Sparrow is a great addition to the world of cinematic spy fiction. And yet, because the film is so good and so close to the origins of Marvel’s Black Widow, it’s hard to see this as anything more than Marvel being painted into a corner.

But before I get too far into the weeds on that, let me first talk about the film on its own, based upon a novel of the same name by Jason Matthews which I haven’t yet read.

The cinematography is beautiful, which isn’t out of odds within the spy genre, but it is odd when you consider how graphic this film is. Red Sparrow is not a film for the faint of heart. The sex, the violence; it’s graphics, but not in a gratuitous way, just as a way to add those elements realistically to the story. A story that was masterfully crafted and adapted to the screen. 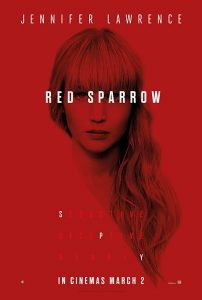 The lead, without all of the proper training, is a natural. She was pulled out of her training earlier than Matron, the head of the Sparrows, sees fit. I don’t see this as lazy or convenient writing, I see it as happenstance. Some people are just naturally gifted, and sometimes they fall into using those gifts. Our lead can read people, and with her correct responses in the first training session, it’s not an accident.

And the movie’s plot is a great example of why counter-espionage isn’t always black and white. Sometimes it’s not just a double standard, sometimes it goes triple… And while it’s not the easiest thing to follow all the time, it isn’t supposed to be.

There’s a small part of me that loves the idea that the “disks” in question, an integral part of the plot implicating a U.S. Senator’s dirty chief of staff brilliantly played by Mary-Louise Parker, are 3.5 actual factual floppy disks! I mean, that’s pretty badass, considering there’s only a handful of people that even have the capability to read them unless clandestine organizations are utilizing outdated technology to stay in the shadows.

Getting back to the graphic nature of the film, while not quite comparable to Atomic Blonde, I am extremely satisfied with the way that they chose to “rough up” Dominika in a brutal way. It’s not that I enjoy the brutality, but I do appreciate the realism. Go figure, that it took a post-John Wick world for Atomic Blonde and Red Sparrow to show bruised spies. It’s not the first time in cinema that our heroes are beaten, John McClane has made a career of it, but Bond was getting by without so much as a scrape or two before Daniel Craig took over the role.

So how does Marvel’s very similar Black Widow compare?

The parallels are many. While Red Sparrow’s Dominika Egorova is a prima ballerina, who has her leg broken on purpose by her co-lead, Black Widow aka Natasha Romanoff also studied ballet. (I’ll add here that while both of these future spies were ballerinas, from what was fictionalized in Black Swan, being a professional dancer doesn’t seem worth the stress and pressure of who’s going to stab you in the back, does it?) Both are Russian, and in the case of one of my favorite story arcs for Black Widow, from the Marvel Max line, both have been blondes. 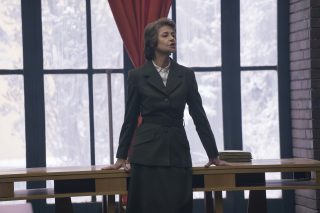 “The Cold War did not end, it shattered into a thousand dangerous pieces. The West has grown weak, drunk on shopping and social media. Torn about by hatred between the races, and as a result, the world is in chaos. Only Russia is willing to make the sacrifices required for victory. For there to be peace we must once again place ourselves at the head of nations. From this day forward you will become sparrows, weapons in a global struggle for power. You have been selected because of your beauty, because of your strengths, and in some cases because of your vulnerability.”

“Here we deal in psychological manipulation. You’ll be trained to determine a target’s weakness, to exploit that weakness through seduction, and to extract information.”

“You must learn to sacrifice for a higher purpose. To push yourself beyond all limitation and forget the sentimental morality with which you were raised. Or is it pride? In my experience, the proud are the first to fall.”

“Every human being is a puzzle of need. You must learn to intuit what is missing become the missing piece, and they will give you anything.” 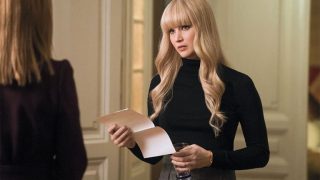 Now, those parallels, beyond their skills as clandestine operatives, are what really paints Marvel into a corner where it comes to a standalone Black Widow film for the Marvel Cinematic Universe, which is a Universe that is PG-13 at best.

These films do have their niche and Black Widow could join them, but I fear for the PG-13 cap. Deadpool has shown superhero films can be successful and rated R, so too did Logan. I just don’t think Marvel is willing to take Black Widow in those mature directions, no matter how much it would be great for spy genre fans to see three wonderful female leads duel it out for supremacy.

What do you think? Will Marvel take Black Widow down the road paved before her by Atomic Blonde and Red Sparrow?

Read the Secret File of technical information and quotes from Red Sparrow.

Let’s finish this up now, someone is waiting for you on that.
To let another into your heart, first let yourself in.
Whoever wants to reach a distant goal must take small steps.
More Fortunes >