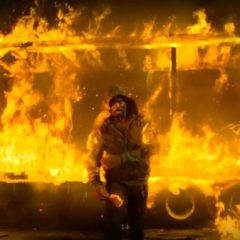 A Special Report from Agent Parker.

If you’re the type of Marvel fanatic who loved the realistic approach creators took to humanize the villain Killmonger in this year’s “Black Panther” film, you’re sure to see some parallels in the second season of “Luke Cage.”

All of Power Man’s second season episodes became available on Netflix on June 22, and thanks to the power of paid time off, I was actually able to finish the series within a week.

What’s encapsulated in the second season dedicated to Harlem’s bulletproof hero isn’t just the struggle of Cage versus another supernaturally powered person but also the struggle within himself to either fight for the right reason or fight just because he can.

The following contains spoilers for season 2 of Luke Cage. You’ve been warned.

The season is punctuated early on by Luke (Mike Colter) in high spirits. After all, he’s got Claire Temple (Rosario Dawson) by his side, hype man D.W. Griffiths (Jeremiah Craft) selling Luke-inspired merch and documenting his every move, and the wisdom of Bobby Fish (Ron Cephas Jones) to keep him grounded to his mission of protecting Harlem. Things quickly turn with the very early introduction of John McIver (Mustafa Shakir), better known by the street name Bushmaster, a Jamaican hellbent on reclaiming Harlem from the Stokes family as his birthright.

Bushmaster’s journey from nearly bulletproof villain to a temporary king to fallen anti-hero really harkens memories of Michael B. Jordan’s portrayal of Killmonger in “Black Panther.” 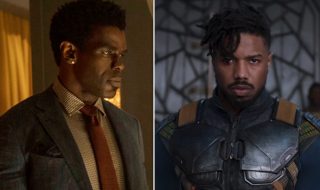 The parallels provide some understanding of Bushmaster’s vicious ways, although he has a much greater flair for the dramatic. He cuts off the heads of rival gang leader Nigel Garrison (Macc Plaise) – among others – on his route to taking down Mariah Dillard (Alfre Woodard) to reclaim Harlem as his own.

Through his own words and a later flashback, we learn that Bushmaster’s father Quincy McIver and Stokes family patriarch Samuel “Buggy” Stokes fancied themselves business partners decades before. The pair agreed to an equal split of the profits behind the sale of Bushmaster Rum and the operation of Harlem’s Paradise. After the business deal broke down and led to both of their deaths, Bushmaster’s mother Gwen attempted to sue Mama Mabel Stokes (LaTanya Richardson Jackson) for her fair share. Following a heated meeting between the two strong women and their lawyers, Mama Mabel threw molotov cocktails into the McIver home leaving Bushmaster to escape at his mother’s instruction.

As Bushmaster weaves his web of revenge, Mariah moved to legitimize all of the Stokes family’s dirty money. By selling off the family gun business and using some insider trading tips and blackmail to coerce the very profitable sale of a plastics business, Mariah was swimming in cash for her Family First healthcare center. Bushmasher marred the opening by placing the decapitated heads of three men connected to Mariah’s dirty deals on spikes just inside the doors for the elaborate ribbon-cutting ceremony. 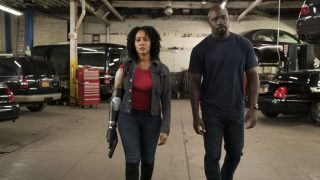 There are plenty of fight sequences and interweaving storylines to keep things moving – how Misty Knight (Simone Missick) returns to police work and acquires her trademark mechanical arm, the underhanded henchman work of Hernan “Shades” Alvarez (Theo Rossi) that leads to the death of his close friend, and even a notable episode dedicated to the idea of Cage being a “Hero for Hire” through a deal brokered by Foggy Nelson (Elden Henson).

A season highlight absolutely has to be episode 10, titled “The Main Ingredient.” It provides what even the most casual Marvel fans have wanted to see more of since the first season of Cage and the artful – if not heavily overcolorised – season of “Defenders.” It’s Luke’s proper team effort with Danny Rand (Finn Jones), the Immortal Iron Fist.

During a fight in an abandoned warehouse- turned-hothouse for the mysterious Jamaican super plant known as nightshade, Luke calls out for a game of “pattycake” to Danny, telling him to power up the Iron Fist and hit his unbreakable hands. The ensuing shockwave clears the room and is wonderfully reminiscent of Thor’s hammer crashing against Captain America’s shield in the first “Avengers” film. 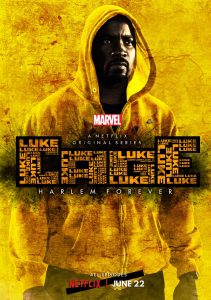 I won’t blow a superhero soap opera-sized hole in the season’s conclusion on you, but I will say this: the end of season two leaves Luke in a conflicted position of power from a place that you might not expect that could inevitably corrupt him. Which of the two metaphorical wolves fighting inside of him will survive?

It begs the question – how much must a man sacrifice of himself to become the leader he’s supposed to be?

Courtesy is the password to safety.
Things are turning for the bright side.
Your moods signal a period of change.
More Fortunes >