Coffee is robust and full of flavor as the drink goes, but it also has quite the history surrounded by colorful myths and facts alike. As it is a favorite drink of many, myself included, and a favorite subject of mine to research, here are 16oz of coffee facts for your pleasure. Two 8oz. Cups of facts for you to enjoy with your morning cup of joe.

1. The First Webcam watched a Coffee Pot
That’s right, researchers at the University of Cambridge turned a webcam on their coffee machine so they could save people from walking to an empty pot. The webcam, called XCoffee, was first set up on a local network in 1993 before being added to the internet where it became a destination of the early world wide web until it was shut off in 2001.

2. There are mainly two species of coffee used in commercial coffee; Arabica & Robusta
Arabica originated in the Middle East, while Robusta originated in the Congo. You’ll have to follow along the interesting history of coffee to get the full context, but just note that I said: “originated.” The coffee seeds that now fuel an industry are well traveled, to say the least.

3. Three notable occurrences of a Coffee Ban in History
In the 16th century, the Governor Khayr Bey banned coffee in Mecca, he was executed. In 1675 King Charles II banned coffee, the ban lasted just 11 days. In 1777 Frederick the Great of Prussia banned coffee because it was cutting into the country’s beer consumption, but his ban was unsuccessful. There are other less notable occurrences of attempts to ban coffee, and as you would expect, all of them have been unsuccessful.

4. Matured Coffee Bushes Don’t Mature in One Season
It actually takes three to four years for the plant to come to full maturity. This would account for it’s flourishing near the equator where it can sprout and grow without being impacted by the harsher seasonality of winters north of the equator. 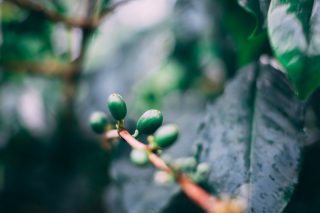 5. Coffee Bushes Aren’t Exactly “Bountiful”
While yields vary from year to year based on various factors, a single coffee plant only produces enough beans in a year to fill a one-pound (half-kilo) bag of ground coffee. This means that in my cupboard alone, I have the average harvest of about 3 coffee bushes.

6. Coffee Bushes Can Live up to 200 Years.
Despite a lengthy maturation process and a less than stellar harvest year over year, this resilient plant will outlive you two times over. Perhaps this is where all of those “coffee makes you live longer” studies originate. After all, if the plant can live that long, perhaps drinking the fruit of its harvest can transfer some of that longevity. It’s hard to prove, but it’s not an officially debunked myth.

7. Beethoven Counted Beans
The great composer insisted that 60 beans of coffee be used per cup of coffee. That’s quite the commitment to one cup of coffee, to be so precise as to require exactly 60 beans per cup. But the man was a musical genius so “Barista! Start counting…”

Time for a refill let’s move on to Cup Two

9. Coffee Can Supercharge Sperm
Studies have shown that when men drink coffee the caffeine goes not just into the blood, but it also makes its way to the sperm. And if you take caffeine and mix it with sperm in a test tube, the sperm swim better. So for those of you looking for an edge in making a baby, perhaps a cup of coffee would increase the odds in your favor. 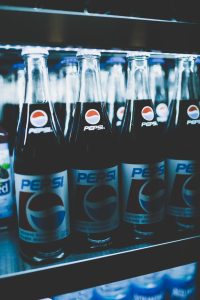 10. Decaf Coffee Fuels the Soda Industry
That’s right, the coffee industry sells off its excess caffeine for use in all those other “caffeinated beverages” that you know aren’t naturally caffeinated. This includes not only soda, though that’s a larger portion of this, energy drinks, those caffeinated snacks and even caffeinated soap, yes it’s a thing (no I haven’t tried it).

13. Brazil Once Created an Aromatic Coffee Stamp
In December 2001, Brazil (the largest coffee-producing country) created a postage stamp that smelled like coffee, as a promotion. The smell was supposed to last for up to 5 years, so I’m sorry to report that any remaining stamps will have lost that lovely aroma by now.

14. Coffee & Stress Can Produce Higher Levels of Hallucination
While I do drink more than my fair share of coffee, and stressful days usually include more coffee, I’ve never started hallucinating. But I wouldn’t be against such a potentially welcome distraction!

15. Improbable but Death by Coffee is Real
AsapSCIENCE has determined that 70 cups of coffee is enough to roughly kill a 150-pound person. Luckily, the coffee and stress would probably have you hallucinating on your way to the after-life.

16. Coffee Beans are Fruit Pits
While I have referred to them as beans during this whole list, and it’s what the industry and the world at large calls them, technically, they are fruit pits.

Ah, yes… Good to the last drop. If you’re looking for more, feel free to pour another cup for yourself and enjoy 95 Quotes About Coffee. For now, I wish you the best, may your cup never empty and your pot always be fresh.

Good clothes open many doors. Go Shopping.
Whoever wants to reach a distant goal must take small steps.
Today it’s okay to make a few choices by going with your instincts.
More Fortunes >