Nineteen 2019 Movies that Agent Palmer is Looking Forward to and some others, too… 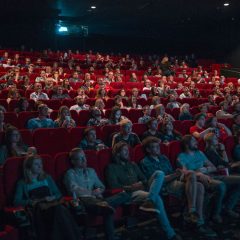 As movies go, every year seems to be about the same. There are great movies, those that fall short, those that surpass expectations, those that are bombs, and those that go under the radar. It’s not easy to figure out which is going to be which.

Sure, we know the ones that will do big at the box office, but that doesn’t mean they’ll be good or live up to their elevated expectations.

That being said, here is my list of the 19 movies I am personally most looking forward to seeing in the theater during 2019.

Alita: Battle Angel (February 14)
This one actually makes the list for the second year in a row, but despite whatever setbacks cause it to be pushed back, I’m looking forward to this James Cameron production, directed by Robert Rodriguez and starring Rosa Salazar, Jennifer Connelly, Christoph Waltz, Ed Skrein, and Michelle Rodriguez.

Captain Marvel (March 8)
While the First Lady of Marvel is, for me, Black Widow, I’m excited to see a MCU film with a female lead, and since Captain Marvel appears to be the key to Avengers: Endgame (more on that later), it’ll be the official kickoff of the year’s superhero films. I’ll be excited to see this.

Shazam! (April 5)
DC’s Shazam, also known as Captain Marvel, yet not to be confused with Marvel’s Captain Marvel, is coming to the big screen. This is about Billy Batson, a teen who receives the power to transform into an adult hero with a Superman-like skillset. I will be most interested in if and how this may or may not fit into the DC Extended Universe, and no I don’t want to know now, I just want to speculate until I see the film.

Hellboy (April 12)
No one asked for a Hellboy reboot. What was asked for was for Ron Pearlman to once again put on the makeup, but I’m willing to give David Harbour a shot to see what he can do with the character. Harbour is best known as Stranger Things Police Chief in the sleepy little town of Hawkins, so we know he can act, but how he’ll do as Anung Un Rama, we’ll just have to wait and see. 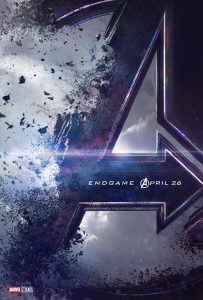 Avengers: Endgame (May 3)
This is the end of a journey that started 11 years and 1 day prior to the release of this film with Iron Man, which debuted May 2, 2008? For myself and for many that have been along for the ride since day one, it’s time to see what happens…

Pokémon Detective Pikachu (May 10)
When it was first announced, I didn’t really care. Pokemon was that card game the younger kids played while I was still playing Magic: The Gathering. It was a cartoon and video game empire I was just slightly on the wrong side of. Then I picked up Pokemon GO to see what the fuss was about, but I wasn’t addicted, nor was I really interested in this film, at all… And then… Then they said Ryan Reynolds was voicing Pikachu and now I’m completely in… #PikaPika

John Wick: Chapter 3 (May 17)
I watched the first two films in this franchise from the comfort of my own couch. The first one because I was skeptical of all the hype, and the second one because, well… How could it live up to the first one? But I’m in. Fool me once, fool me twice… But not a third time.

Godzilla: King of Monsters (May 31)
While I’m not entirely sold on the plot of the characters in the film Mothra, Rodan, King Ghidorah, and of course Godzilla all in one picture, this is the definition of a theatre-going experience. I don’t care how crazy your home theater setup is, this film shouldn’t be seen, it should be experienced!

Shaft (June 14)
Don’t call it a reboot, don’t call it a comeback, this is a continuation with not one or two but three Shafts! Richard Roundtree, Samuel L. Jackson, and Jessie Usher all take part in this film, “can ya dig it?”

Ford v. Ferrari (June 28)
I enjoy racing. Not fanatically, just casually, but this “true story” film based on the Ford v. Ferrari battle at the 1966 24 Hours of Le Mans has something more than just racing. It has the beauty of the car design from the 1960s. While I’m not sure I would want to drive any of those cars, many of them are pieces of art in their own right. I’m completely in for this.

Spider-Man: Far From Home (July 5)
The arguments about who the best Spidey is continue, but there is no argument that Tom Holland is fun to watch. Add in Jake Gyllenhaal as Mysterio and whatever the fallout from Avengers: Endgame is and this will be a must watch continuation of the MCU. 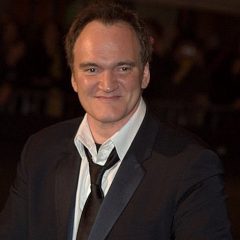 Once Upon A Time In Hollywood (July 26)
Tarantino, DiCaprio, Pitt, Robbie, Pacino, Fanning, Marsden, do you really need any more information? I don’t. But if you do, it’s about an actor and stunt-double trying to make it in 1969 Hollywood just as the Manson Murders are happening.

Joker (October 4)
Personally, I don’t need another Joker movie, but I want to know what Warner Bros is thinking with so many “Jokers” in play, so I’ll have to take a look at this one just to figure out which is which. Besides, it’ll be hard to play who played it better between this film’s star Joaquin Phoenix and Jared Leto’s Joker from Suicide Squad, plus you can compare them to Gotham’s 2018 Jerome and Jeremiah. There might be too many Jokers!

Gemini Man (October 4)
Stop me if you’ve heard this one before, an assassin faces off against a younger version/clone of himself. You’ve seen it before, but this time it’s Will Smith, Mary Elizabeth Winstead and Clive Owen with Ang Lee directing, so it may be something you’ve seen plotwise before, but it will definitely be well shot.

Zombieland 2 (October ??)
Ten years later, a direct sequel to the original with the original writers, director and main four cast with Harrelson, Stone, Eisenberg, and Breslin. If this actually happens, this should be great, but I’m not convinced this won’t get pushed back. I just hope that isn’t the case. I mean, don’t we all want to see Tallahassee’s quest for his favorite “Golden Sponge Cake with Creamy Filling” delicacy?

Kingsman 3 (November 8)
No Eggsy, isn’t a big deal for me. The over the top spy franchise has been enjoyable to watch, and, as has been described by others, is a comic book come to life, so I’m on board. Since Matthew Vaughn is returning to direct, I expect the “comic book” feel won’t dissipate in the third installment, nor will the over-the-top acrobatics. 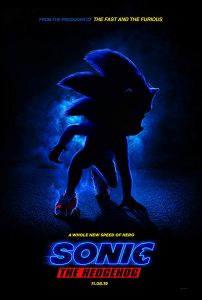 Sonic the Hedgehog (November 15)
I actually enjoyed the cartoon series in the ’90s more than I enjoyed the game, but that has a lot more to do with not actually owning a SEGA console at that time. Still, I’m interested to see what happens, and which of the “live-action cartoons” will do better at the box office overall, Pikachu or Sonic? Yellow or Blue, they both mean Green at the box office. (Yes, I went there…)

Masters of the Universe (December 18)
While I fully expect that this project will get pushed to 2020, if it does make an appearance on the big screen, I hope it doesn’t get bested by the cult classic status of the Dolph Lundgren (He-Man) vs. Frank Langella (Skeletor) casting from the original 1987 live-action film.

Star Wars: Episode IX (December 20)
I’ve not been 100% on board with all of the side trips through the galaxy far, far away, but I’ve thoroughly enjoyed the main trilogy, and while I’m sad to see it come to an end, I’ll definitely be there a few times to see it end in the theater.

There are other movies to mention.

The many sequels or continuations that I don’t have much interest in… Glass continues the M. Night Shyamalan films, The LEGO Movie 2: The Second Part, How to Train Your Dragon: The Hidden World though they should have figured out how to train them by now, The Secret Life of Pets 2, Dark Phoenix and The New Mutants are yet more films for the X-Men franchise that I’ve lost complete faith in, a Men In Black Spinoff that reunites Tessa Thompson and Chris Hemsworth, Toy Story 4 because a trilogy isn’t enough, 47 Meters Down: The Next Chapter which should be called 94 Meters Down, Annabelle is getting a sequel, the Fast and Furious franchise is going to continue on with The Rock and Jason Statham starring as Hobbs And Shaw, It: Chapter Two completes itself, The Angry Birds Movie 2 even angrier I guess, yet another Terminator, Death on the Nile the next Hercule Poirot film, Frozen 2 it’s still cold, and Jumanji 2 because the remake did well let’s have a sequel.

Or perhaps the many remakes or reboots returning to the big screen… What Men Want a gender-swapped version of What Women Want, The Upside a remake of The Intouchables, Dumbo because you wanted a live-action version even if you never asked for it, Pet Sematary is also being remade, Aladdin a Guy Ritchie production because one live-action classic Disney film in a year wouldn’t be enough, and even that’s not enough because The Lion King is coming to live-action too, Grudge a remake of a remake, a new Addams Family, Charlie’s Angels returns, and for good measure let’s take another musical and move it to the big screen with Wicked.

Bottom line, there is something for everyone coming to the silver screen this year. And for that matter, there’s plenty to keep you coming back at least every few months!

What are you most looking forward to?

Courtesy is the password to safety.
Fame and fortune are coming your way.
Good clothes open many doors. Go Shopping.
More Fortunes >