Why the ThunderCats 2011 Reboot is Totally is Worth Your Time 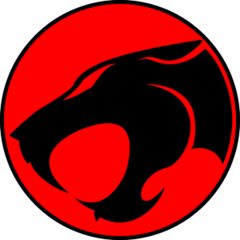 If seeing the ads for the upcoming ThunderCats Roar has you feeling down… The 2011 reboot that you probably paid no attention to, might be for you. Ok, maybe it’s unfair to dismiss Roar without seeing an episode but many fans of the original are down on the new direction and style for the franchise. Some of them wondering “Where’s the badass version? I’m just not into this cute stuff.”

Well, sit back and let me tell ya about a version that’s more like “Game Of Thrones.”

Firstly, the 2011 ThunderCats reboot is really good. Really, really good. So what if I’m eight years late, we can’t all watch everything in the moment and I just wasn’t thinking about ThunderCats in 2011 but when I recently saw it available on VRV, I thought I would give it a shot.

Before I get too deep, let me say that this review comes from someone who thoroughly enjoyed the original, both when I was a child and when I was able to catch the hour block on Cartoon Network in my college days. Now, I may not consider myself a superfan, but I can certainly appreciate the old connections, as much as the new contextualization. Honestly, the only thing I can find to be upset about in regards to this reboot is that it was limited to just one 26 episode season when it clearly had the potential for so much more.

Why does it work?

Let’s start with the familiar. You know the characters. Seriously, they’re ALL here. Yes, yes, the main characters abound, but also Lynx-O, Pumyra, the Robear Berbils, the Ancient Spirits of Evil, Slythe, Jackalman, Monkian, Vultureman, Ratar-O, Grune the Destroyer, and more that were lesser series regulars.

Well, almost all. Bengali is the only exception not appearing in this version, which is probably more about it only being one season than oversight.

You’ll also hear a very familiar voice in Larry Kenny, the original voice of Lion-O who returns to the franchise as Claudus, Lord of the ThunderCats and father to Lion-O. 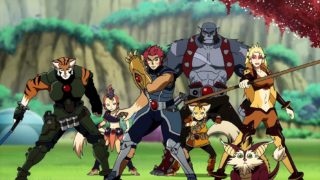 Putting familiar characters aside a moment, let’s talk about the changes and tweaks. Many of which work rather well.

The show still takes place on Third Earth, but Thundera is now a Kingdom that falls, not a separate planet, which works out very well with the fuller backstory and new canon created here. It still follows the journey of Lion-O as it did, but this time instead of Lion-O being young and aging in a pod aboard a spaceship, he actually looks his age. Yes, he was one of the youngest ThunderCats in the original.

Producer Michael Jelenic, who developed the reboot, said that the show “is definitely darker but we’ve put a lot more focus on the characters and the arc, and because of that, we might have a few more sophisticated themes going on in this.”

As a fan who continues to return to the original cartoon which holds up better than some others, I see this show is more cross-generation, meaning kids of any age can watch and enjoy the show.

Overall, the whole show has a more cinematic feel, a more anime-like animation style, a more cinematic score, all of which creates a sense scale and scope. You feel as though you are watching something on the small screen that is much bigger than it appears.

In the end, you don’t need to be a fan of the original to enjoy this, but you’ll understand the nods to the classic and there are plenty of them. Ultimately, it is just great fun all around and is a faithful reboot of the show that I enjoyed back then as much as I enjoyed this now.

Today it’s okay to make a few choices by going with your instincts.
Your moods signal a period of change.
Even a broken clock is right two times a day.
More Fortunes >