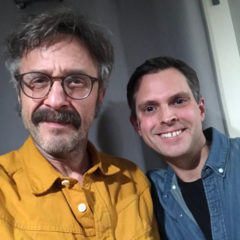 It took Marc Maron and his producer Brendan McDonald 3,478 days to amass 1,000 episodes of one of the most revered interview podcasts. That’s more than the twice a week release schedule that is now the norm for WTF with Marc Maron. Broken down that’s nine years, six months, and ten days, and more importantly, that’s 1,000 episodes of one of the mediums original pillars.

It’s easy to get caught up in the math.

From that first episode with Roastmaster General Jeff Ross on September 1st, 2009 to episode 1,000 on March 11th, 2019, with quite the ride in between spanning individuals from all walks of life and levels of celebrity. From Presidents to Comedians, Musicians to Actors, Friends and Family, Marc has interviewed a who’s who of the legends and influencers of himself, his peers, and his listeners.

That is why we tune in twice a week. And of course, I say we. I don’t remember when I started listening, but it wasn’t at the beginning, nor was it recently. It was probably around 2011 or 2012, but since then I’ve gone back, diving through the archives, so I’ve heard it all. I’m also a broader fan of both Marc and his producer Brendan, having read their books and followed both to their other guest appearances.

Why is this important? It’s just some podcast that made it to 1,000, they’ll all get there eventually, right? Well, as someone who has worked with many independent podcasts and podcasters, it is a huge deal. 1,000 episodes is more than just a milestone, it’s a statement of perseverance and a testament of will. Podcast burnout is a real thing for any podcaster, big or small, so doing it as a primary job for almost a decade is more than an accomplishment, it is a statement, and in Maron’s case, a profound one that has touched many lives. 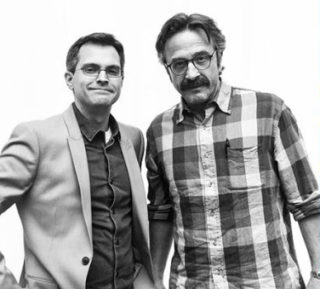 And no one more so than Maron himself. As Maron says in episode 1000, “When I started it it was bleak, a thousand episodes later, I have to say the effect it’s had on my life, my heart, my mind, my spirit, everything, everything is different, because of a desperate act, in a way to try to keep something going. Started out in the old garage with no expectations, not much money, very bleak disposition, and slowly but surely on a personal level it opened me up to my peers, it opened up my heart to the ability to possess some sort of empathy to engage my empathy, to laugh with other people, to get out of myself, to just move through life in a way that wasn’t horrible.”

But what is the 1,000 episode? Marc summarizes the whole thing with, “This is our achievement, this is our passion, it’s our job, our creation. So today’s 1,000th episode features the creators of this show, myself and Brendan McDonald… We’re going to sit here and we’re going to reflect on the entire process, the experience, the changes, the challenges, the highlights, the difficulties, and the achievements of almost a decade of work.”

He goes on to say “We actually talked to each other about our separate experiences with the show and how we deal with each other, every week, and the long history of our working relationship that has evolved into a very profound and deep friendship.”

During the show, Marc and Brendan take answer some frequently asked questions and react to listener feedback. From the Air America days where Marc and Brendan first met to the early days of the podcast, the podcast patent scares, a Presidential visit and Marc’s personal growth along the way, it was quite the ride.

How did it all come to pass? Marc says it was “skill, patience, insanity, a little bit of cosmic timing.” Why does it work? Marc can answer this one too, because “the conversations hold” and that’s because the content matters, not just to the two people having the conversation but to the listeners as well. And above all, what should a podcast be? Producer McDonald says “It should be the essence of the person,” and he couldn’t be more correct.

Laughs and tears, this episode is raw emotion… Maron’s WTF isn’t a one man show, it’s a two man show, always has been and always will be. Trust, friendship, and living up to each other is the reason the show works. As Brendan said, “The intensity levels are different but, I think the focus is the same.”

This is superbly brilliant and is absolutely the reverent celebration that the show deserves… Well done, Gentlemen, and Thank you for everything!

Today it’s okay to make a few choices by going with your instincts.
The path of life shall lead upwards for you.
Fame and fortune are coming your way.
More Fortunes >