For Your Favorite Indie Podcast: Remain Indie or Go Mainstream 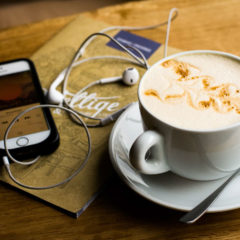 You want it to Remain indie or Go mainstream?”

That the results were so close, with 51% saying they would want their favorite podcast to “Go mainstream” is extremely surprising…

Podcasts, especially of the independent variety, grow not in spite of but because of the community that grows around them. So, it’s not quite the same as the band argument (they get a contract and sell out), because in the case of podcasts, hosts, co-hosts, even producers, will know and have a relationship with up to hundreds of listeners in the surrounding community, many of whom can contribute to the show in some way.

What this means is that when I asked the question, which was truncated because of Twitter, I was really asking, if your friends’ podcast got bigger and went mainstream, with all that that entails, would you be ok with it, knowing that the small community that had been built around them was about to be overrun with many more people, meaning that the small community relationships may dwindle. 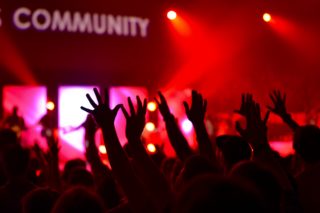 And the corresponding results mean that those who were answering understood this, at least on some level.

Again, podcasts are small communities that develop around the shows and you want them to remain your friends within that close-knit community if they are active, and they usually are. The podcast and the listeners become a close circle and if the circle gets bigger the fear is, and rightly so, that the closeness will end.

But here’s the thing, we all love to say “I knew them before they were famous,” but we can’t actually do that if they don’t become “famous.” No fame is and isn’t subjective, depending on the type of fame we’re talking about but suffice it to say if a podcast goes mainstream it’s the equivalent of a band being signed by a major label, or an independent film getting picked up by a distributor for a larger more widespread release.

Again, we want them to succeed. We just hope they stay close with us, because we’re selfish, and since that isn’t something that can be guaranteed, well, the results ended up with 49% saying they wanted their favorite show to remain indie.

So it’s close enough to an even split, but is there a right or wrong here? I don’t think it’s that black and white. First, it would depend on the show. For interview type shows, going mainstream can mean easier access to more famous guests. For a show of friends chatting about popular culture it may mean more content for the listeners, for a couples show, it would mean more opportunities for swag or notoriety or even spin-off shows. 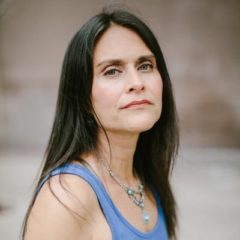 Because what it means to each podcast is unique, perhaps the question was just an exercise in futility? Perhaps it divides the fans into two tropes: fans who want to see you succeed and fans who want to be your friends. Based on the individual conversations I’ve had with people surrounding this topic, that seems to be the unstated conclusion that I’ve arrived at.

I personally think that Elsie Escobar’s quote “Podcasting’s most potent power is that it was born out of a defiant “NO!” to existing mainstream media models. Freedom, openness and community are podcasting’s core values – that includes creators but most importantly … THE LISTENERS” actually helps my conclusion, but I leave you to be the judge. Also, that quote was taken from a thread in response to an article about corporate money and podcasting.

Regardless, if you voted thank you, but even if you didn’t, what do you make of the results?

To let another into your heart, first let yourself in.
The path of life shall lead upwards for you.
Even the greatest of whales is helpless in the middle of a desert.
More Fortunes >