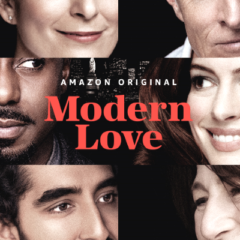 Amazon Prime describes this original as “An unlikely friendship. A lost love resurfaced. A marriage at its turning point. A date that might not have been a date. An unconventional new family. These are unique stories about the joys and tribulations of love, each inspired by a real-life personal essay from the beloved New York Times column ‘Modern Love.’”

I’ve never read the column, and I’m not Romantic Comedy averse, but Modern Love is a much more elevated form of series, where the individual pieces work, but the overall message is clear, concise, and shouted at every angle.

Love is everywhere, at any time, any age, and any circumstance.

The eight episodes and their titles kind of tell you what you’re about to see “When the Doorman Is Your Main Man,” “When Cupid Is a Prying Journalist,” “Take Me as I am, Whoever I Am,” “Rallying to Keep the Game Alive,” “At the Hospital, an Interlude of Clarity,” “So He Looked Like Dad. It Was Just Dinner, Right?” “Hers Was a World of One,” and “The Race Grows Sweeter Near Its Final Lap.” We’ll get into those specifically in a bit.

And while they may seem predictable, the writing is so good that you still get lost in these 30ish minute episodes that all feel much longer, not because they drag on, but because so much character development happens within these short time frames that it’s odd to learn all about these characters in such a short time. 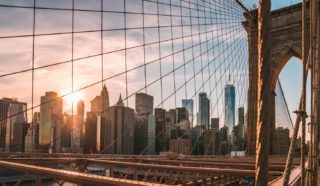 Although the New York through line means that anyone who’s not from a major metropolitan area may call BS on some of the pieces overall, it’s still not enough to take away from the wonderful writing and the phenomenal acting.

Each episode is self-contained with New York being the through-line as the central location. And while all of the episodes are good, I found that episodes two through five were my favorite. Perhaps it’s because there are some actors I enjoy from other places in those episodes?

Episode two “When Cupid Is a Prying Journalist” is Catherine Keener and Dev Patel
Episode three “Take Me as I Am, Whoever I Am” with Anne Hathaway in a singing role
Episode four “Rallying to Keep the Game Alive” is Tina Fey and John Slattery
Episode five “At the Hospital, an Interlude of Clarity” with Sofia Boutella and John Gallagher Jr

It’s also possible, now that I’ve singled those four episodes that I found those episodes more relatable, so it’s entirely possible that it wasn’t just that I enjoy those actors, because in fairness all of the actors are stunningly talented, it might be that you, like I, will take a liking to those episodes that you can more closely relate to. 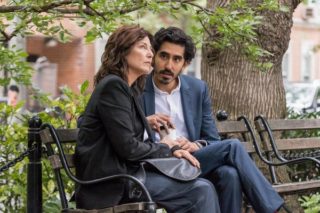 I do highly suggest this series, especially because it comes in at eight 30ish minute episodes. I also recommend that you watch the whole series because it feels like, and I can’t quite put my finger on it, that these stories were chosen to be viewed in this order. There isn’t really a this happens on Monday this happens on Tuesday, linear vibe, but the lessons and takeaways and “the feels” as the kids call them these days all seem to build on each other the way these stories are laid out.

This is a show that should not be watched but savored. It’s not about fairy tale romances with artificially sweetened happy endings… It’s more about the journeys that lead to those endings, regardless of how they turn out. And that’s precisely what makes this different than all the other saccharin Hallmark and Lifetime romances you’ll see this and other holiday seasons.

So do yourself a favor and immerse yourself in Modern Love.

The path of life shall lead upwards for you.
Good clothes open many doors. Go Shopping.
Even the greatest of whales is helpless in the middle of a desert.
More Fortunes >