I was very lucky to have parents with good taste in music, so when I tell you that I have revisited an album from my childhood that I still love to this day, it could be any number of genres, bands, or artists, but in this instance, it is Harry Chapin Greatest Stories Live.

While preparing for this post, aside from learning more about this album, I went out of my way to listen to a little more of Harry, since this is greatest hits live concert and I wanted to know more of this prolific singer/songwriter’s career. 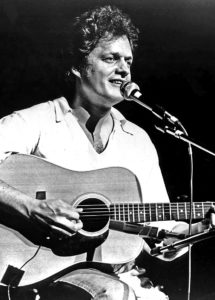 That was both a good and a horrible idea! I did find that I enjoy his other works outside of the tracks on Greatest Stories Live, but the problem is that most, there are exceptions, but most of the songs that I recognize from the live album, I prefer as live!

I don’t know how long it’s been since I pulled this album out until recently, maybe years, but I still remember all of the words to these songs and all of the nuances of the live performance. Those live performances were in 1975; November 7th in San Diego, CA, November 8th in Santa Monica, CA, and November 9th in Berkeley, CA.

The fact that the album sounds like one singular performance is impressive. It was then turned around and released on April 23, 1976. There were three studio tracks that were released with the double vinyl release, two of which were excluded from the CD, for time I’m guessing, though I can’t be too sure why.

However, that’s not the point. The point is that I love this album and I will now explain, track by track why that is.

Track 1: Dreams Go By
The start and stop intro of the song, the self-deprecation from Harry during that little false start, the live aspect of this album is not in doubt from the very start. It’s a sweet timeline song, in the vein of, Harry’s largest hit, “Cats in the Cradle,” but this one is focused on the dreams of two people in a marriage.

“You’re supposed to dream when you are young.”

Track 2: W*O*L*D*
While this track may be the most dated, I enjoy the nostalgia of it. How many people know their local radio call signs, much less actual Disc Jockey’s names, and not just morning trash comedy bits, but DJs that actually throw down tracks for you instead of just plugging in digital shows. 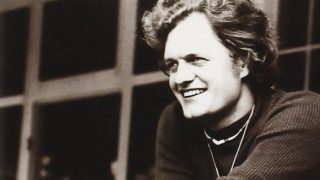 Also, the “troubadour” nature of the DJ in this song is, from what I understand of the industry’s history, pretty standard as DJs used to travel around from gig to gig quite a bit.… Plus the “young sound” line makes me laugh, because I’m the old man who doesn’t get it… Also, it’s not hard to imagine that most DJs would dream of opening up that record store, and the ability of Chapin to change one of the call signs to a local version (I’m guessing here), seems like an ingenious songwriting trope that is probably underused.

“I am the morning DJ at WOLD”

Track 3: Saturday Morning
The first of two songs sung by Harry’s brothers during the album, Tom sings this one, which is fair since he also wrote it. This song isn’t upbeat in tempo, or necessarily in theme, but it fits right where it is in the context of this album and the concert as a whole, so I appreciate this on a few levels. One, that Harry gets a song off every now and again; two, it’s a little more poetry than prose compared to a lot of the other songs on the album, and three, it’s deep without being depressing.

“A song needs a reason and rhyme.”

Track 4: I Wanna Learn a Love Song
The line “I never did it to Nancy, so I’ll do it for her” will forever make me appreciate the wit of Harry Chapin as much as, if not more than, any of his songs. But I do enjoy the song, too. It’s a story song in that troubadour tradition that I very much associate with Chapin.

And while I don’t condone cheating, it’s the kind of song I would imagine as the basis for a romance novel… 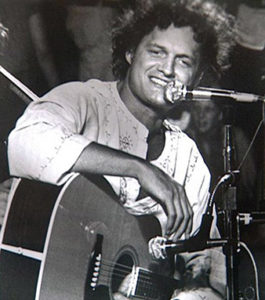 I love the story of Mr. Tanner, which is made more impactful by the beautiful voice of John Wallace who sings in and behind the song as Mr. Tanner, the titular character. And while the story doesn’t have a fairytale happy ending, I like to think that Mr. Tanner is happy with himself for giving it a try, after all, “music was his life, it was not his livelihood.” Sometimes personal endeavors are the best “It just made him whole!”

“Full time consideration of another endeavor might be in order.”

Track 6: A Better Place to Be
I do have some family from Watertown, NY, but that’s just a random factoid. Another fact about me is that I really do love diners. Now, I can’t be too sure how much this song has to do with that fact, but I can tell you that I will easily talk to friendly wait staff at diners, and most of my friends can attest to this. And this song predates my love of diners.

Anyway, the song itself is very “teen” romance thematically, despite the characters being much closer to mid-life, where the main character finds out that the person he wants to be with was right there in front of him all along. And while this isn’t exactly that, it’s not a stretch to get there.

Track 7: Let Time Go Lightly
The second of two songs sung by Harry’s brothers during the album, Steve sings this one, and he also wrote this one as well. Seems, Harry let his brothers sing the songs they wrote. This is just a wonderful song, because it is beautiful and then has a breakdown to increase the tempo a little bit, so as to make it more complex than just a simple slow beat throughout. The tempo change is perfect song-crafting if you ask me. This is more like an old school song.

“So I learned to love the music of all the tunes in my mind
The changing of chords, the rhythm of time.” 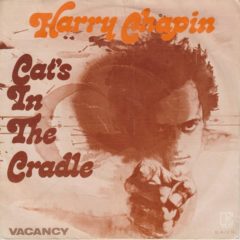 Track 8: Cat’s in the Cradle
This is without a doubt, Harry Chapin’s biggest (and his only #1) hit. And of course, personally, the song hits home, because in a lot of ways I have very much grown into being myself and at the same time “You know I’m gonna be like him” is relevant, because I am very much my father’s son, perhaps much too much to the lament of my mother who would (and probably should) deserve much more credit than she gets.

Track 9: Taxi
In today’s “always” connected world, it is becoming less and less likely that Taxi would play out, because you’re probably already “connected” digitally with most of the people whom you remember from your youth. It could happen on uber or lyft, but not as much a surprise since you know who each party is. Perhaps, this song to a certain generation is just like looking at a rotary phone, but at its heart the song is about dreams (more like dreams lost than dreams.) and well, that’s what Chapin often writes about. Listen to Tracks 1 thru 6 for reference.

Track 10: Circle
While I have written, in this very post, about my preponderance for appreciating the live version of these songs as compared to the studio version, but with Circle, it’s the idea that he pulls up various members of the crew and band to sing the song and he encourages the audience to join in as well. For me, this song is almost the perfect example of what Greatest Stories Live is, excepting that it’s only second, behind the next track. It’s also what live music is all about, those random (or not so random) elements that surprise and enchant the audience. Audience participation has an important place in live music if done well and Chapin does it very well.

“All my life’s a circle;
Sunrise and sundown” 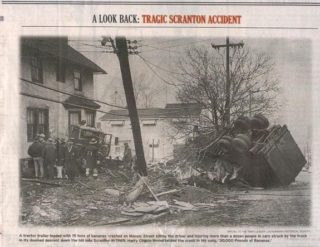 This is the most entertaining song and performance on the album. That’s it. There’s no debate. That’s just how it is. First off, it’s based on a true story. Second, the interaction of Harry and his brothers during the “finding of an ending” part of the track is wonderful. Thirdly, and lastly, it’s just a great song.

“Boy, it sure must’ve been something.”

Track 12: She Is Always Seventeen
I like the concept of this song, the cultural touchstones that are mentioned in the lyrics capture the spirit and the passion of the protests within them from 1961 thru 1975.

“She’s our past, our present, and our promise of tomorrow.
Oh, truly she’s the only hope I’ve seen, and she is always seventeen.”

Track 13: Love Is Just Another Word
This is superbly the silver bullet of protest songs from yesteryear that is super relevant in a world of all of the #LivesMatter protests. This song just tells it like it is.

Track 14: The Shortest Story
Not the lightest of things to end on, nor necessarily the most positive, but Harry was one who fought for the less fortunate and the underprivileged. He was part of the folk movement, but he also wanted to protest and bring things to light. If the last track on this brilliant double album (on vinyl anyway) makes you think about things and put them into perspective, then Harry Chapin did his job. 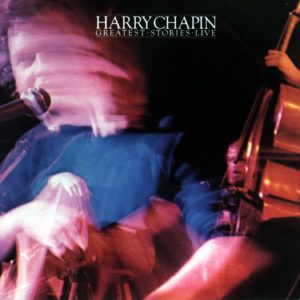 Conclusion
While I only remember in every detail the first eleven tracks, this collection is one of the greatest greatest hits albums ever conceived. Yeah, I typed that. And what makes it such is not just the collection of songs, but the performance of the live tracks. While this is the only version of Harry Chapin I know of for live performances, he “sure must’ve been something” to see, for he’s definitely something special to listen to.

“It sucks!”
(It doesn’t, but if you haven’t listened to the album yet, or one track in particular, then this is a joke you just don’t get.)

A difference, to be a difference, must make a difference.
Whoever wants to reach a distant goal must take small steps.
Good clothes open many doors. Go Shopping.
More Fortunes >