That said, this list is much more eclectic than the DC one, which surprised me, because I was pretty sure the DC one would be larger, and yet, I didn’t even include every mention, so after having done the cursory research… Musicians appear to favor Marvel.

Enough of this… I’m not a villain, telling you what is about to happen, let’s just get right to it.

Spider-Man by The Ramones
Spiderman, Spiderman, does whatever a spider can
Spins a web any size, catches thieves just like flies
Look out, here comes the Spiderman

Not all Saturday Morning themes, catchy as they may be, can be so relevantly close to the bands that eventually cover them like when the Ramones covered this title. But it is not only classic, it is one of the better versions of this theme song (and you might think the Ramones wrote it themselves). 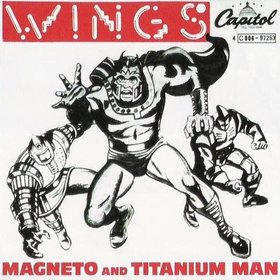 This might be the best song on the list musically, but it is Paul McCartney and Wings and they’re singing about villains robbing a bank! It’s not necessarily what you would expect but, here it is, and it is just so good.

This song is so much better than it has any right to be. Honestly, it’s just a good earworm of garage rock from 1969. And it’s Hulk’s origin story. In my book, that’s a win-win. 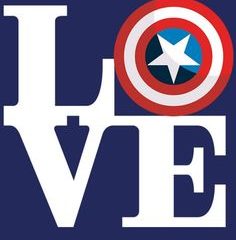 While the 1960s was another time, it’s possible that some of the rhetoric is still valid, and while the Spiro Agnew reference is very very dated, most of us still love Captain America…

Look, I’m a fan of Tony Stark and Iron Man. But Ghostface Killah, from Wu-Tang? His debut solo album was named Iron Man, and this track was for the 2008 film. There’s some drama surrounding the track, but that’s for another day, for today, enjoy how accurate the lyrics are and imagine that Tony would probably incorporate this into one of his presentations at some point…

Ego, the Living Planet by Monster Magnet
I talk to planets, baby

There are not a lot of lyrics in this song… In fact, it’s only a line somewhere in the ether of this heavy instrumental track, but as comic fans know, and as everyone else was introduced to Ego in Guardians of the Galaxy Vol. 2, this song fits Ego very well. 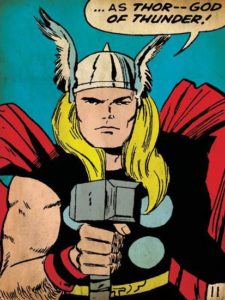 Thor (The Powerhead) by Manowar
Thor the mighty, Thor the brave
Crush the infidels in your way
By your hammer let none be saved
Live to die on that final day
Gods, monsters and men
We’ll die together in the end

This one is a tough call for inclusion because the comics and the Norse mythology are so intertwined it could go either way, but it makes the list because it sounds good, it’s power metal and it’s probably what Thor would like to listen to.

Paradise City by Guns ‘n Roses
Captain America‘s been torn apart, now
He’s a court jester with a broken heart
He said, “Turn me around and take me back to the start”
I must be losing my mind, are you blind? I’ve seen it all a million times

From one of the best debut albums of all time, Paradise City’s reference to Captain America isn’t just a toss in… Axl and the gang were fans of comics as kids so it’s likely that during the recording a few issues of something or other may have been lying around. Still, in 1987 when this song was released, Captain America hadn’t been torn apart… But it happened eventually, sort of… Kinda… If you know, you know. Plus they did a great Stan Lee tribute.

In The Garage by Weezer
I’ve got a Dungeon Master’s Guide, I’ve got a 12-sided die
I’ve got Kitty Pryde, and Nightcrawler too
Waiting there for me, yes I do, I do

Weezer is geek rock, and any comic reference, Marvel or DC, would have done nicely paired with the DM Guide, but Kitty Pryde and Nightcrawler? While they’ve each had their own books, they are part of X-Men and therefore this goes here, in the Marvel playlist. 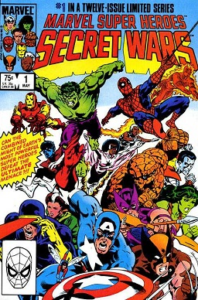 Secret Wars Pt. 1 by The Last Emperor
What if I had the
Power to gather all of my favorite emcees
With the illest comic book characters
And they became archenemies?
Inconceivable? Unbelievable? Yet as wild as it seems
The Emperor and Stan Lee would coach the two opposing teams
Keep it clean, no bats, no gats, guns, or interference
Comic book characters would go head up with raw lyrics

Despite the Adam West voice over “the big story is” most of the references in this epic track are all Marvel. Plus, Secret Wars is a Marvel reference on its own, and perhaps when it comes to the MCU, more than just readers will know what it’s all about?

Raise the Roof by Public Enemy
From the slammer swing a hammer like the mighty Thor
God of thunder, you’ll go under, then you’ll all applaud
And fathom that distance, the mad must reap
Meet Namor sea lord, Prince of the deep

Public Enemy loves Marvel. The references are fast, furious, and numerous. But Raise the Roof has Thor and Namor in the same stanza, they’ve met, but I wonder if they’d get along well?

Bet you didn’t think Pink Floyd would make the list… Well, they did, but it could have gone either way, right? Clearly Alice in Wonderland would have been a valid reference, but they chose Doctor Strange, even leaving Ant Man out… 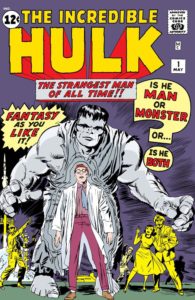 Not all references to Marvel heroes need to have a driving beat. And sometimes we all wish we were a hero. That’s what this is all about, basically.

Another track that the hero himself would appreciate, Suicide captures Ghost Rider sonically. You can hear the 70’s, but the track still slams decades later.

The Kinks are just a wonderful trip to the ’60s and sometimes our heroes need our help. This one could easily end up on an MCU soundtrack at some point…

Surfing with the Alien by Joe Satriani

The Silver Surfer is on the cover, and that’s who Surfing with the Alien is about. And it absolutely fits. Also, perhaps the best track on the list, personally speaking. 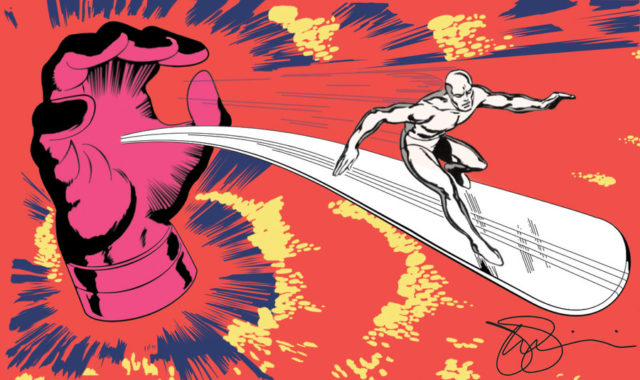 That’s it. That’s my playlist of Marvel-inspired songs and lyrics. Did I miss your favorite? Let me know.

The path of life shall lead upwards for you.
Look forward to great fortune and a new lease on life!
Today it’s okay to make a few choices by going with your instincts.
More Fortunes >