2020 Review: Finding peace in what I love and can control 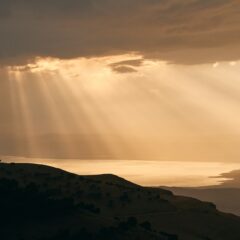 The year 2020 may have seemed longer, but it was just a singular calendar year consisting of the standard non-leap year 365 days and 8,760 hours. But just like sitting in class watching the clock, circumstances have the unique ability to both speed up and slow down our perspective of time.

For some, as the joke goes, 2020 was the longest March in history. For others, this year flew by, and I definitely side with the latter.

It wasn’t the greatest year, necessarily, but it definitely ended better than it started. Looking back in order to compose this post, I found myself looking forward with more optimism than I would have ever guessed possible.

Let’s start with the not-so-good news and by far the most challenging experience of 2020 for me personally. I was unemployed before and during a global pandemic. I looked constantly and found myself truly learning about the nature of business during a pandemic.

The marketing departments for the colleagues I know, and those that I met while networking, were overworked, underappreciated, and, as a result, were unlikely to hire an additional person to help out. I also learned that my I.T. skills were in demand while being open to answering software, hardware, and infrastructure questions during many networking calls, as I.T. departments were similarly overworked and underappreciated, if not left out in the lurch all together.

I’ve been open and helped friends and strangers alike during these networking calls, but it has kept me in better spirits to know I can still contribute. Meanwhile, the job market is starting to turn around, and I hope to rejoin the ranks of those gainfully employed in 2021. 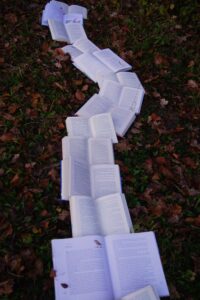 Photo by Laura Kapfer on Unsplash

So, what have I been doing with all of my time?

Books. I’ve been reading a lot. There was a noticeable lack of new media this year. Sure, there are a few exciting things on the small screen, but with the movie industry coming to a halt, I dove into books with a fervor. No matter the circumstances, we could all use an escape, and I found mine in print. In fact, almost half of all of the posts I published this year were book reviews. I read a few things I didn’t expect to, but I need to expand my reading from time to time. Aside from new authors, and new-to-me authors, I’ve read self-help books and other thought-provoking things that I’ve enjoyed, despite not knowing what I was getting into. Sometimes, that’s the best kind of reading fun.

I also dove deep into a Minecraft obsession, which has thankfully passed. For a while there, however, I was just building, building, building, and mining, mining, mining, and it was very therapeutic. It was almost zen-like, repeating tasks and leaving the rest of the world behind. It’s good to do this on occasion with something; it doesn’t have to be Minecraft, but for me for a portion of the year, it was.

The books, the Minecraft, the music, helped me keep my sanity and mental health in good standing in an otherwise year of chaos due to the election, the pandemic, and my unemployment. I still have worries and we all still have problems, but I am dealing with them in a much better way than just a crankpot. I still have the occasional manic mood, but they are not nearly what they would be if I didn’t have pleasant distractions. Everyone has their thing, and perhaps I will discover new ones next year. I don’t know the future, but I’m passionately open to it. 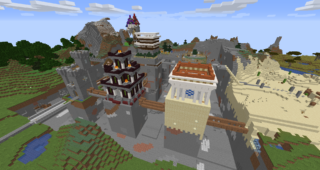 I also spent more time cooking in the kitchen and playing my guitar this year than I have in a long time. I’ve continued my purge of useless, unnecessary, or old items from my house in a quest that will end at some point, and I have a system on that which I’ll be sharing soon.

Of course, there’s also this blog and The Palmer Files podcast, which have been wonderful outlets for a restless soul. This year could have been a lost year. I could have maintained my early frustration with being unemployed during a global pandemic, but I don’t have control over one of those things. I have total dominion over being productive and creative with the blog and podcast. I can control purging my house of old things to make space and be more organized. I can read to enjoy and to learn. I can listen to music that will enhance my mood and work on becoming a better guitar player.

Through 2020, I have chosen to focus on the things I can control. This has not completely kept me from bouts of depression, but it has made them fewer and shortened their duration. I will take all of these lessons with me into 2021, and I will hope that you can do the same.

Look forward to great fortune and a new lease on life!
Even a broken clock is right two times a day.
Today it’s okay to make a few choices by going with your instincts.
More Fortunes >