The Mandolin Rocks: A Playlist 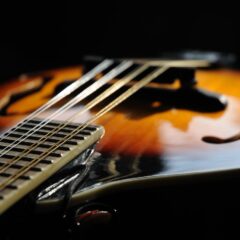 This blog post was written as a response to a podcast, where the mandolin was unfairly and viciously attacked because, well, there was no reason. It was entirely unprovoked and someone needs to stand in and defend the mandolin from Matt’s attacks on Our Liner Notes.

And apparently, I have decided that I am that person. So in defense of the mandolin, here are some tracks that include and even feature the little instrument that could.

First on the list is the song that inspired this post in the first place. Matt said something about R.E.M. being good until they found the mandolin, but Losing My Religion is iconic because of the mandolin, and it helped to establish R.E.M. as a band that wasn’t bound by conventions of what people expected, only what they wanted to create. And in that way, it’s such a great representation of how a mandolin can work within the construct of a rock band alongside, guitar, bass, and drums. 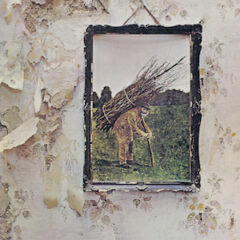 The Battle of Evermore – Led Zeppelin

Led Zeppelin’s Battle of Evermore is commonly thought to be Tolkien inspired, and while that is apparently argued to the ends of the earth on the internet, I have to tell you that the acoustic guitar and mandolin mix to make the ethereal Middle-Earth of Tolkien’s fiction come to life with the voices of Robert Plant and Sandy Denny. That said, if the mandolin can rock for Zeppelin, it rocks for me.

And let me also add “Going to California” as an honorable mention here.

I include Ho Hey, because as the mandolin goes, this song that spent some time at the top of the charts, features a mandolin, and is part of the folk-rock resurgence that brought the sounds of the sixties back to the charts with a modern feel, despite the retro sonics.

Speaking of charts, Steve Earle’s country rock hit Copperhead Road, charted on the Billboard Rock chart, and needed to be included, because not only was it a country-rock song that crossed over to the regular rock charts, but country artists use the mandolin as well, and while it’s not my usual cup tea it merits inclusion nonetheless.

Friend of the Devil – Grateful Dead

David Grisman’s mandolin on Friend of the Devil is another layer to make a fuller sound, as opposed to just adding the mandolin in for a different piece of acoustic accouterment. This establishes that the mandolin can blend well in appropriate settings, instead of just being its own sound. It can add to the larger sonics. 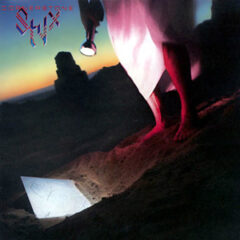 Boat on the River – Styx

Dream of the Archer – Heart

Not all mandolin is ominous, and Dream of the Archer by Heart is an example of the mandolin transporting us back to another period of time, farther from the electric guitars and back to a time of minstrels, that’s on par with Led Zeppelin’s use of the mandolin as well. And to similar effect and success.

Shawn Colvin’s hit Sunny Came Home features the mandolin playing the main riff throughout the song. Besides that main riff, it’s just a few plucks here and there in the background, but it works as one of the classic ’90’s folk-rock hits. And it genuinely is folk and rock, not just folk with a beat. Ok, so perhaps a bit more adult contemporary rock, but still, it does rock, especially for those of us of a certain age.

Also in the ’90s, Joan Osborne hit the scene as well, but this GoldenEye-esque song from the same year as Tina Turner’s Bond theme features a mandolin from the same album that brought her fame with One of Us. In fact, where Goldeneye uses the strings and horns, is where Osborne utilizes the mandolin.

The inclusion of Jethro Tull’s Fat Man is required because you can find a mandolin on tons of their tracks. 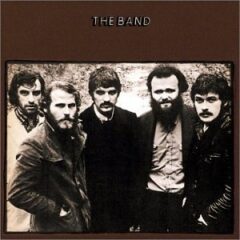 The Band – The Band

And We Danced – The Hooters

Arguably The Hooters biggest hit “And We Danced” may be sonically positioned at the height of 80’s processed rock, but you can hear the mandolin firing through with it’s intro riff, and contributing throughout the song.

The Band utilized the mandolin on many tracks, but on Rag Mama Rag paired with the fiddle, it just works well, and it rocks compared to other folk tracks of the time.

The late great Chris Cornell featured the mandolin on his Nearly Forgot My Broken Heart, from his Higher Truth solo effort. And as a testament to how rock voices are unique, this song’s mandolin seems a little harder because it is paired with his iconic voice.

The ’90s really did see a resurgence in the mandolin on pop-rock hits, and Iris was one of the biggest and its iconic riff and sound comes from the mandolin. 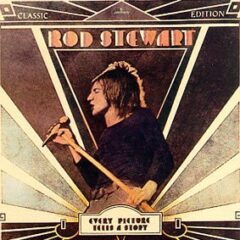 While the larger hit and another honorable mention for this list Maggie May also has a mandolin, this track not only has a mandolin in the track title but features the instrument as well as or perhaps better than any other song on this list!

Goin’ To My Hometown – Rory Gallagher

Before the Lumineers and the rest of the folk revivalists, there were the original musicians who were doing it. And of them, Rory Gallagher is underrated. Goin’ to My Hometown is not only of the time, but it is timeless, or at least its relevance has returned. That said, it’s my favorite discovery from the research I put into this playlist.

So, there you have it… The Mandolin Does, in fact, Rock! There are, of course, those who will argue that it doesn’t, but this playlist is just the tip of the iceberg… What are your favorite rockin’ mandolin tracks? Let me know, and don’t forget to share them on Twitter with me @AgentPalmer, but make sure to tag @olinernotes and @ReasonsAre!

Even the greatest of whales is helpless in the middle of a desert.
Look forward to great fortune and a new lease on life!
You are interested in higher education, whether material or spiritual.
More Fortunes >