What you should listen to: Fake Doctors, Real Friends with Zach and Donald (A Scrubs Rewatch Podcast) 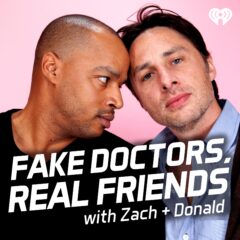 Yes, Fake Doctors, Real Friends is the Scrubs rewatch podcast, but it is more than that. It is two people who genuinely love and respect each other, reliving a shared experience, while sharing their other experiences.

So obviously the official podcast synopsis states that you should “Join Scrubs co-stars and real-life best friends Zach Braff and Donald Faison for a weekly comedy podcast where they relive the hit TV show, one episode at a time. Each week, these BFFs will discuss an episode of Scrubs, sharing behind-the-scenes stories and reminiscing on some of their favorite memories from filming. They’ll also connect with Scrubs super fans and feature beloved show cast members for exclusive interviews.”

But I have to reiterate that this is more than just a rewatch podcast.

Who Are the Players?

Zach Braff and Donald Faison are the hosts, and yes they did meet on the set of Scrubs, and yes they have become real-life friends, which they were in the series from the pilot onward.

Zach Braff, known in the universe of Scrubs as Dr. John “J.D.” Dorian, has a long and storied career as an actor, writer, and director, two of those are related to Scrubs being his start, and he wrote Garden State, his first feature film, in the time before the filming of the Scrubs pilot and the series being picked up and the start of production.

Donald Faison, known in the universe of Scrubs as Dr. Christopher Turk, has been in classics like Clueless and Remember the Titans, plus Felicity, Robot Chicken, The Exes, and many more.

The two are occasionally joined on mic by their producers Joelle Monique and Danl Goodman.

Guests appear quite frequently on the show often co-stars and guest stars from the sitcom that is the main focus of this podcast. As best they can, they try to match up stars with episodes featuring their characters.

What you need to know.

While I am coming late to the show, I’m listening somewhere in Season Two while episodes for Season Four are being released, if you’re not already listening there will be a few histories to relive when listening to this podcast from the beginning.

First, each of the hosts and their guests discuss where they were when the show was produced, as well as how they got involved with the show, either for a co-star with their audition story or for guest stars how the opportunity came about. 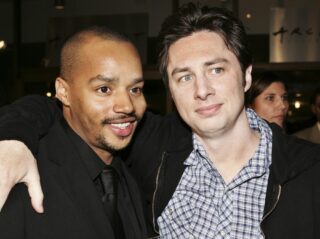 Second, there’s the series itself, in a larger sense, what has changed since the episode being discussed aired, and even where each person on mic was at that time.

Lastly, this show started at the beginning of the Covid-19 pandemic, which means that they discuss the events as they are unfolding, so coming late to the party means that starting with the first episode you will hear the pandemic run its course, through the hosts, as well as the social movements that occurred when the podcast was being recorded.

This is a rewatch show, so I do encourage you to watch each episode either before or after you listen to the podcast episodes, though you are under no obligation to do so. Sometimes I listen to a few episodes and then watch the corresponding shows because for me it’s more interesting to look out for the things they make note of. But it does mean I have listened without already having watched the episode recently, so it can still be enjoyable even without a proper rewatch.

Any podcast of any length will acquire inside jokes as the recordings pile up, luckily Zach and Donald have created inside jokes for the podcast, and explain any others from the Scrubs set as they arise.

That said, there are some regular segments that occur; 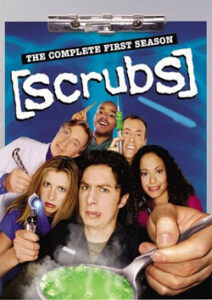 After rewatching Season One, Zach and Donald added a segment where Donald attempts to recap the episode in 30 seconds, since getting some feedback from listeners who were unable to rewatch the episode, giving more context to their commentary.

Every episode, the two hosts receive a listener question, where they get to digitally meet the fans, and they really do make the listeners a part of the show. This is also where Donald started introducing the guests with his own Oprah impersonation.

Speaking of themes, the theme song was written and sung by our fair hosts, but it is by no means the only singing you will hear from Zach and Donald. At any and every turn they both burst out in song whenever the opportunity presents itself. Luckily, they can both sing very well.

Why should you listen?

For fans of Scrubs, why you should listen is a no-brainer, because you already like Scrubs, but if you only caught it on occasion, or only watched a season or two on and off, the real reason to listen is for Zach and Donald. The parallels to J.D. and Turk from the show are not coincidental. More on this in a bit.

When to enjoy the show?

Whenever you want. For the most part, the show is light-hearted, however when listening, remember they do on occasion discuss current events (at the time of recording), so it’s not recorded in a vacuum. 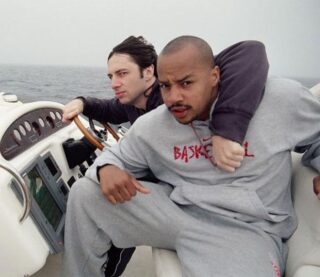 This is legitimately the closest celebrity show to the discussions that are heard between two friends who just start a podcast. Additionally, if you don’t know about anything beyond their Scrubs characters and perhaps Clueless and Garden State, you’ll get to know the rest of their filmographies.

You don’t have to watch their older stuff, but for context, it has been nice to know more about what they are discussing.

Real friends isn’t just a title. There are times when Z n D are just talking like any other two podcast co-hosts except that they probably have better stories and can name drop better personalities during them. And like I’ll state now, I’d love the two of them to continue the podcast even after the rewatch is over.

They genuinely love and respect each other, just like their characters JD and Turk on the show, and that genuine friendship also extends to every single other member of the cast and crew. Early on in the podcast run, there are a lot of personal stories that take place since Scrubs went off the air between the actors and/or creator Bill Lawrence. It’s just another example of how close they all are…

Because in the end, the diagnosis is clear, Fake Doctors, Real Friends with Zach and Donald is worth your time because as prescriptions go, nothing is as good as laughter.

Good clothes open many doors. Go Shopping.
A difference, to be a difference, must make a difference.
Let’s finish this up now, someone is waiting for you on that.
More Fortunes >