‘Val’ explores the true heart of an artist 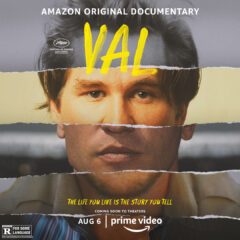 Over the course of 16 months, the world has learned a lot about Val Kilmer. If you ever wanted to get to know him as an actor, an artist, or the man behind all of that, you can through the April 21, 2020 release of his autobiography I’m Your Huckleberry, and the July 23, 2021 release of the documentary Val.

I’ve read and loved the autobiography, so I was curious about what awaited me in the documentary. It’s the same, but different.

I really did enjoy I’m Your Huckleberry. I thought it was superbly well written, if not downright artistic. And it appears that the autobiography was the loose outline for the documentary Val, written by the actor and narrated by his son Jack.

The differences between the two appear to be based more on what footage is available. Val, like some other artists before (most notably Frank Zappa), filmed a ton of behind-the-scenes and life footage that is more than enough to cover a few documentaries.

“My name is Val Kilmer. I’ve lived a magical life.” Kilmer tells us “a story about acting… Truth and illusion…” throughout the film. And while it may seem like a charmed life, it’s not without its strife. Very few artists escape the mortal coil without some struggle, and Kilmer’s is a deep artist’s struggle. 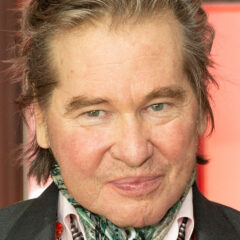 “It’s like I’ve lived my life and it’s sort of all in these boxes, but what is part of the profound sadness is that I know it’s incomplete. As much as I’ve filmed and as hard as I’ve tried, there’s nothing I can do to make any of it understood. I know that that’s not true, but it’s how I feel.”

As a creative person, perhaps not an artist, I understand that incompleteness. There are always ideas and glimpses of inspiration that we can’t quite grasp. Sure, there’s the stuff we do, but it’s still only just a piece. His story is unique, but he is not alone.

As his son Jack narrates the words Val wrote as the script of the narration, their voices intertwine on such a level that if it weren’t for the footage of Jack reading from the script, you’d swear it was a younger Val narrating.

From his youth to Juilliard to Broadway, to Top Secret, Top Gun, Batman, Heat, The Doors, Tombstone and so many other projects, the scenes may be edited for time, but the home movies and personal behind-the-scenes footage are sincerely who Val Kilmer was and very much continues to be. Despite his condition, he’s undergone two tracheotomies in the process of recovering from throat cancer, the film amplifies just how young at heart and vibrant Val is… He’s a clown and the life of the party through and through.

There’s a lot of camp in this film for such an authentic documentary, but it just adds to the authenticity of who Val is. Through all of the years of footage, in front of and behind the camera, on the stage or screen, and in interviews, the mischievous smile of an artist is always captured. It’s there… You’ll see it if you’re looking closely enough.

As the narration ends the film, it sums up best what this documentary is about, because it’s more than just the story of Val Kilmer.

If you’re still not interested, this documentary just isn’t for you.

If you’d like to explore the real heart of an artist, it’s absolutely worth your time.

Read the Secret File of technical information and quotes from Val.

Look forward to great fortune and a new lease on life!
You are interested in higher education, whether material or spiritual.
Nothing in the world can take the place of persistence.
More Fortunes >