Meet me at the food court: Jasper Mall examines a dying breed 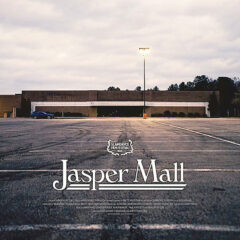 Jasper Mall is a documentary about where malls are as of 2020. The height of “mall nostalgia” isn’t enough to support the malls, so we’re forced to ask, “Where are they now?” They aren’t nearly what we remember, and unless something changes, they won’t be anything but myth.

There are some real shots at the beginning of this documentary that feel like they belong in a surrealist film. Empty mall. Empty parking lot. Empty sky. These shots, while beautiful, are also haunting.

The documentary does its best to be as optimistic as the patrons, proprietors, and tenants, but it’s just a sad end to a once proud empire. And, boy, do I mean empire. I’m a child of the 80s and early 90s, and even up to the millennium, malls were still the place to go.

When the dot com bubble burst, the few survivors rang in a new online era. For me, that’s the moment malls became extinct.

Obviously, they still exist. Further, the feature of this documentary, Jasper Mall, appears to be doing better now than it was during the filming, but it does raise some questions about the intersection between capitalism and community. Malls, after all, had something for everyone. 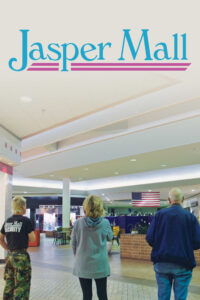 If you needed a place to chill out and kill time, you could do that and be in a safe place away from the elements. That’s very different from the attitudes portrayed by downtown associations – those pesky groups that have, at times, detested malls for taking tenants and patrons away from urban shopping centers.

This battle gave rise to the malls that have faux main streets with shops lined up. But with the push from local governments to give more importance to downtown, malls have an enemy other than online shopping.

So, where can you go now? The few malls, like Jasper Mall, that are left are doing their best. The documentary shows carnivals and Santa parades, events that increase foot traffic for a small period of time, but that’s not sustainable.

I think I personally lament the passing of mall culture. It was fun to “people watch,” and window shopping was something I did when I wasn’t old enough to buy much of anything. If you were like me, you’d jump in the car with your friends, head to the mall, walk around for a bit, perhaps buy one or two things, have a meal in the food court, hit the arcade, and that would be your day.

While that can still be done, malls are losing tenants. As they become just half-filled or worse, walking around for hours becomes harder to do.

That was part of mall culture. If you were under the age of 25 when malls were still a destination, that’s what you did. One of the tenants says “I started coming to this mall in 1982, when it opened. It was the place to be. I mean, every weekend, this mall was crowded. Every day. Well, being a young man back then, that’s what we’d come to the mall for, was to bird-dog girls. And there was plenty around here. This mall was just packed out. Was a beautiful mall at the time.” 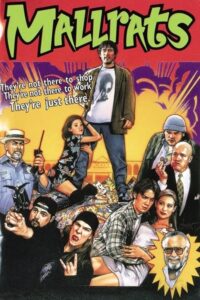 That’s the epitome of films like Fast Times at Ridgemont High and Mallrats!

But at the end, that same tenant says, “I’ve been in this mall eight years, and I love this mall. I’ve fought for this mall, and done everything I can for this mall. But I can’t make a living here.”

Sadly, there’s not much any of us can do. Unless mall culture comes back, those malls will be fighting to stay relevant in the commercial space for a long time.

With corporations toying with more permanent work-from-home solutions, the downtown associations are going to have even more real estate open. That push to bring people back downtown and bring business there, especially retail and restaurants, will go into overhaul when the corporate white collar leases don’t get renewed. This’ll put even more pressure on the malls, who already have their hands full while fighting online shopping.

If you want to relive mall culture, watch Fast Times or Mallrats, but if you want to see what’s become of those malls, watch Jasper Mall.

Read the Secret File of technical information and quotes from Jasper Mall.

Today it’s okay to make a few choices by going with your instincts.
Let’s finish this up now, someone is waiting for you on that.
To let another into your heart, first let yourself in.
More Fortunes >