Welcome to Earth: Will Smith is all of us on our ever-connected planet 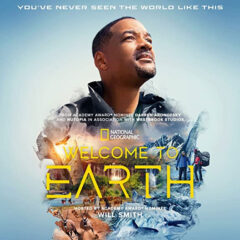 Learning can be a product of doing, but it can also be generated by listening. This is the takeaway that I have from watching Will Smith in Welcome to Earth. This series produced by National Geographic and available under the Disney Plus umbrella is not your typical nature documentary.

A good story can teach us a lot if the story is done well, and Welcome to Earth is great authentic storytelling. It’s layered in the right way to be both scientific and approachable, in something reminiscent of the feeling some of us used to get when a TV and VCR were being rolled into the classroom. It’s perhaps an even more approachable medium than the Cosmos reboot starring Neil deGrasse Tyson.

And it doesn’t hurt that watching Will Smith learn is as entertaining as anything else you’ll find on television.

Personally speaking, I’ve been hooked on documentaries of late. Perhaps I want something to fill my time that isn’t meaningless – though there is meaning in every story – but this series is a little of both. It has meaning and story, and you don’t have to search for either!

Watching Will, you experience this stuff for the first time, and his reaction is probably what ours would be – awe, fear, wonder, or anything else – as he goes to these hidden depths and exotic locales. 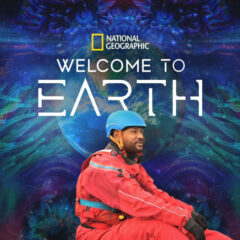 There are just six episodes in season one, which could very well be the only season. They are The Silent Roar, Descent Into Darkness, Mind of the Swarm, Power of Scent, Speed of Life, and Beyond Fear. Together, these become greater than the sum of their parts.

One of the best things this series does is connect things in a concrete way that we only presume. We all joke about the Marvel Cinematic Universe and how it’s all connected, but in the real world where we live, that same “it’s all connected” sentiment isn’t just hyperbole. This series gives you many examples of that.

Of course, Will Smith the human, the actor, the musician, and all of his other collected titles, isn’t going on these adventures alone. He meets up with adventurers, scientists, and those who straddle the worlds of both, studying through both acts and observations.
Albert Lin actually has a few of the better series-defining quotes.

In Episode five, Lin says, “So here’s the deal. I’m taking Will across the oldest desert in the world. And at each pit stop, I’m gonna use state-of-the-art technology to try to reveal how much of the world he’s actually missing.”

Obviously, it’s not just Will who’s missing these things. We all are. Even the most jaded among us can agree there are parts of this world we just don’t understand, many because we don’t see them. This series takes you to some of these places. Will really is a proxy for us, the audience, throughout the series. 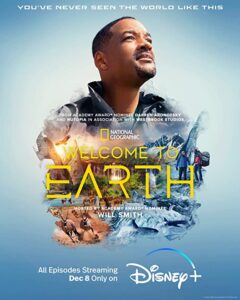 “My perception would have limited my experience, if I wasn’t following you,” Smith says to Lin. That feeling is applicable to the adventurers, explorers, and scientists he follows throughout the whole series.

Will’s experience leads him to an understanding that might be important to know going in: “It’s tempting to think that what we see is all there is. But every minute of every day, there are other realities living alongside us. Each one as perfect and precious as ours.”

Please go and add “Welcome to Earth” to your watchlist because, as Will says, “You’re always happy you did it afterwards.”

Your moods signal a period of change.
To let another into your heart, first let yourself in.
Nothing in the world can take the place of persistence.
More Fortunes >