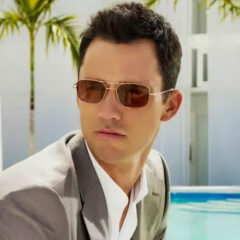 I’ve recently been rewatching Burn Notice. My partner never watched it, but she has taken a liking to the show, which is great, but it also got me thinking.

When I talk about my favorite spies, I often forget to mention that I do enjoy the character of Michael Westen, and I think often because it was on TV it gets lost in the shuffle.

Burn Notice originally ran from 2007 to 2013, and Westen (Jeffrey Donovan) had some big time, big screen competition in those years. Daniel Craig had two James Bond appearances with Quantum of Solace (2008) and Skyfall (2012), Matt Damon finished his run as Jason Bourne with The Bourne Ultimatum (2007), Tom Cruise’s Ethan Hunt had another impossible mission with Ghost Protocol (2011), and Gary Oldman’s George Smiley hit the theaters in Tinker Tailor Soldier Spy (2011).

Whether discussing your favorite fictional spies on the page or on the screen, that’s some serious competition for Michael Westen. Let’s not forget the myriad of spies from the Marvel Cinematic Universe who graced the screen during that time, which would have included multiple appearances from Nick Fury, Natasha Romanoff, Agent Maria Hill, and even Agent Coulson depending on how you look at it.

The point is, Westen wasn’t alone. This isn’t the 60s where you had books of Bond, Smiley, or Harry Palmer. Fast forward to the 70s and you have to replace Palmer with Samson while Bond and Smiley kept on doing their thing.

In just the time Burn Notice was on air, there was a lot of heat on Michael Westen to make a name for himself. While the show was well written and given a good budget to look the part, he’s still in the pack. I don’t even have him as my favorite spy during that time period, which would probably be Damon’s Bourne, but Westen is up there for me, and he should be for you too. 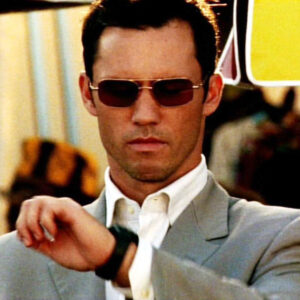 Let us also not forget that at that time, his only television spy series contemporaries were Chuck and Archer.

Why do I say all of this? Why does it matter how crowded the field of televised espionage was? It matters because if Burn Notice had run from 1990 to 1995, when Bond movies were not being regularly released until GoldenEye in November 1995, he would have been celebrated. He would have been alone, had the stage to himself, and perhaps been more a part of “best spy” or “favorite spy” conversations.

Westen gets lost in the shuffle, not because he’s not good at what he does but because he’s arguably on the same level as James Bond, Jason Bourne, Ethan Hunt, and George Smiley. It also isn’t lost on me that during the latter seasons Burn Notice turned into a cross between the A-Team and MacGuyver, gaining an overarching plot but still managing to help out someone in a difficult situation against bad guys, thugs, mobs, thieves, con artists, etc.

His spycraft is well documented and, like Bond, his name opens doors and sends shudders down bad guys’ spines, meaning his reputation is good.

If you haven’t given the show a watch, it’s on a few streaming platforms, so choose the most convenient one for you.

Remember, while he doesn’t have to be the spy you settle on as “your favorite,” he definitely deserves consideration in the conversation. He’s already been burned once… Don’t burn him again.

Today it’s okay to make a few choices by going with your instincts.
You are interested in higher education, whether material or spiritual.
To let another into your heart, first let yourself in.
More Fortunes >