The Bear serves up drama in half-size portions 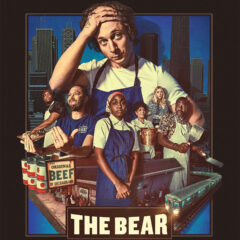 From the very beginning of the series, The Bear from FX is a tense, anxious, anxiety-ridden tale of heartbreak, depression, passion, food, and change. Because of that, I didn’t binge it. I couldn’t have even binged it if I wanted to. The episodes are so raw that I need the time in between, even if it was a day, to calm down.

It’s well written, brilliantly acted, and insofar as I can tell, it’s the closest real-world depiction of many descriptions from Anthony Bourdain’s Kitchen Confidential that I’ve ever seen on any screen.

If you haven’t heard of The Bear, it aired on FX and can be streamed on HULU. It starts with Chef Carmen (Carmy) returning home to Chicago to run his family’s restaurant after his brother commits suicide and leaves the restaurant to him.

Carmy comes from some of the greater heights of the white tablecloth culinary world, and there is an inevitable culture clash upon his return to his family’s mom-n-pop sandwich shop.

There also exists a ton of metaphors for change throughout the season. The changes to make it a better place, versus, this is a “delicate ecosystem” and “this is the way we’ve always done it” mentalities. The metaphors are much larger than they appear on screen, which is a testament to how great the writing is.

But it is the acting that really made this show hard to binge. Everything is acted on a knife’s edge. It’s high anxiety because it is supposed to be. Almost all of the characters are grieving in their own way, or perhaps they’re in denial. Season One doesn’t take you on a full journey to acceptance, but it’s not supposed to. It’s supposed to tell a story, and this story is raw. 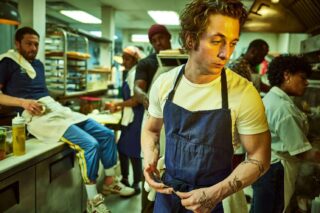 To borrow an overused cliche, this story is like an onion. It has layers, but when it’s raw, it’s hard, crunchy, sharp, and pungent. But when you cook it down, it softens and sweetens. That’s what The Bear is like. The more you watch it the softer it gets, not in what you’re watching, but it kind of just melts into you.

Season one is eight episodes, and while each episode averages about 22 minutes, standard fare for television, it’s not as large as some other series even with its double-length season finale. However, it is episode seven that everyone was and is talking about. It’s a one-shot. One single shot is impressive for an episode that delivers so much in just a singular location and still successfully takes you on a journey.

I would highly suggest this show to anyone who needs a change-up in their entertainment. It’s a half-hour drama. That seems unlikely at the best of times when a half hour usually means TV comedy and a full hour means TV drama, but this show obviously goes against the recipe.

Fame and fortune are coming your way.
Nothing in the world can take the place of persistence.
Even the greatest of whales is helpless in the middle of a desert.
More Fortunes >