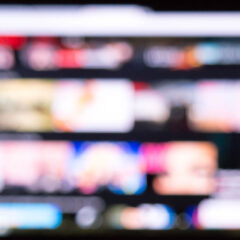 I’m not sure how or when it happened, and it’s not like I suffered greatly from it, to begin with. But I no longer even consider myself a victim of FOMO, the Fear Of Missing Out, when it comes to consuming media.

It goes back to “Must See TV” and the idea of “Watercooler Talk.” And perhaps that is where we should begin.

With so much remote and hybrid work, there just isn’t the same workplace environment that there used to be. So you’re less likely to have last night’s episode of whatever spoiled for you at the watercooler because you’re probably not gathering around there anymore. But that is the smallest piece of the puzzle.

The largest and most important piece of the puzzle is truly the amount of content that is being released on a daily basis and the amount of platforms on which to consume it. Recently, both HBO’s House of Dragon and Amazon Prime’s Rings of Power have done well for their respective audiences, but this isn’t NBC, CBS, ABC and FOX all going head to head at 8 p.m. on a Thursday night.

And while that doesn’t mean people won’t be talking about it the next day, it does mean that if you aren’t already paying for HBO or Prime, you’ve made your decision already. You’re unlikely to feel like you’re missing out. Otherwise, you’d probably already have those services. This age of streaming is so unlike the TV wars of old, which is an important distinction for what I’m about to say. When everyone had cable or even over-the-air channels, NBC, CBS, ABC, and FOX used to compete, because it was a competition at that time.

Now, competition starts and ends with the campaign to get you to sign up for the service or cable in the first place. That’s where the battle for eyeballs starts and ends. 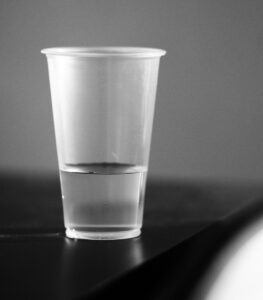 And then we move on to part two. The “watercooler” as it still exists isn’t quite the cultural clearinghouse that it used to be in, say, the 90’s. If you’re gathering there, you’ve already “geeked out” about last night’s episode on the social media platform of your choice or had it ruined by someone who stayed up until 3 a.m. Eastern Standard Time just to spoil everything about the show immediately. By the next day at work, you’re just rehashing what some other fan retweeted that was more succinct than your thoughts, and if we’re being honest, you’re probably going to try to pass it off as yours.

So how does this all relate to the FOMO of it all.

Well, let’s revisit where we are.

The Watercooler was the most FOMO-inducing place in the office for someone who missed an episode last night. All of your coworkers would be talking about it the next day. In the days before TiVO and recording, you had to rely on your VCR recording and timing skills if you wanted to make sure you didn’t miss anything. But most of that is gone now because that watercooler talk happens among fans live on the internet as the show is being consumed. 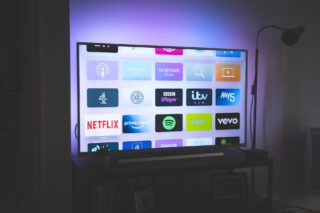 People are less likely to still be amped to talk about it the next day. And if they are, your FOMO can be countered by their FOMO.

What? Yeah, this goes back to the first point. With so much being released so often, a sports fan who enjoyed House of Dragon the night before might have missed an amazing game. You’re safe from FOMO because you may have missed something, but so did they!

Personally, as I’ve stated recently on podcasts, I am behind in my Marvel Cinematic Universe, Star Wars, the household favorite of Jurassic World: Camp Cretaceous, the finally released second season of Primal, and a few movies as well.

But I’ve been watching my Baltimore Orioles exceed all expectations. I’ve been watching the return of college football where, since it’s early in the season, hope still springs eternal for some fanbases. I’ve been watching videos from some of my favorite Content Creators, and since I intend to get to the list in the previous paragraph, I don’t feel like I’m missing out at all. I just haven’t gotten to it yet. 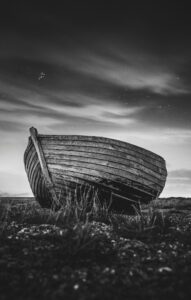 Even more poignant is that the friends I have who tell me they want me to watch something all understand that I’ll get to it after wading through a sea of content. We’re all inundated with the tonnage of new audio, video, and text content that we are notified about in our inboxes and social platforms. We’re all in the same boat.

While some of you may think that you’re on top of it, I guarantee you that you are not. Nobody can be. I have accepted that, and so should you. Consume what you want when you want. The watercooler is retired, and your friends will be happy to revisit a show they watched months ago when you finally complete your consumption of it.

Even the greatest of whales is helpless in the middle of a desert.
Today it’s okay to make a few choices by going with your instincts.
Courtesy is the password to safety.
More Fortunes >