Everyone one of us has done a Google image search to find interesting things. I prefer to get my interesting things from DeviantArt. The quality of the images and art there remain at a high quality despite being freely open for anyone to join.

Here are a few jewels I’ve found along the way. 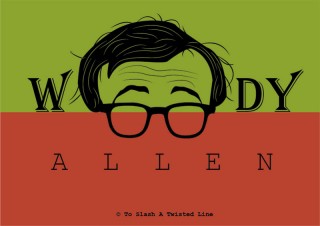 Woody by Slashaline on deviantArt

Woody Allen is an amazing writer, actor and director. I’ll admit that his movies aren’t for everyone, but they remain classics of modern cinema. This “simple illustration” as the artist slashaline calls it is simply brilliant. Woody’s hair and trademark glasses are all you need to see.

You don’t even need the text to know who you’re looking at. The two tone color selection seems perfect and I can’t even tell you why, it just seems that way. 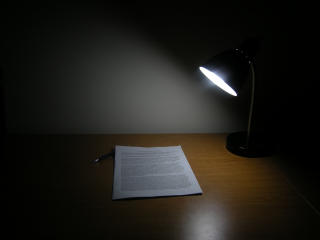 This is an oddity if I ever saw one. I have attempted on numerous times to work effectively, efficiently AND maintain a clean desk. I cannot. I find nothing wrong with that and when it gets overwhelmingly bad, I take the time to clean it up, knowing full well it won’t last long and I’ll have to clean it again. But such is life. 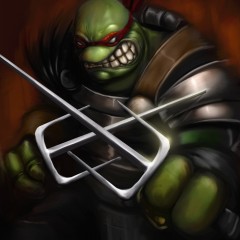 Raphael by Boybalasa on deviantArt

Anyway, they transported themselves back into ancient Japan. This is not that. This is a mean, angry Raphael as a Roman Legionnaire. You don’t want to mess with this Raph.

It does appear that he could take out every foot soldier Shredder could throw at him and for good measure, I bet he could do it without any of the other Turtles. 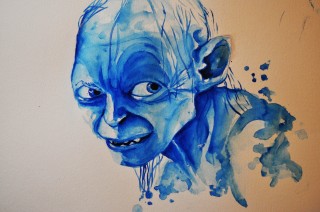 Gollum by Piosevik77 on deviantArt

Lastly, we have Gollum. Lastly? Well, it’s kind of like saving the best for last, I mean look at this thing! The artist TaiGyoza said he painted it with “aquarell, one color only.” Well, that’s pretty cool in and of itself, but in the caption to the image he said something I completely agree with, “the whole hobbit soundtrack it’s incredible.” I agree, the music that Howard Shore put together for the Lord of the Rings and the Hobbit is as epic as the story. I like to think that he was listening to one of those soundtracks as he painted this. Either way, it’s precious.

And that’s all for this episode of Small Oddities.

Fame and fortune are coming your way.
To let another into your heart, first let yourself in.
Courtesy is the password to safety.
More Fortunes >