Rotospective: Looking to the “Last Days of Coney Island” as the Return of Ralph Bakshi

In February of 2013 Ralph Bakshi launched a Kickstarter campaign to fund “Last Days of Coney Island.” The project to be “an animated cop, mafia, horror movie set in the 1960s in Coney Island, with political overtones both realistic and outrageous” was funded by a very successful and impressive Kickstarter campaign, which garnered the sum of $174,195 from 1,290 backers. Release is slated for 2014.

In an interview with Nerdist News Bakshi says, “It’s a detective murder-mystery taking place at Coney Island… but what it’s about is the disintegration of what’s happening to us.” And if you’ve read any of my Rotospective thus far, there should be no doubt in your mind that Bakshi can realistically paint a portrait, in animation, of what is happening to us. 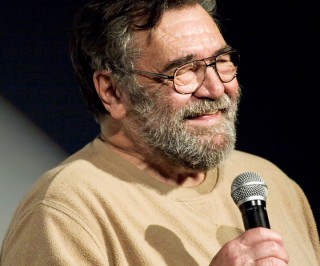 Ralph Bakshi is Back

In the promo, Bakshi describes the project in more detail.

“It’s a series of films I’ve always wanted to do. The film’s about us, who we are, what we are, even if it hurts. It’s a series of shorts. That tries to push the boundaries of 2D animation. Last days is about us… It’s the future with Peace riding, it’s tomorrow with Jimi Hendrix and Bobby Dylan… It’s time to do more and that offers me the freedom of not having to fight anymore. Wow, what a concept. I need your help. help me do something for animation that isn’t driven by making you happy and stupid.”

This is a concept at the heart of Bakshi’s work. His projects with Bakshi Productions (BPI) always make you think, his films speak to you as though you are smart and it’s not dumbed down just because you may not understand something. He continues: 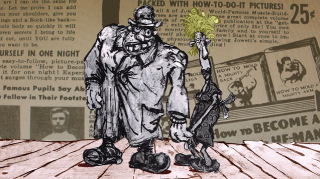 “This all takes place at Coney Island. The strange island and strange rides in a strange landscape of twisted iron and leering faces, strange… Louie, Max are cops. Max loves sweet call-girl molly more than anything, but he still let Louie talk him into busting molly’s house for a promotion and extra money. She got sent up the river, his girl. Now years later, Molly’s coming home. Kennedy’s assassination and the civil rights movement, she’s a changed girl, but so is everyone else… Max and Molly are just two of the many characters I’ve designed for these shorts. They live their crazy lives through a changing america.”

In an interview with Media Mikes, Bakshi says, “if I succeed in ‘Last Days of Coney Island’ doing hand-drawn R-rated film, which is possible not probably…but possible. If I get to make this into a feature and its makes big money like ‘Fritz the Cat’. All of Hollywood is going to say ‘Oh my God, hand-drawn and R-rated?’ and everyone would be put back to work. So we may make it…we may not. It is very close.”

I applaud Ralph Bakshi. He’s going to make this project on his terms and I’m rooting for an over-the-top success. It’s not just because I am a fan of Ralph Bakshi, it’s because I grew up before computer animation trumped hand-drawn animation. I have a reverence for hand-drawn animation because of the blood, sweat and talent that was put into it. Earlier in that same interview Bakshi makes this point from his own experience in response to the question, “how do you feel your style of animation stands up in today’s times?” 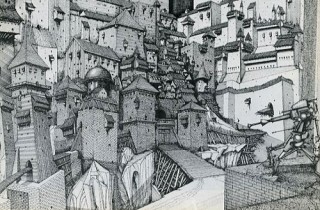 Speaking of art, it’s worth mentioning that Ian Miller is back with Bakshi to do some more fantastic art for the project? Yeah, Bakshi appears to be getting the old band back together (and who could blame him). Miller was with Bakshi on Cool World and Wizards. If you’re not sure you know Miller’s work, he was responsible for the epic backgrounds of Scortch in Wizards.

Until the official release date is announced you can get your fill of Bakshi news and art on Facebook or go to Vimeo, there Bakshi currently has two (possibly more to come) behind-the-scenes videos on his official channel. When I watch the behind-the-scenes, I get excited. The master of animation and storytelling is back, he’s laughing and having fun doing animation, and although Hollywood and the mainstream media may have their own ideals, true fans of animation should rejoice. Bakshi IS back!

Fame and fortune are coming your way.
You are interested in higher education, whether material or spiritual.
Look forward to great fortune and a new lease on life!
More Fortunes >