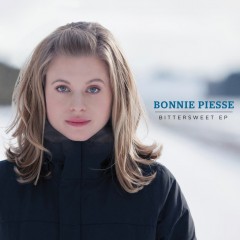 This is a story of the release of Bonnie Piesse’s Bittersweet EP, her debut album and a good one at that. But you can’t talk about the music without talking about Bonnie’s perseverance to get the Bittersweet EP made. The story of this EP is a phoenix rising from the ashes, only this time the phoenix is a talented singer/songwriter, who also happens to be the actress who played young Aunt Beru in the Star Wars Prequels.

Bonnie finished her debut album “The Deep End” only to have it go unreleased. On her site she says “My heart is a bit broken I admit. I’ve been going through a kind of grieving process… that album is like my baby… I put my heart and soul into creating it for years… I had so many grand dreams for it (as did many people) and it’s deeply sad to let it go.” 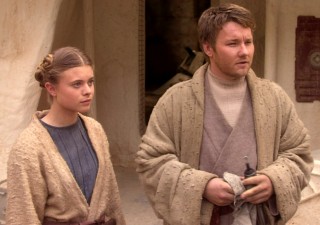 But when life gives you lemons, you make lemonade. So Bonnie decided to make an EP with the help of Indiegogo.com, a crowdsourcing platform similar to Kickstarter. She named the campaign, “Help Bonnie Make An EP” with the simple tagline of “Bonnie’s recording a new EP and you’re invited to help make it happen!”

How did she do? She had plenty of lemonade, on a goal of $8,000 she raised nearly double finishing with $15,201 to fund the EP. But Bonnie’s perseverance is more than just making lemonade out of lemons. On her campaign’s page she wrote her mission, “I believe music has the power to inspire people, help them feel more deeply and connect more with themselves and their highest dreams of who they want to be, and with this EP, I hope to help people do that!” That’s a pretty big dream, but it was the section she wrote for Return on Your Investment that says all you need to know about her.

Even if I don’t raise the full $8000 I’m committed to making this EP, so I will get your prizes to you even if I need to fund some of it out of my own pocket!

That’s strength of character, that’s perseverance and that is Bonnie Piesse.

The EP was made and released, so she did what any musician would do, she went out to promote her album. But this is where Bonnie has a leg up on most aspiring musicians. She’s already an established actor, and at that, she’s been an actor in arguably one of the most well-known franchises on the planet, Star Wars. 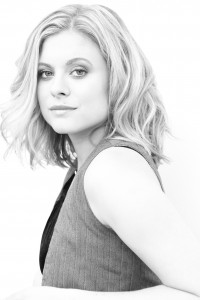 I met Bonnie at The Great Allentown Comic Con, she was there to meet fans, sign autographs and sell her album. She’s able to do Cons because of her affiliation with Star Wars, but she told me that the attendants are usually willing to support her by buying an album. This doesn’t surprise me in the least, most people I meet at Cons have dreams of their own, so helping someone else’s is a no-brainer.

Anyway, the album is amazing. Bonnie isn’t just another pretty actress, she’s also a great singer and songwriter. This isn’t just my opinion, she’s won numerous songwriting contests throughout the world. I, for one, hope that she gets to launch her debut full length album soon, because I’m sure she’ll do well and the Bittersweet EP just leaves you wanting more.

There are, for those who don’t have patience, two more songs on the Video page of her website and the Live Promo embedded below as well. She has stated that she’ll continue to pursue a career in music and acting, so with the perseverance that helped her complete her debut album, now available on iTunes, I’m sure we’ll all be seeing more of our favorite Star Wars Aunt, Bonnie Piesse.

To let another into your heart, first let yourself in.
Nothing in the world can take the place of persistence.
You are interested in higher education, whether material or spiritual.
More Fortunes >