The Inbetweeners has landed on Netflix so Why Don’t You Give it a Go? 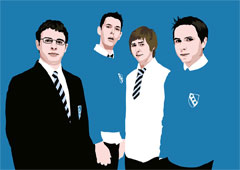 The Inbetweeners is a great show, full of the exact realistic awkward moments that most American teen dramas miss. Friends and friendships, cliques, families, booze, minge, clunge and sex. Not sure what I’m talking about? I’ll be sure to explain the lingo as I go along, it’s not just English lingo, it’s Inbetweeners lingo.

The show exists as three seasons, six episodes a clip, plus one full length movie and another currently in production. 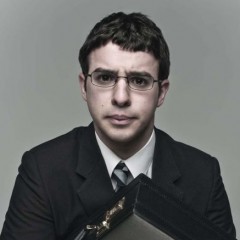 Will Mckenzie – The Briefcase Wanker

First up, is Will McKenzie, the principal character and narrator of the show. Called “briefcase wanker,” because he carries a briefcase, the show starts out with him at his first day in a new comprehensive school.

Will is a dolt. He’s a witty, level-headed chap, who you can’t help but root for. But he does have his issues, social ones.

Having haphazardly fallen into this group of friends is the only social grace he ever really finds. He has issues controlling his tongue while drinking and has very little skill with the girls. Again, he’s immensely easy to root for, but you can also see why others think less of him. 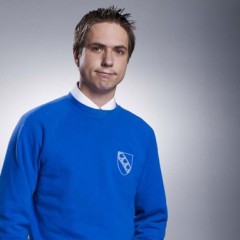 Simon Cooper is in love with Carli D’Amato

Simon Cooper is Will’s best friend. He’s supposed to watch out for Will on his first day, but they seem to get past his first impressions of Will and become friends.

Simon, is hopelessly in love with Carli D’Amato, she is his Achilles’ heel. But like Will he isn’t that skilled with the ladies, or is he. He seems to have a little less trouble than the rest of his lot with the opposite gender, but his hangup on Carli usually gets in the way. 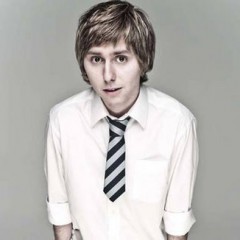 Jay Cartwright is a Liar

Jay Cartwright is a liar, full of tall tales and bullocks! In fact, there is a whole episode devoted to the guys calling him on his shit.

He is obsessed with sex, has an exquisite imagination and an ego the size of the planet. But the truth however, is that he is just as unskilled and unpopular as the rest of his lot, but his imagination and ego make him think otherwise. 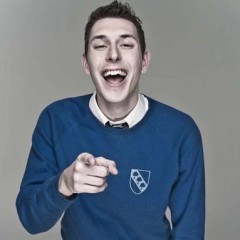 Neil Sutherland is the Dumb one

Neil Sutherland is the dumb one, every group has one. He’s plays it slow, only usually he’s not playing.

He tends to be in his own world, regardless of what the others are doing, but he is pliable enough that he will go along with whatever the others suggest.

We’ve all known a Neil, he’s happy-go-lucky chap who could really care less where he is or what he is supposed to be doing, provided he’s entertained.

They don’t go into much background before Will joins the group, except that Simon and Jay have been friends for forever. The dynamic though doesn’t put those two together very often. Most of the time, even when they are all together, Will and Simon are one faction and Jay and Neil are the other. There are plenty of crossovers within these factions of course, but for the most part that’s the way it goes.

The lingo in this show is unique to itself. Time to get out your urban dictionary. Clunge, Slang term for Female genitalia. Minge, is not the actual vagina, but the hair surrounding the area. On the labia majora and the pubic mound. Loose, shaggy hair that is not neatly trimmed, and may be a little fragranced with ‘girl perfume’. These two words are usually spoken multitudes of times during an episode, mostly by Jay who’s telling an exaggerated tall tale. 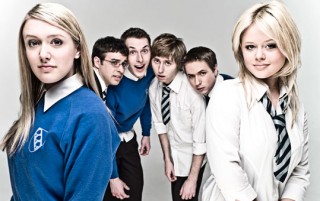 The Inbetweeners with two Love Interests

Although the series is comprised of 18 episodes and a movie (with another coming along in development), the plots usually revolve around one of the main characters’ love interests or some plot by Jay to get drunk and get some clunge. This isn’t always the case, but it covers many of the episodes. Most of the time, the two aren’t mutually exclusive, as you will find both overlapping in most episodes. The third repeating plot construct commonly has something to do with their education, not learning per se, but a school dance, a fashion show, a trip, etc.

The truth is, there are no equals to this show. Dawson’s Creek, is overly dramaticized, Freaks & Geeks comes close, but misses on the teenage male’s fixation on sex and the only shows I can think that might come close are Undeclared or Undergrads. Undergrads isn’t that comparable as it is animated and Undeclared takes place in college, but does have a group of guys fixated on sex, so it’s probably the closest thing, yet it’s still much more dramatized than The Inbetweeners. 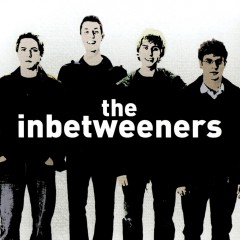 This is just a good show. Well written, witty dialogue, related characters and the realistic awkwardness of adolescence. It will remind most of their high school youth, unless they were captain of the football team, and even then, it will remind them of guys they knew, or more precisely, guys they picked on or ignored. I’ll admit that the show isn’t for everyone, but seeings as how The Inbetweeners has landed on American soil via Netflix, I don’t see why anyone shouldn’t at least give it a go. 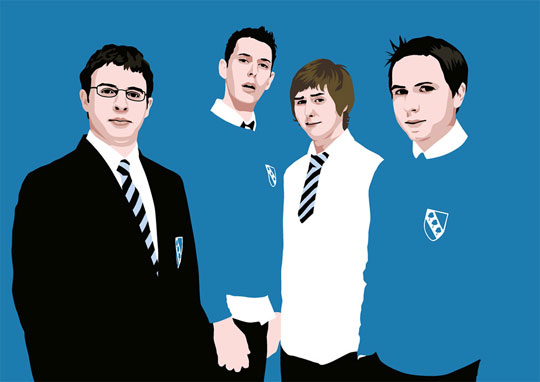 Today it’s okay to make a few choices by going with your instincts.
Your moods signal a period of change.
Even a broken clock is right two times a day.
More Fortunes >