Inside Sports: A Brief History and Explanation of NCAA Basketball’s March Madness 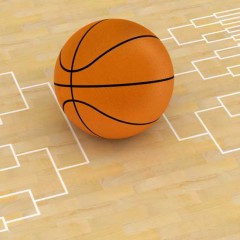 In early March we start to hear things like; bracketology, RPI, eye test, automatic bid, Cinderella, sleeper, dark horse, and it all means that the Madness of March is approaching. A time, when for a brief moment at least, in the United States, everyone is connected to their media devices wondering who will win in the NCAA Basketball Tournament and how it will affect their bracket and what each win or loss will do to their standing in the office bracket pool. 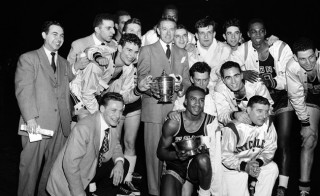 In 1950, the NIT was comprise of 12 teams and the NCAA only a mere 8. That year, the CCNY Beaver’s won both tournaments. The feat would never be accomplished again as the NCAA ruled that no team could compete in both tournaments. Not long after, the NCAA Tournament took over in notoriety and prestige.

Not to worry, there’s still postseason play for those who don’t make it to the NCAA Basketball Tournament. The NIT, still exists and has also expanded from it’s 12 team field in 1950 to 32 teams, with a brief period from 2002 to 2006, where it ballooned to 40. But the NIT is not what all the Madness is about. 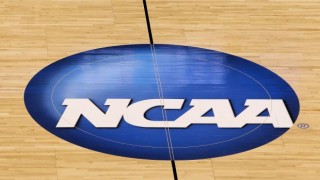 Selection Sunday is the Sunday before the Madness starts, where the field of 68 is announced. Qualifying for the Big Dance is done in two ways; get an automatic bid or be selected as one of the 36 best remaining teams for an at-large bid. 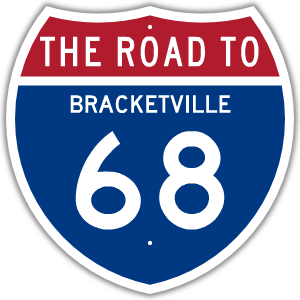 68 Team get chosen for the Big Dance

The 36 at-large teams are chosen by a selection committee. These teams are evaluated based upon their regular season body of work, how well they did in their respective conference championship tournament (if applicable) and other statistics such as their national rank and RPI. This is where the word “Bracketology” comes into play, as it is the process of speculating and predicting the field of 68 or more specifically, the 36 at-large teams that will fill out the March Madness field.

The selection committee also takes the 68 teams and gives them seeding to determine where in the bracket they will be. #1 seeds have yet to lose in the first round in the Men’s tournament, although it’s just a matter of time, it has already happened in the Women’s tournament in 1998 when #16 Harvard beat #1 Stanford. Seeding is how upsets are determined, as the committee tries to rank the 68 teams from 1 to 68. The top four all get #1 seeds in each of the four regions and the next four all get #2 seeds, etc.

Once the selection committee is finished with their work, it is announced on Selection Sunday and the Brackets are revealed. This is when life in America changes for almost two weeks. 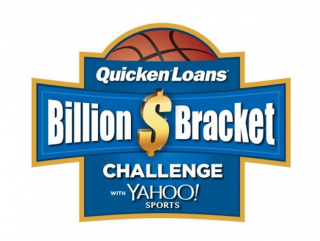 The Brackets are then dissected and researched, in the hopes of winning the office bracket pool. Although now, with ESPN and Yahoo, those pools can be for your office or your city or country, there’s a lot more people who may ridicule your decisions, or curse them.

The goal used to be to win the office pool, have the better bracket than everyone else for bragging rights until next year, but now with the help of Warren Buffett, Yahoo has announced the “Quicken Loans Billion Dollar Bracket Challenge.” If someone posts a perfect bracket using Yahoo to power their office pool, they will win $1 Billion. This is a fairly safe bet for Warren Buffet and the people at Quicken Loans. The estimated odds of winning are either 1 in 4,294,967,296 or 1 in 9,223,372,036,854,775,808, depending on who’s calculating, either way you have a better chance of winning the lottery.

So beyond winning the local pool, there is now an added “Search for Perfection” to win and have bragging rights over, you know, the world. But how does one decide, which teams to pick and how far each should go in the tournament?

Flip a Coin to Decide who to Pick

There are many statistics you can look at, who has a good Senior Forward, what teams have coaches who have been there. You can go with conference formulas, such as ACC over A10, PAC 10 over WAC. But my favorite are the stories of the wives and girlfriends, who win pools by filling out their brackets with no intent on using basketball knowledge; what team has the better mascot, what team as better colors, I know someone who went to school there, and I’ve even heard of people, not just women, rolling dice and flipping coins.

Really, when it comes to filling out your bracket, it’s all you. There can be no help. Even the television, “experts” get it wrong. And why is that? Because of Cinderella.

Cinderella is a term used because the tournament is sometimes referred to as “The Big Dance.” A Cinderella is a lower seed, usually a double digit seed, that goes farther into the tournament than expected. Based upon the last few years, Cinderella’s usually come out of the #12 vs. #5 matchups, which seem to be trap games for the #5 seed. These games don’t have to be close buzzer beaters, but games like that, regardless of seeding, make up the magic moments of March Madness. 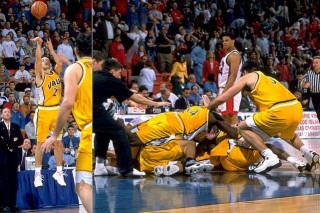 Those are all seed related moments, but it’s not all about the seeding. 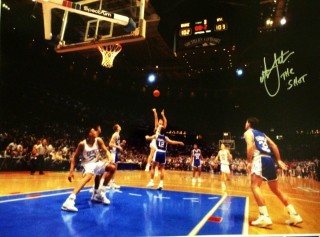 Duke’s Christian Laettner with The Shot to beat Kentucky

In 1993, Chris Webber called a timeout in the Title Game, when his #1 Michigan team, comprised of the Fab Five, didn’t have any timeouts left to call, allowing #1 North Carolina to get two shots and the ball, as a result of the technical foul Carolina won the Championship. In 1983, the North Carolina State Wolfpack, upset overwhelming favorite University of Houston or “Phi Slama Jama” with a miracle rebound and dunk by Lorezno Charles as time expired. And of course, there is “The Shot” a miracle, nothing but net, basket by Christian Laettner in the 1992 Regional Finals to beat Kentucky, which is probably one of the greatest March Madness games ever played.

All of these upsets and miracle finishes have a home in March Madness and the highlights of those games and moments have a home of their own, thanks to CBS. The song, and accompanying video highlight reel is called, “One Shining Moment,” and since 1987 it has been used to end CBS’s coverage of the NCAA Men’s College Basketball Championship. Whether your team wins or losses, whether your bracket holds up or is decimated on the first day, “One Shining Moment” is an amazing piece of video editing, done every year by CBS and it’s a perfect end to the Madness of March, sung by Luther Vandross.

Last but not least, try to make sure you take off from work for the first full Thursday and Friday of the tournament if you want to watch. You don’t want to part of the estimated billions of dollars in productivity lost due to slacking on the job while the tournament is going on.

Sharing little joys offer great hope to others.
Your moods signal a period of change.
Let’s finish this up now, someone is waiting for you on that.
More Fortunes >